Rebecca Leveille is a notable contemporary American artist who works in a figurative mode. Freely mining both art historical sources and contemporary painting, she cites influences ranging from Titian to Walter Robinson, Fragonard to Kara Walker. Her practice translates pictorial practices and inner mythologies through her distinctive ability to compose lyrically gestured figures, largely from imagination. Leveille’s facility with the figure and drawing was central to her successes as an illustrator from the 90s until 2011. While working as an illustrator under the name Rebecca Guay, Leveille received numerous awards and was featured as a special guest in events in Japan, Australia, Italy, Spain and France as well as throughout the United States. Her prior illustration work is in several museum collections including the permanent collection of the American Museum of Illustration at the Society of Illustrators in New York City. Leveille also maintains a position on the LOW committee, which stewards the illustration collection at the New Britain Museum of Art. 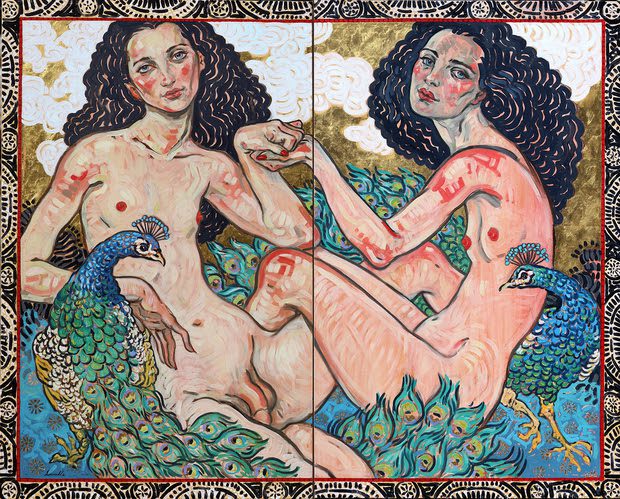 Breaking out of illustration’s prescriptive narrative mode, Leveille maintains a relationship with language yet subverts the narrative potentials of her work in her personal determination to create something poetic rather than literal. Her exploration of the poetic versus the literal delves themes including sensuality, the female gaze, media imagery and social phenomena of the art world.

A constant subtext of Leveille’s art is her relationship to materials. Thick, buttery paint forms the confident wide lines in her oils. Washes drift below impastos. Pencil and graphite powder bear force of mark and streak. The assertion of materials never overwhelms the creation of Leveille’s pictures yet facilitates an ever-present and voluptuous tactility with meanings of its own. 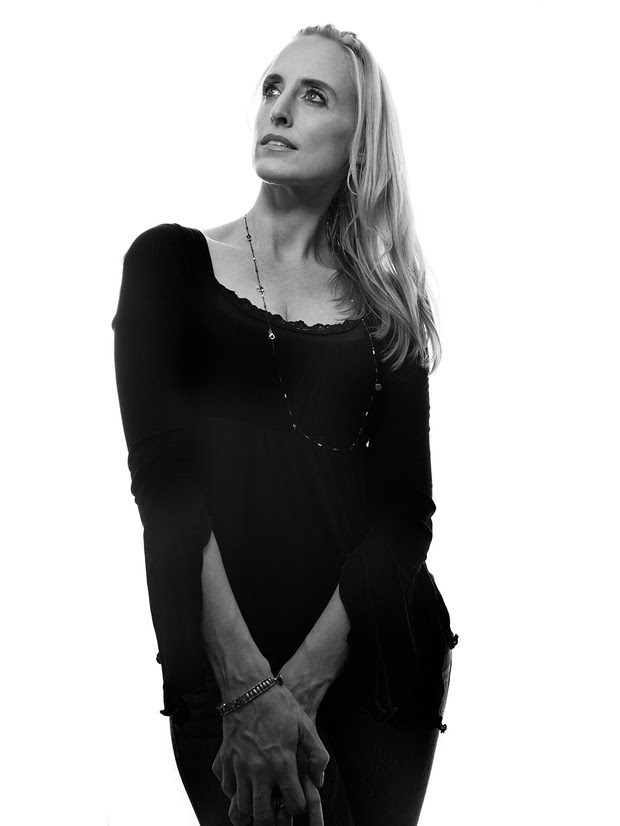 “We evolve within a state of cultural influence. Things we perceive to be ideals are often built upon faulty, weak and diseased foundations set forward and reinforced by society and pop culture. We are made to fall in love with an arbitrary set of stereotypes, physical ideals or cultural goals that are twisted and often deeply damaging to us. My last body of work entitled “Crush” was an exploration of these themes. I continue the dialogue by exploring what happens once we cross to the other side of social constructs, the fairytales that we are raised with. Thus, this new body of work is titled “The End of Love.” What comes after delusions of “love?” Feminine power and sexuality find new ground, as does an urgency to assert the female gaze. The female gaze must find a stronger manifestation; it is too often expressed as a reinterpretation of the male gaze. The ambiguity and multiple meanings implicit in “The End of Love” provide a rich internal dialogue surrounding the nature of sex and myth in contemporary culture. The end of love can be the physical climax. It can be the trickery of biological need for reproduction. It can be the apogee; the farthest reaches of the meaning of romantic love. Despite my calling to language, symbol and figure, my work must have its own life beyond language. The material of the paint itself and the lushness of the determined line hold their own power of meaning. The work originates in words and symbols but it does not conclude in a form that can be expressed simply by language.” – Artist Rebecca Leveille

Upcoming exhibitions include “The End Of Love” – an exhibition exploring themes including sensuality, the female gaze, media, imagery and social phenomena – from May 2nd-May 13th, 2018 at the Untitled Space in Tribeca, Manhattan.