Elvira Jain, the Moldovan supermodel based in Dubai, radiated effortless elegance at the most awaited film event on the French riviera, Cannes Film Festival.

Elvira, who has been a regular invitee at the international red-carpet premieres wore a magnificent black tulle gown by Omani couturier Atelier Zuhra. The outfit stood out for an exquisite silhouette-hugging dress capped by magnificent black ruffled cape with a long train. The intricate black dress featured a plunging neckline and a cascade of crystals embroidered to the hem that made her shimmer as she turned to the photographers’ flashes and the cheering crowd. 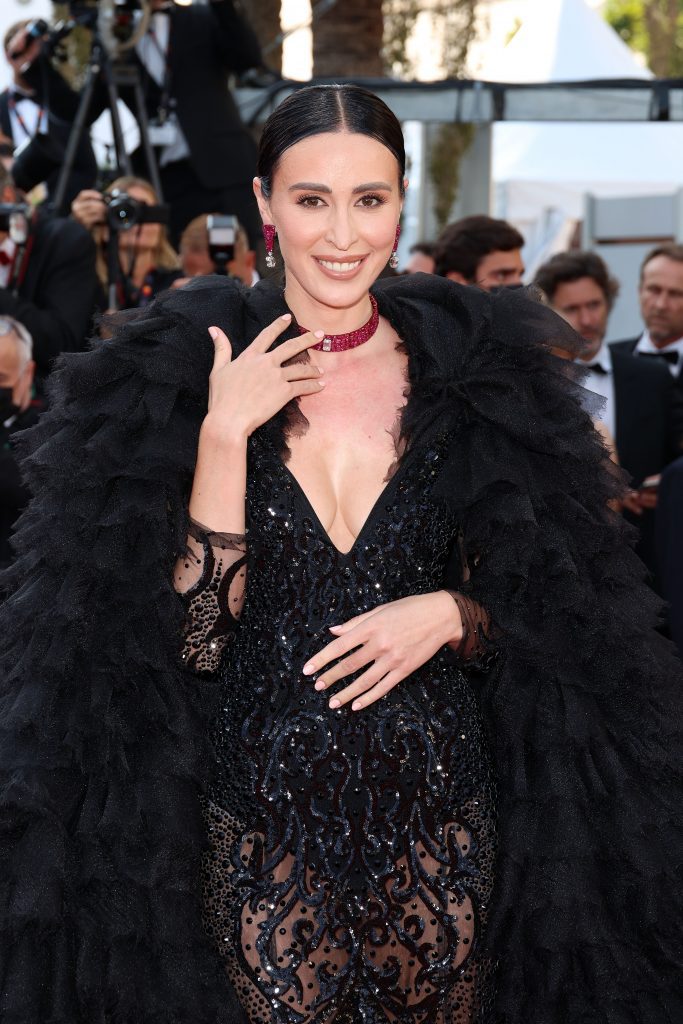 To complete the sophistication of the look, a dramatic black tulle cape firmly closed to the neck and a long ruffle train graced her with the majesty of a queen at each step.

Elvira paired it with a mesmerizing diamond-studded set signed Noor by Jahan; a choker centering four oval-shaped diamonds weighing twenty-eight carats with five hundred forty-eight rose-cut pink rubies sublimely mounted on eighteen carat gold! Bringing glitz and glamour to the annual awards were the two elegantly cut diamonds and rubies earrings and the matching pink bracelet on her wrist. As for her make-up, Elvira had her dark hair slicked back in a bun, a natural smoky eye and a nude glossy lip that effortlessly framed her face. There is no doubt that Elvira has made an appearance on Cannes’ film festival by impeccably endorsing the sheer elegance and fairytale fantasy of Zuhra’s dresses. 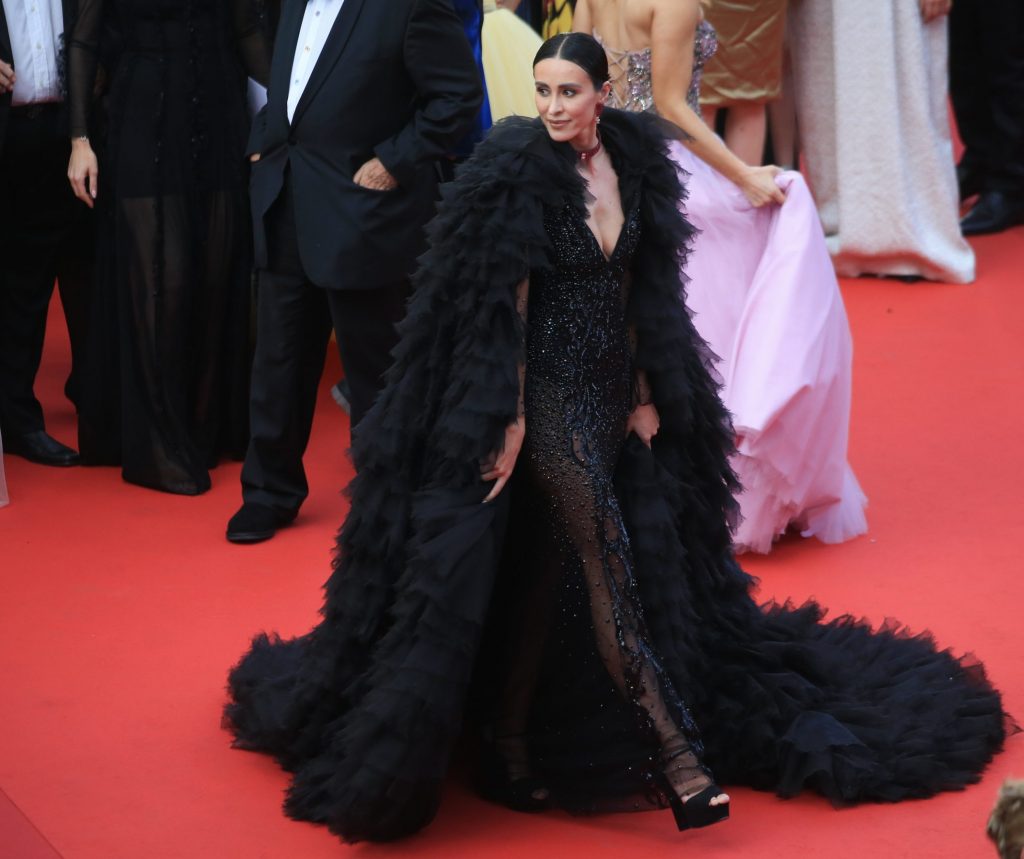 “It is the second time that I wear Atelier Zuhra for a premiere. For me it is the quintessence of sophistication, femininity and elegance. Wearing Zuhra means stepping into a magical world made of opulent gowns worthy of a queen. When I saw this gorgeous dress in the showroom, its spell was cast on me” says Jain.

Once again, Cannes Film Festival is proved to be the most prestigious event in the film industry that year after year has become highly anticipated for its fashion extravaganza with several Dubai-based designers stealing the attention with their breathtaking gowns.

Elvira Jain is a Moldovan supermodel, influencer and beauty queen born into a family of renowned scientists who hold over 100 patents. She began her career with no intention of joining the modeling industry. However, shortly after receiving an MBA from London Business School, she was discovered by designer Valentina Vidracsu who introduced her to the world of modeling. This fortuitous encounter eventually led her to sign with some of the most established models’ agencies in the world. Since then, Elvira appeared on the cover of magazines like Vogue, Marie Claire, Harpers’s Bazaar and walked for the most prestigious international labels.

To the Rescue! Gala supporting the work of the Humane Society of the United States and Humane…
END_OF_DOCUMENT_TOKEN_TO_BE_REPLACED
36
0
Share
Award ShowsEvents