If you’re in the mood for snuggling up with your other half and Netflix and chilling in your pjs, My Dating Adviser has ranked the sexiest movies ever made – and that mainstream cinema has ever gifted the world.  Their study has rated 110 incredibly racy films to watch right now or later, if you need some privacy for this particular streaming .

Their study found the sexiest movie ever made is Boogie Nights (1997), followed by Portrait of a Lady on Fire (2019) and The Handmaiden (2016). Sometimes you want to watch something provocative. And lucky for you, the world has been producing sexy entertainment for even longer than the internet has been in existence.

Using the data points, each movie has been given a ‘Sexy Movie Index Score’. This represents the sexiness as well as the popularity of the nude movies. 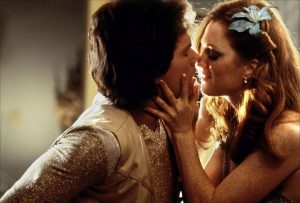 Boogie nights – Mark Wahlberg plays a teenager who is becoming a star in the adult-film industry.

Dating online? You might want to red about  Dos and Don’t of dating online

The movies with the most sex and nudity (by ‘sexy’ rank): 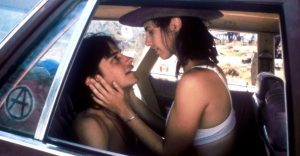 Movies with the most awards and nominations (by ‘accolades’ rank)

Here are 7 surprising facts about how movies sex scenes get made:

“What makes a movie truly sexy? To start, variety is spice and for some movies, it’s about the animal chemistry between the stars like in Body Heat and Mr. and Mrs. Smith. But also, it’s about the building passion of its characters like in Brokeback Mountain and Titanic.

Often the nastiest and naughtiest characters are the biggest turn-ons. With other movies, the turn-on is the illicit thrill of being bad like in Unfaithful and the Secretary or the purity of self-awakening and discovery like in Gloria and Moonlight.

Other times it is about the mood that a movie evokes. And yes, sometimes it’s all about the sex scenes like in Lust, Caution, Mulholland Drive, and In the Realm of Senses.”

To view the sexiest movies of all time view: https://mydatingadviser.com/sexiest-movies/

MyDatingAdviser.com is a US dating website, committed to offering singles advice and reviews. Amy Pritchett started her website in March 2019 and has a passion for offering people love and relationship advice.

Last Euphoria Sunday.. for a while and when wee say awhile we mean it as Zendaya’s schedule is…
END_OF_DOCUMENT_TOKEN_TO_BE_REPLACED
112
0
Share
Movie Reviews

We all know LuLaRoe leggings, and we all know someone who sold them.. Journalist Stephanie McNeal of…
END_OF_DOCUMENT_TOKEN_TO_BE_REPLACED
219
72
Share