FASHINNOVATION Talks Miami will involve conversations by leaders in the industry focused around technology, sustainability and entrepreneurship alongside an exhibition of innovations + ethical fashion brands, and a cocktail networking reception in the evening. 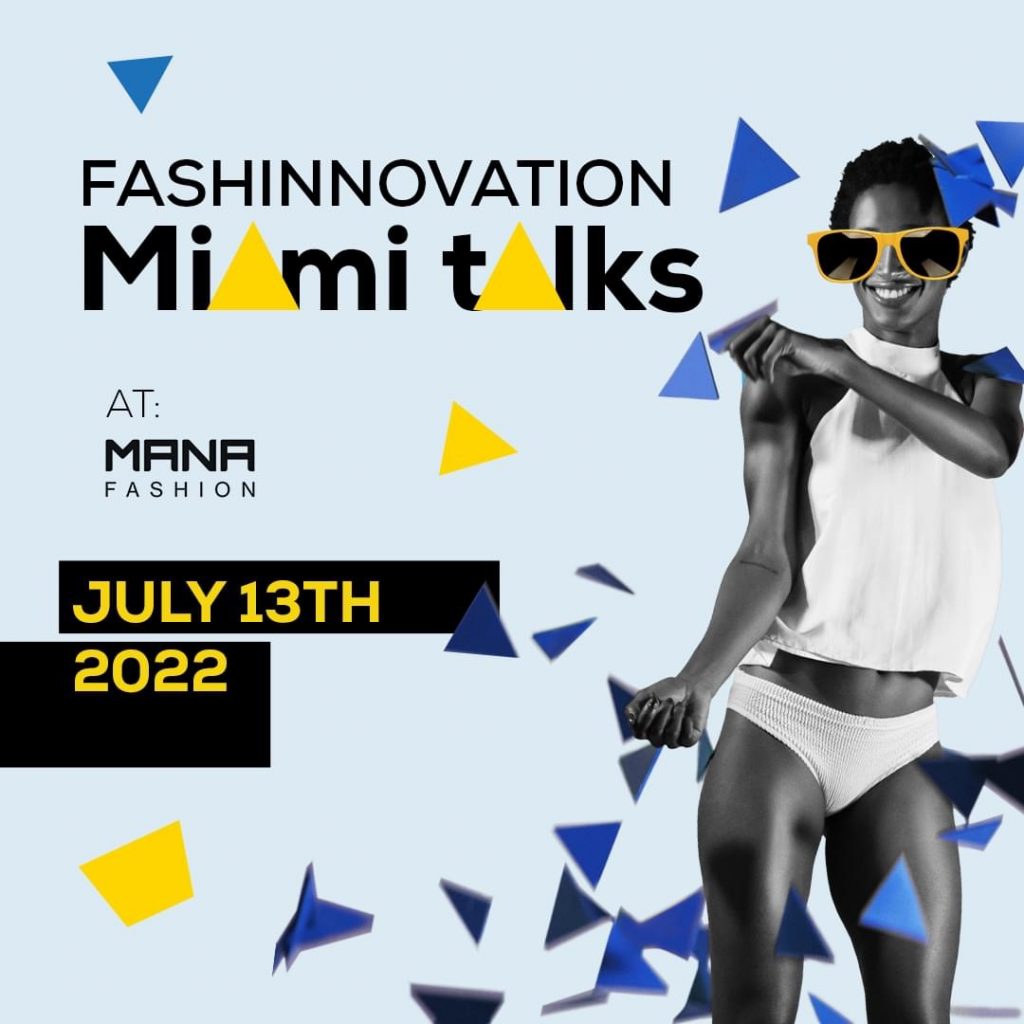 Amongst the confirmed names for the event there are :

The event will also have journalists, influencers and other important names for the region and fashion industry. Official launch of a capsule collection partnered by YesAnd X Fashinnovation will also take place. The founder of YesAnd, Marci Zaroff, who coined and trademarked, in 1995, the term “ECOfashion” will be a key speaker at the event.

“We are thrilled to bring the Fashinnovation platform which started in New York, took its vision to places such as Saudi Arabia and now we want to assist in the development of Miami, by bringing our global community and making positive change in the city’s fashion + tech industries” – Marcelo & Jordana Guimarães, Founders of Fashinnovation.

Fashinnovation Miami Talks will host another edition of Global Fashion Exchange. With the aim of fostering sustainability, during the networking cocktail, guests will be able to bring items that they don’t use any more to exchange, bringing another piece back to their wardrobe.

Fashinnovation is a global platform to foster innovation and entrepreneurship in the fashion industry. Founded in 2018 by Brazilians entrepreneurs Marcelo Guimarães and Jordana Guimarães in New York, FASHINNOVATION has already received more than 600 fashion leaders for an audience that represents more than 130 countries.

Respected voices such as Diane Von Furstenberg, Susan Rockefeller, Kenneth Cole, Donna Karan, Oskar Metsavaht, Julie Gilhart, and Fern Mallis were some of the names of their latest events as well as new leaders, including Sasha Meneghel, Steve Aoki, and Miroslava Duma. In 2022, the company became a special partner of Spring Studios, the most famous location for fashion events in NYC, where even NYFW takes place yearly.

Institutions such as the United Nations, Parsons, NASA, and FIT; brands including Levi’s, Google, and UPS; and Business of Fashion, Forbes, Fast Company, and Refinery29 media channels support its vision. Since 2018, Fashinnovation debuted with an event during New York Fashion Week, and since then, it has gathered almost 600 Fashinnovators, i.e. TOP global speakers. Leaders from other industries, such as NASA, Google, and the United Nations have also supported Fashinnovation and its main productions.

The BET Awards held at Microsoft Theater was a  jam packed event, quite refreshing! The show was…
END_OF_DOCUMENT_TOKEN_TO_BE_REPLACED
10
0
Share
EventsFashionStreet Style