alice + olivia by Stacey Bendet hosted a prom themed extravaganza in celebration of their 20-year anniversary, featuring live music from recording artist Gracie Abrams and DJ KISS.  Special dance performance was choreographed by Ebony Williams and Deijah Robinson in collaboration with the dancers. Major announcement at ” the prom” was that Stacey Bendet received a Mayoral Proclamation by the city of New York in celebration of this milestone marking June 15th as alice + olivia day. Guests enjoyed delicious eats from Beatnic and drinks by Absolut Vodka and Olmeca Altos Tequila. 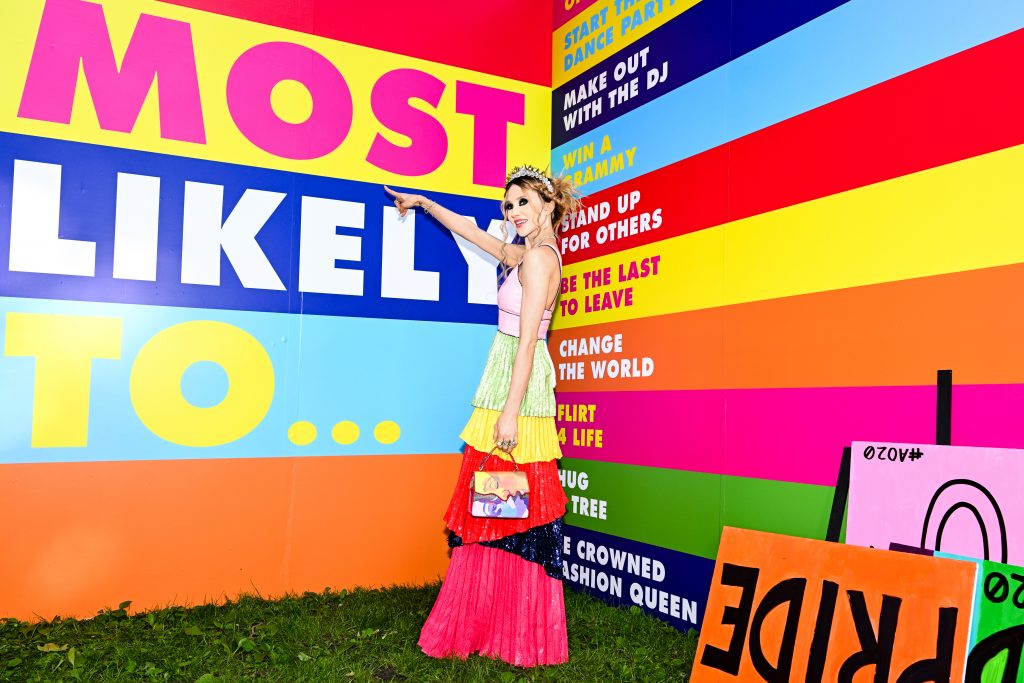 There is so much to celebrate: two decades of making beautiful clothes, fostering community, empowering women globally, democratizing art through fashion, and supporting various charities through our mission to create, uplift, and inspire. The brand will honor 20 years later this month with the ultimate coming-of-age party: an epic prom, debuting a capsule evening dress collaboration with streetwear superstar KidSuper.

Style and silhouettes from the early aughts are at the forefront of trending fashion in 2022, and the ideas that launched Stacey Bendet as a designer and sparked her foray into business feel magnetic and cool. At the same time, the fashion industry has changed and progressed beyond what anyone could have imagined in 2002. Stacey Bendet’s origins with alice + olivia feel nostalgic and spur longing for the way creativity bloomed before the social media, while at the same time, ideas that stem from the first alice + olivia collection are all over the streets. 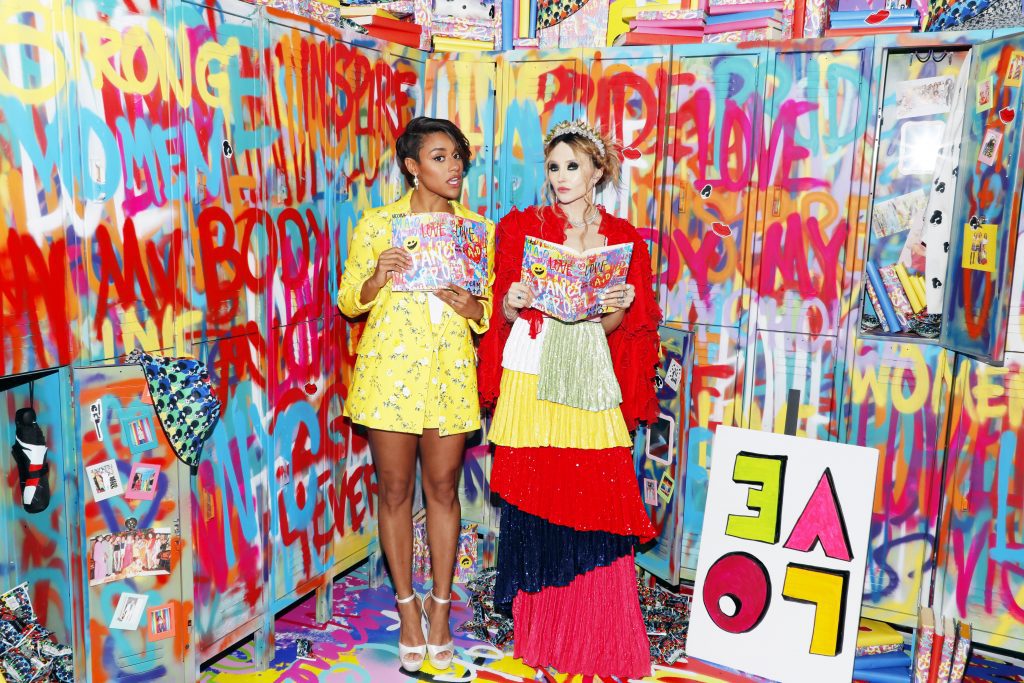 Stacey Bendet launched alice + olivia in 2002 with a show at the iconic Russian Tea Room. That first collection, showcasing two pant styles: the Alice, and the Olivia. The Olivia pant has since become an emblem of that era, and almost immediately caught the attention of Theory founder Andrew Rosen, who asked Stacey Bendet to partner on growing her brand. Grow it they did. What began as a collection of pants expanded over time to ready-to-wear, accessories, and soon, children’s and swim. Rosen taught Bendet, “everything I know both in business, life and fashion.” The brand’s first order came from Barney’s, placing alice + olivia immediately at the forefront of the industry. 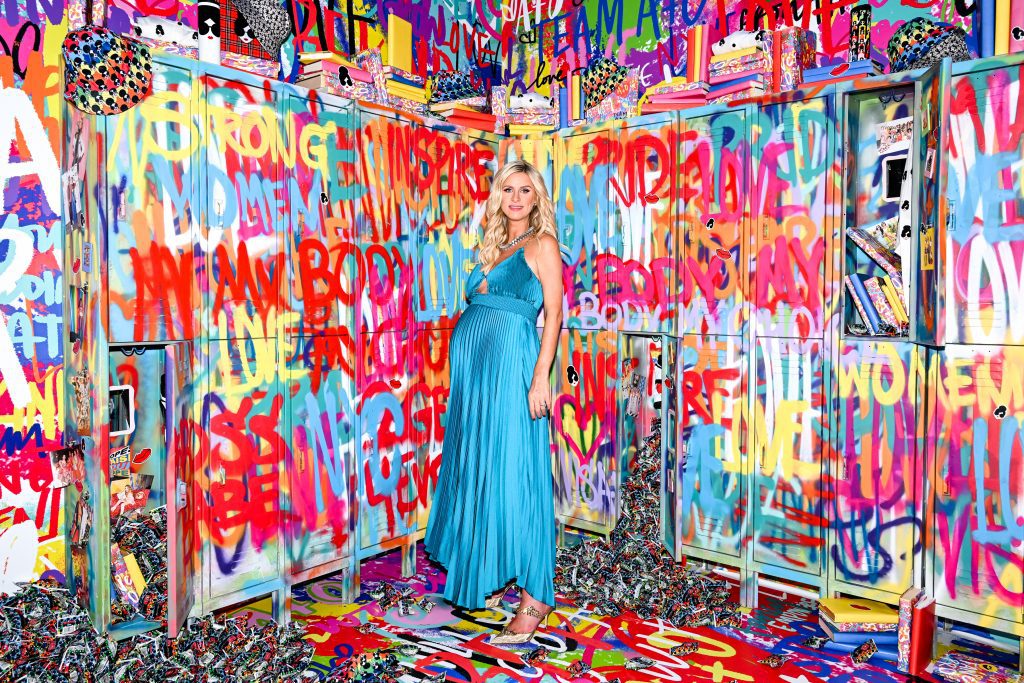 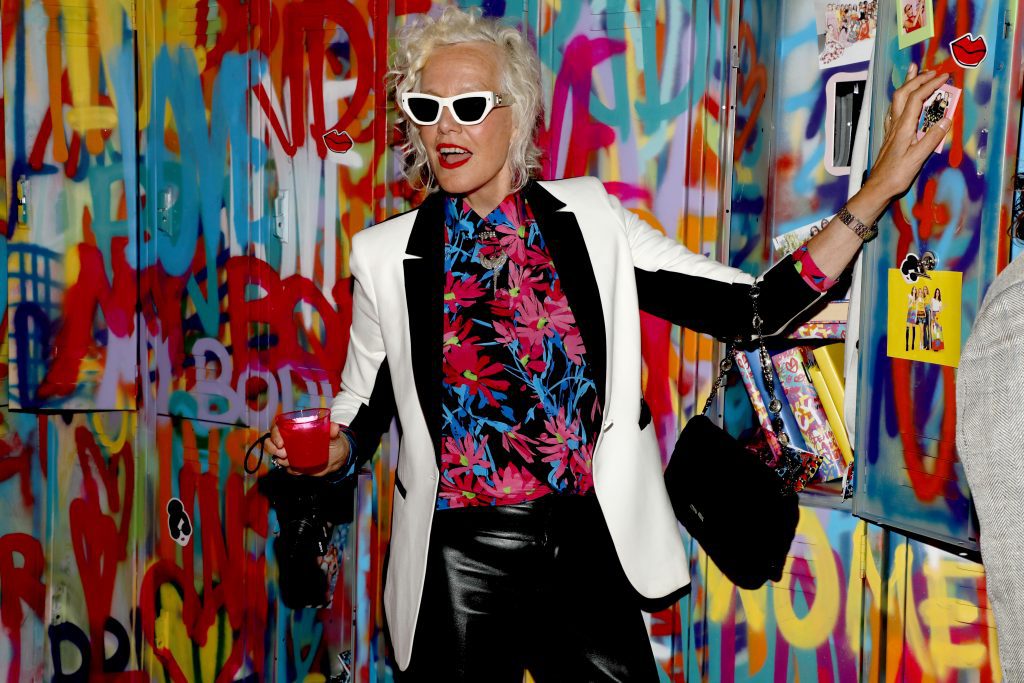 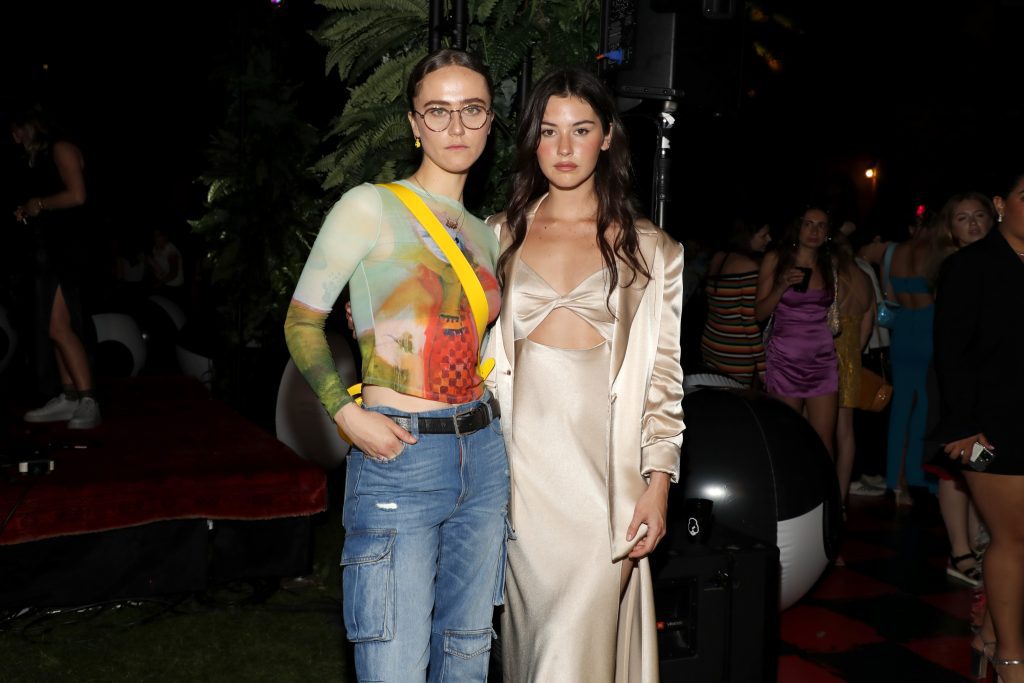 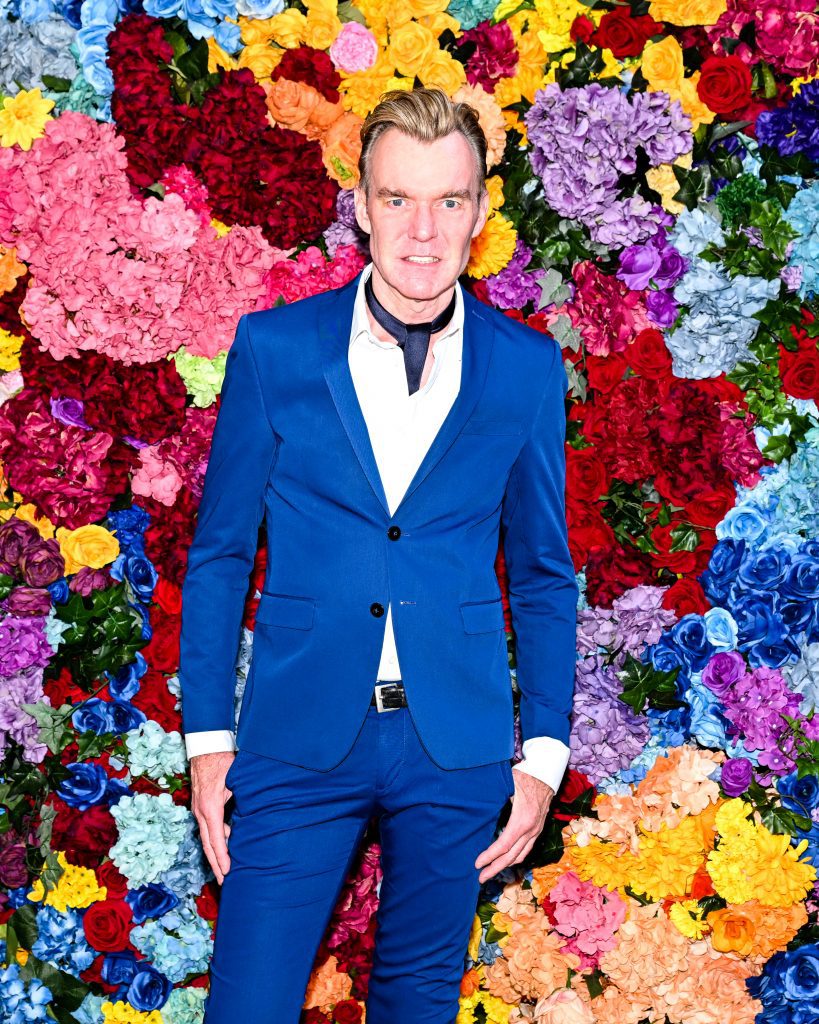 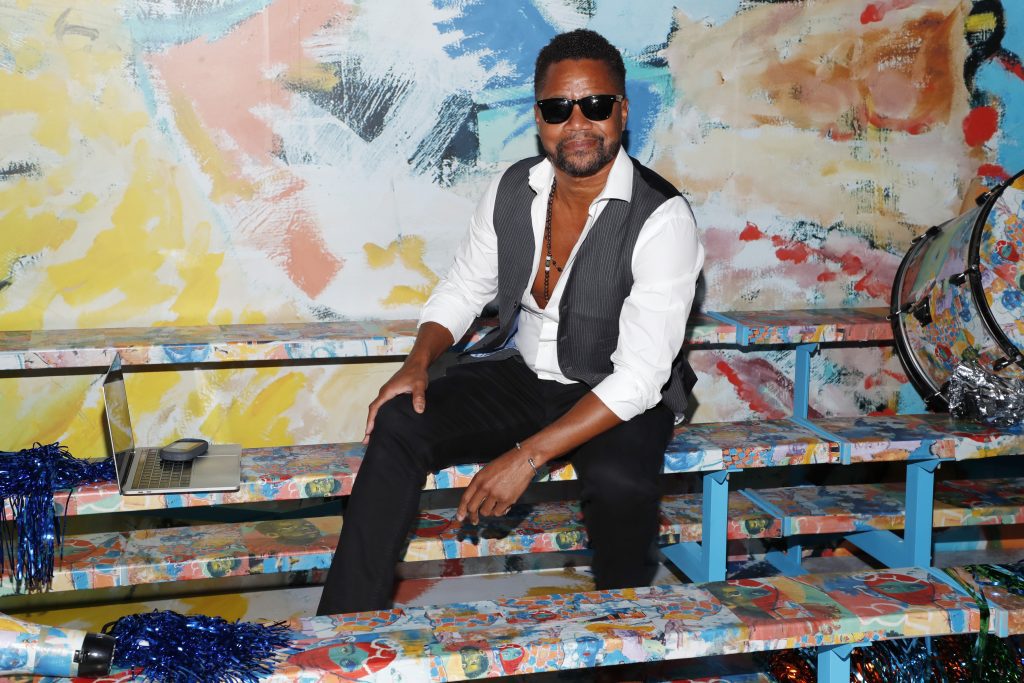 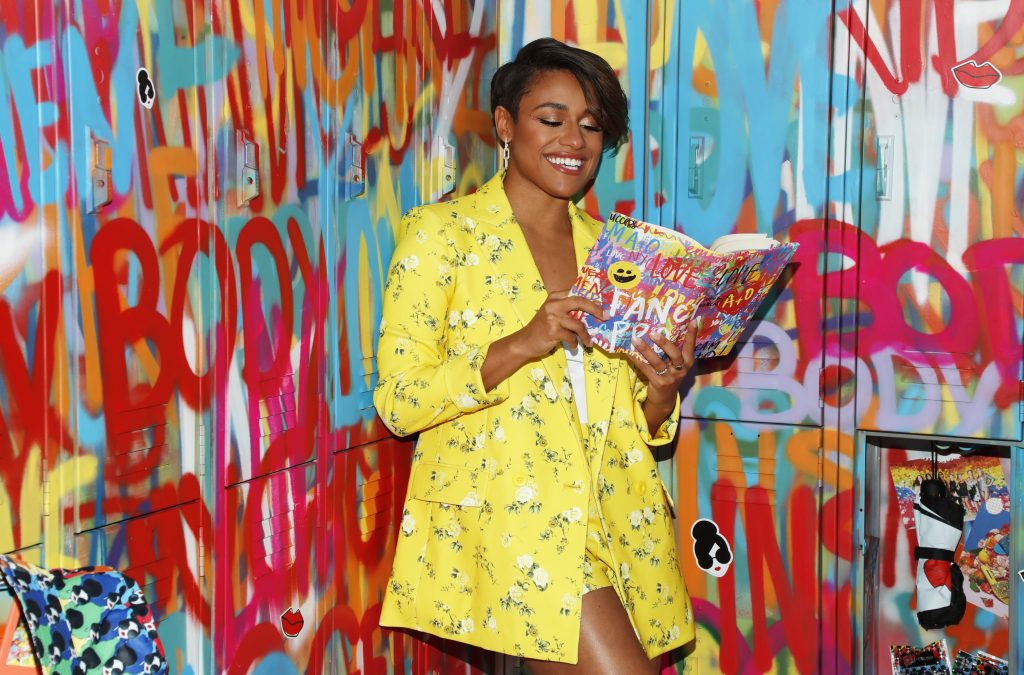 Brick and Mortar and Beyond

In 2005, alice + olivia opened a first retail store in East Hampton, New York. Since then, the brand has grown to 25 locations in the United States, and 18 locations internationally. The newest store, which opened in May 2022, is located in London’s Mayfield district, the first alice + olivia location in the United Kingdom. Stacey Bendet’s vision to bring every woman’s dream wardrobe to locations across the globe has succeeded several times over, with stores open in New York, Los Angeles, Atlanta, Boston, Chicago, Dallas, East Hampton, Greenwich, Houston, Malibu, Manhasset, Miami, Orange County, Palm Beach, Southampton, Washington D.C., Hong Kong, Tokyo, Kuwait, Dubai, Singapore, Shanghai, Beijing, Taipei, Macau, Chengdu, and Bangkok. Not to mention, the brand is carried with over 800 luxury and specialty stores worldwide.

Of course, the concept of retail has evolved dramatically since that first brick and mortar location opened its doors. Now, every brand must also exist as a media company and e-commerce retailer, and alice + olivia has been fearless and creative in the realms of content creation, social media presence (like the brand’s social movement #ShareTheMicNow created to amplify Black women’s voices), and creative collaboration.

A core tenant of alice + olivia’s DNA is creating opportunities for philanthropic initiatives. In particular, Stacey Bendet has consistently focused on charities that support women and children around the world, from the Ronald McDonald House to the Good+ Foundation. The brand has also created collections with portions of proceeds going toward the Council of Fashion Designers of America, to foster growth for the next generation of designers.

Supporting emerging creatives and designers is also important to the brand, and in 2020, Stacey Bendet launched Creatively, a social platform that allows artistic professionals to connect, collaborate, and find job opportunities (alice + olivia’s Prom collaboration with KidSuper began when Stacey and KidSuper’s founder, who was teaching a brand building class, connected on Creatively).

This emphasis on possibilities for creative collaboration is part of Stacey Bendet’s own design process, and her mission to democratize art through clothing. In the last decade, alice + olivia has created incredible collaborative collections with artists like Donald Robertson, and the estates of Jean-Michel Basquiat and Keith Haring. alice + olivia was even the first womenswear fashion brand to create a collection with the Beatles.

Since the brand’s founding, Stacey Bendet also became a mother of three daughters, which deeply informed her approach as a CEO also a member of CFDA. “We’ve able to create a culture where almost everyone who works for us came back to work after having kids. That’s something I’m really proud of,” Bendet says. Her team is now 500 strong.

“When I started my company there were no female CEOs of fashion brands. There were great designers, but they didn’t necessarily own and run their companies,” Stacey says. “There’s been a lot of great change and forward movement in the last four or five years, but there’s still a long way to go. I think companies have made a lot of effort to diversify their board rooms, but to be a female founder and a mom for twenty years is not an easy feat. Mainly, I hope I can inspire other women to go for it.”

As part of the 20 year anniversary celebration, alice + olivia founder Stacey Bendet spotlights some of her favorite celebrity fashion moments for the brand. “One of the most important things I’ve learned over the years is that empowered women empower women,” Bendet says. “I’ve been so lucky to have these highlight moments.”

Paris Hilton tapped Stacey Bendet to design custom bridesmaids dresses and her sister Nicky’s maid of honor dress for her 2021 wedding. “[Paris and Nicky] were two of the first people wearing the pants back in the day, so making custom dresses for Paris’ wedding was so emotional and amazing,” Bendet says. “So many moments in life weave themselves together.”

In 2015, Michelle Obama wore a colorful Alice + Olivia dress for the opening ceremony of the Special Olympics World Games. “I was pregnant and I was at the zoo in Miami with my kids in the lemur room and my phone kept ringing,” Bendet says. “I finally picked up and learned it was because Michelle Obama wore full a+o!”

“Gwyneth Paltrow walked through the airport with two of our handbags, one in each hand. Sarah Jessica Parker wore one of our sequin dresses. Alanis Morrisette shot an album cover in a pair of our crystal pants. Amal Clooney wore a pair of our embroidered jeans and it was just breathtaking. I loved when Kourtney Kardashian wore this black crystal top. Beyonce in our alice + olivia x Donald Robertson silk blouse: one of my favorite moments. Jenny Mollen is one of my favorite people to dress. Gayle King wears our jumpsuits and sends me pictures. Ebony Williams from the Real Housewives! And one of my favorite things to really see is my daughters in our clothes. I love it.”

Looking to the Future

The brand’s signature Stace face character has appeared on everything from Volkswagen cars to Starbucks cups, Maybelline makeup, and cafes in Qatar and Tokyo. What will Stace see through her sunglasses in the next 20 years in her home in New York City, in the metaverse, and beyond?

This year, alice+olivia is launching a program that attaches a free NFT to the purchase of a blouse, an inspiring way to teach women the process of NFT retrieval.

To meet the increasing need for diversity in fashion, clothing comes in all colors of the rainbow…
END_OF_DOCUMENT_TOKEN_TO_BE_REPLACED
40
0
Share
Fashion

As we get ready to travel over the holiday season, many of us will be going through airports with…
END_OF_DOCUMENT_TOKEN_TO_BE_REPLACED
58
0
Share
Fashion

Comments are closed.
Food And DrinksHotelsTravel