The American Apparel & Footwear Association (AAFA) hosted the 45th AAFA American Image Awards last night with a high-energy celebration of the accomplishments of the fashion and retail industry at the iconic Plaza Hotel in New York City. Emceed by Entertainment Journalist & Television Host Segun Oduolowu, the gala honored leaders, influencers, and innovators in the apparel and footwear industries.

The AAFA American Image Awards 2022 honorees included Chip Bergh, Levi Strauss & Co. – Person of the Year; Gap Inc. – Company of the Year; Prabal Gurung – Designer of the Year; ThirdLove – Fashion Maverick; and The Ellen MacArthur Foundation’s Fashion Initiative – Eco-Steward of the Year. For the 6th year, AAFA partnered with the Council of Fashion Designers of America (CFDA) Foundation as its beneficiary with the proceeds funding the future of the industry and the development of invaluable philanthropic programs. 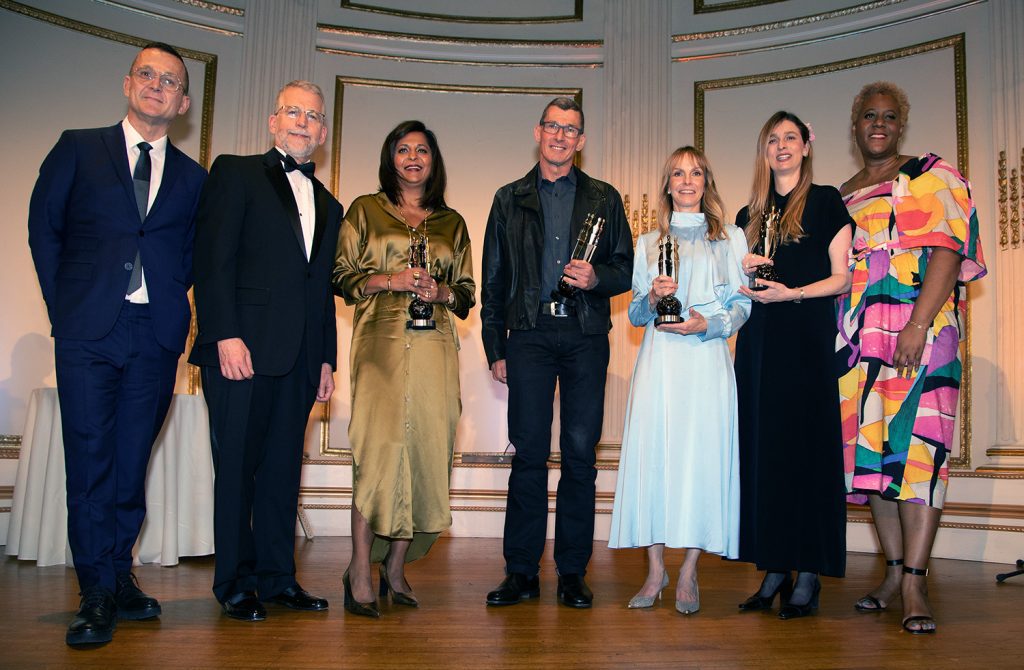 “The 2022 honorees are true visionaries, turning hard-learned lessons into new sources of strength to build a better industry and a better world,” said AAFA President and CEO Steve Lamar. “AAFA thrives on the energy that our honorees bring every day, and taps into the passions of all our members, as we create educational and policy solutions for the industry. We are proud of – and eager to multiply – their impactful contributions around the globe.”

“As the CFDA commemorates 60 years of fashion this year, we reflect on the industry’s evolution over the past six decades, recognizing the immense impact American fashion has created across the globe including that of which has been created by tonight’s honorees,” stated CaSandra Diggs, President of the CFDA. “The funds raised this year will support both our educational and social impact initiatives to invest in a more inclusive, just and equitable future for fashion, people and planet.”

The already jubilant mood of the American Image Awards room continued to build as the program unfolded with heartfelt gratitude, humorous anecdotes, and substantive messages shared by Oduolowu and each honoree as they accepted. Andrew Morlet accepted the Eco Steward honor on behalf of The Ellen MacArthur Foundation’s Fashion Initiative, before Heidi Zak, co-founder of Third Love, the 2022 Fashion Maverick gave a very personal acceptance that spoke to the power of consumer engagement, innovative partnerships, and inclusivity. Designer of the Year Prabal Gurung masterfully brought the room to a pre-dinner crescendo with his powerful review of the state of the industry’s progress on inclusion. His comments earned the first of the night’s two standing ovations.

AAFA President and CEO Steve Lamar returned to the stage with his statements about the mission of the AAFA and how the organization plans to serve the industry in the post pandemic era. Founder of the Harlem Fashion Row, Brandice Daniel spoke of the power of inclusivity in her introduction of Gap Inc. CEO Sonia Syngal, who accepted the Company of the Year honor with a look back on the history of her company before pivoting to a clear vision of what the future holds. Jack Haddad, President of Haddad Group, gave an intimate introduction of Levi Strauss & Co. CEO Chip Bergh who left his high-level job in the consumer products sector to turn around the legendary brand that sits at the heart of the American fashion aesthetic. As Bergh accepted his Person of the Year honor, the room was once again on its feet before concluding the program with a late-night cocktail soiree in the iconic Grand Ballroom.

“On behalf of AAFA’s Board of Directors, congratulations to this year’s honorees for embracing transformation, leading with resilience, and bringing people together for the greater good of all in our industry,” shared Sarah Clarke, AAFA Chair and Chief Supply Chain Officer, PVH Corp.

ABOUT THE AMERICAN APPAREL & FOOTWEAR ASSOCIATION

The American Apparel & Footwear Association (AAFA) is the national trade association representing apparel, footwear and other sewn products companies, and their suppliers, which compete in the global market. Representing more than 1,000 world famous name brands, AAFA is the trusted public policy and political voice of the apparel and footwear industry, its management and shareholders, its three million U.S. workers, and its contribution of more than $350 billion in annual U.S. retail sales. AAFA drives progress on three key priorities: Brand Protection; Supply Chain & Sourcing; Trade, Manufacturing, & Logistics. AAFA approaches this work through the lens of purpose-driven leadership in a manner that supports each member’s ability to build and sustain inclusive and diverse cultures, meet and advance ESG goals, and draw upon the latest technology.

ABOUT THE AMERICAN IMAGE AWARDS

Owned and operated by AAFA for more than 40 years, the American Image Awards has been honoring those who have exemplified leadership, excellence, and outstanding achievement in all sectors of the apparel and footwear industry – including design, manufacturing, and retail. The American Image Awards Gala is the one event in the fashion industry each year where the worlds of design, manufacturing, and business intersect.

Past American Image Awards honorees include:

The Council of Fashion Designers of America, Inc. (CFDA) is a not-for-profit trade association, whose membership consists of America’s foremost apparel, jewelry and accessory designers. CFDA Members include: Ralph Lauren, Calvin Klein, Michael Kors, Donna Karan, Diane Von Furstenberg, Alexander Wang, Carolina Herrera, Jason Wu, Proenza Schouler, Tom Ford, and more than 500 others. The CFDA Foundation is a separate not-for-profit organization, which was created to raise funds for charity and industry activities. Through innovative partnerships with brands, retailers, and CFDA designers, the Foundation is able to leverage fashion and effectively generate awareness and funds for these charitable causes.

To the Rescue! Gala supporting the work of the Humane Society of the United States and Humane…
END_OF_DOCUMENT_TOKEN_TO_BE_REPLACED
44
0
Share
Award ShowsEvents