Where Love Is Illegal

Imran is a high school boy living in Uganda. He was ridiculed and bullied due to his sexuality. It became so severe to the point school administration had to intervene and notify his mother. She didn’t console her son. She didn’t defend him. In front of the entire school, she announced she would rather see him dead than alive as gay. Imran’s mother disowned him and while he was on his knees crying and begging for compassion, she turned her back. Imran isn’t alone. Created by award winning photographer Robin Hammond, Where Love is Illegal is a global photography and social media campaign documenting the lives of those living in fear of persecution and discrimination.

Hosted at Spring Studios, the photographs and touching stories of individuals Hammond met on his journey throughout the world were displayed. LGBT community leaders and tastemakers from fashion, luxury, and design held this fundraiser for the Fund for Global Human Rights. The proceeds will benefit grassroots organizations providing relief to LGBTI victims of oppression in countries where being LGBTI is illegal. Hammond delivered a touching speech reflecting on his experiences and lives he encountered, which made us realize just because America is progressively achieving equality, it doesn’t mean our fight should end there. 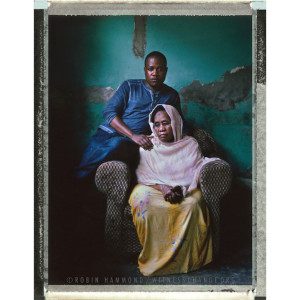 The evening served as a wake up call (with cocktails) that discrimination, hate crimes, and oppressions are very much still a reality. The event served as a pre-opening reception for an exhibition of the photography from Where Love is Illegal at the New York City Lesbian, Gay, Bi-sexual and Transgender Community Center, which began October 15th.

What's up With Celebrities Buying NFT's?