Virgil Abloh: His Final Mark on the World

The world lost one of its most influential members of the fashion world: Virgil Abloh, the founder of luxury streetwear brand Off-White and artistic director of men’s wear at Louis Vuitton, has died from cancer at the age of 41. In Miami’s Biscayne Bay, Louis Vuitton held a fashion show for its Spring-Summer 2022 men’s collection, last collection Virgil designed. He showed us that he was aware of his fate and that he was the master of it. The show was titled: Into the Sky Above. A statue of Virgil in Miami at his last show. Image From Fashionista

The “Virgil was here” event drew out many of Abloh’s friends, collaborators, colleagues, and muses. Including Kanye West and Kim Kardashian West, Pharrell Williams, A$AP Rocky, Jerry Lorenzo, Michèle Lamy, 21 Savage, and Edward Enninful.  At the Stadium, guests were greeted by a three-story statue of the late designer as seen above.

Before the models emerged, Louis Vuitton’s CEO, Michael Burke, made a speech in which he was choked up and often was in silence. He said: “The deeply moving show we are about to see is born out of an idea Virgil and I first discussed three years ago. It is based around the traditional coming-of-age narrative, but of course, being Virgil, he spun and decontextualized the concept for the 21st century and in doing so expressed his own unique talents and vision”.

The models moved in dim light, clad in clothes that joyfully busted archetypes and deftly drifted between as many genres as the soundtrack, where for the last time, this was all of Virgil’s ideas, thoughts, and designs. It was a bittersweet moment as everyone was there except Virgil to watch this masterpiece of a show unfold. 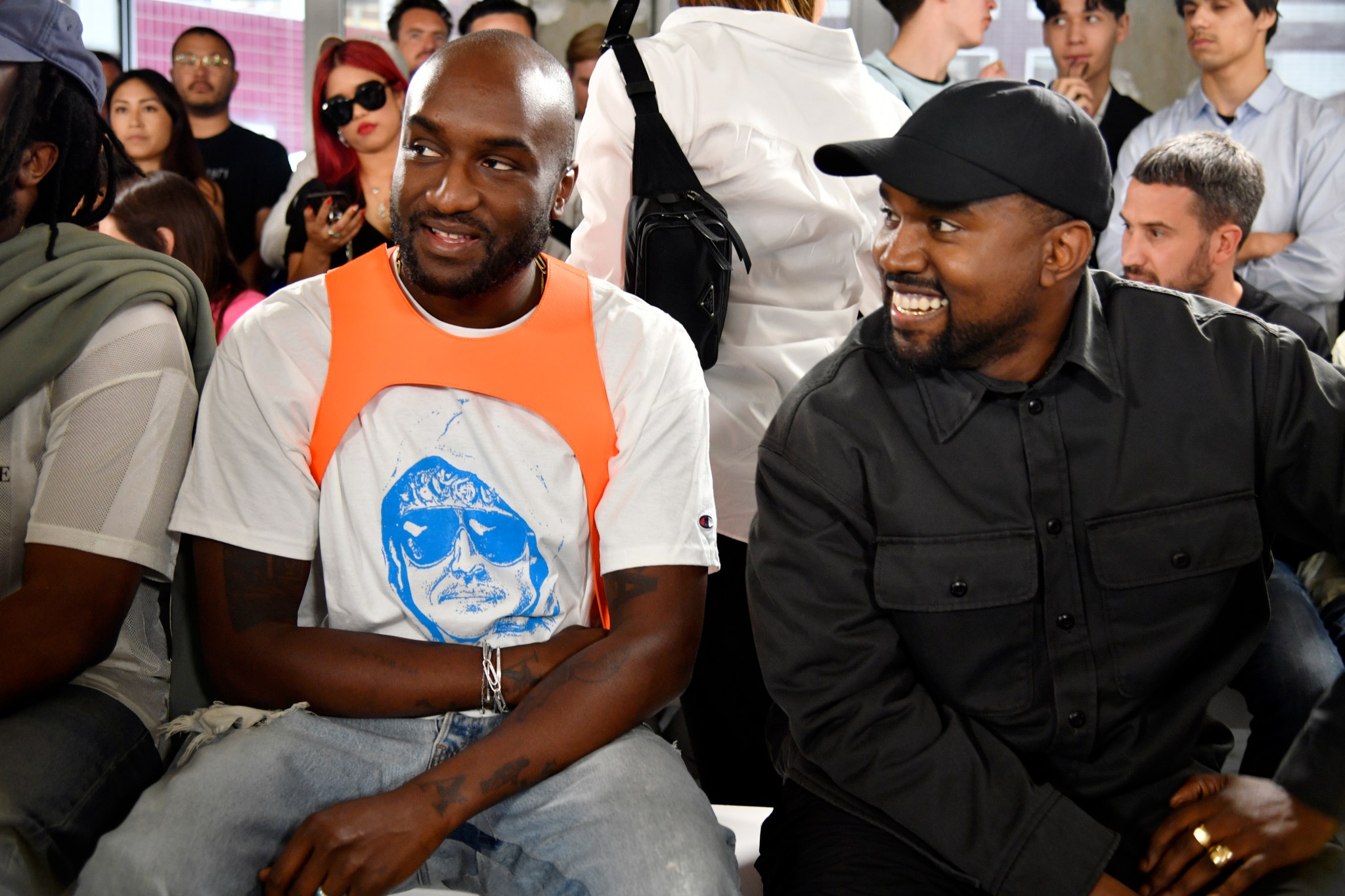 Virgil and his longtime friend Kanye West. Image From WWD

What a life Virgil Abloh lived! The Illinois native, Ghanaian American left an indelible mark on the fashion industry, pop culture, and art world before his death on November 28. Working extensively with Kanye West in the late 2000s to molding New York City’s SoHo street-style scene with projects Pyrex Vision and Off White where he combines ideas of streetwear, luxury, art, music, and travel, defining the brand simply as “the gray area between black and white as the color Off-White.” Hovering quotation marks became Abloh’s signature. 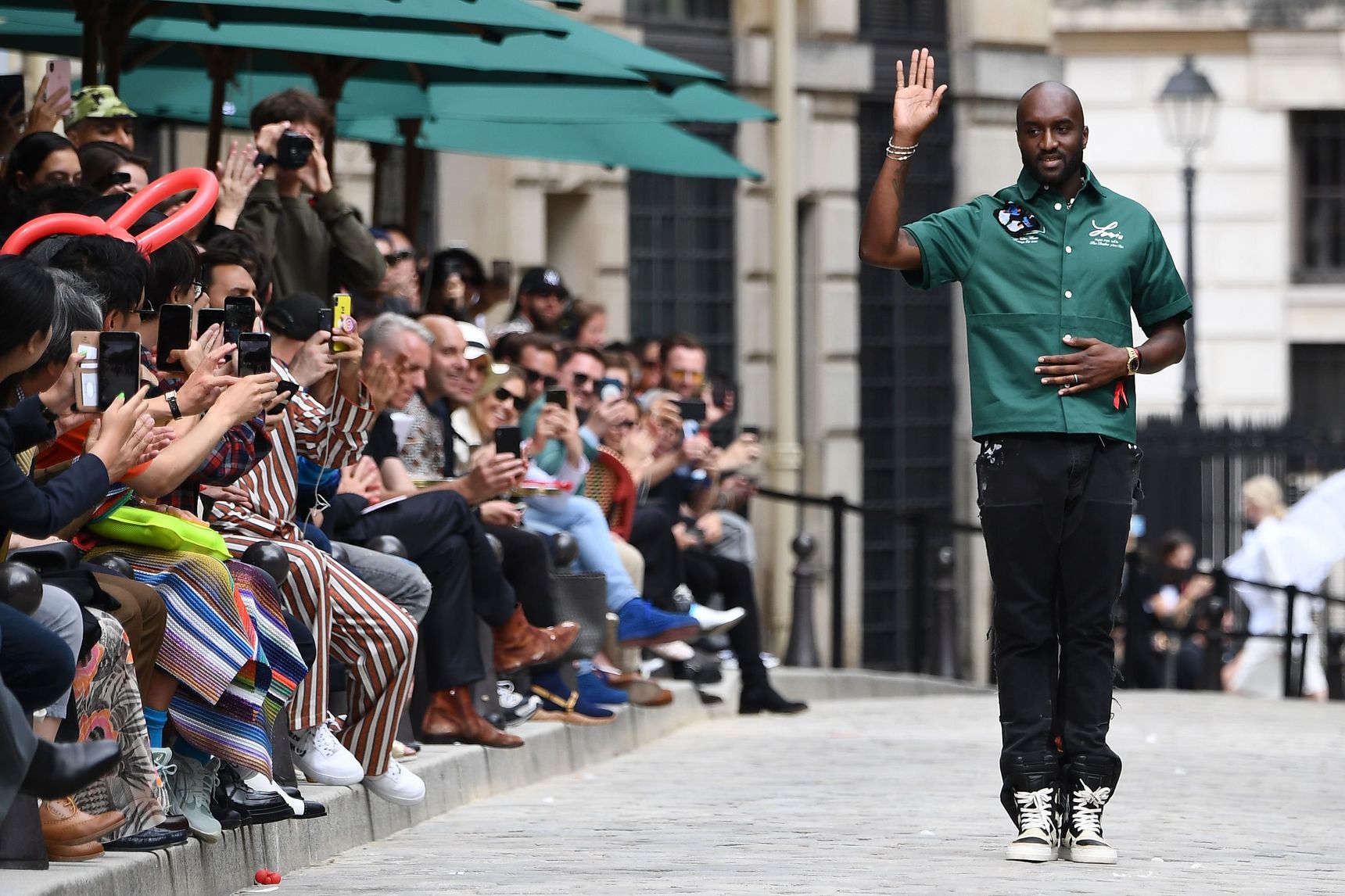 Image From The Wall Street Journal

Off-White was launched online in late 2013, holding its first presentation in Paris. It established the visual signature of the brand: thick diagonal stripes that have become a byword for insider cool. Abloh joined Vuitton in March 2018, and his first show in June of that year marked a new chapter in fashion: the moment when streetwear crashed the hallowed halls of luxury brands and the first Black designer that had the reins of a major luxury brand.

Virgil Abloh was a trailblazer. His impact on the world through fashion, art, and culture was significant. Virgil changed the landscape of American Fashion with his groundbreaking Off-White label and broke barriers as the first Black artistic director of Louis Vuitton. He will forever hold a place in history.

Abloh’s talents were also in high demand by many celebrity friends, who commissioned custom work. The most memorable is when Hailey Bieber then Balwin asked Virgil to design her wedding dress. Hailey Bieber’s Off-White wedding dress and veil that read “Till death do us part” in Abloh’s signature irony quotes to Drake’s personal plane that he had Abloh customize with an ethereal blue sky and cloud pattern. Although Abloh’s body of work was often defined by his ability to capture the trend, his legacy lies in his relentless curiosity and fearless drive to create. 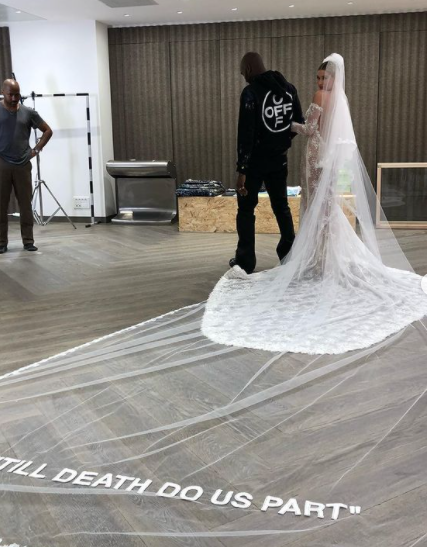 Virgil and Hailey Bieber in her “Off White” wedding dress. Image From ANI News