The annual People’s Choice Awards staged its latest iteration this year, returning to Santa Monica, California, to award the entertainment industry’s best and brightest. Nominations for the fan-voted event span over 40 categories, from movies and television to music and other popular culture forms. In 2021, the night found itself hosted by comedian Kenan Thompson.It wasn’t just Thompson, of course, who shone at the awards ceremony—which was a victorious night for Dwayne Johnson, crowned both Male Movie Star and Comedy Movie Star of 2021, as well as an honorary People’s Champion Award.

Below, discover everything they wore on the 2021 People’s Choice Awards red carpet. Kim Kardashian West wears Balenciaga in her usual all black. Cardi B wears Sol in this pink sequence dress. Loving this one piece jumpsuit, with a light blue trim! Scarlett Johansson wears Gabriela Hearst, and she just looks so clean! Also we are loving this lip color! Mindy Kaling wears Pamella Roland and the dress is stunning on her body! H.E.R. wears Carolina Herrera! This bubble gum pink suit is so fun and suit her well! Lili, Lili, Lili! The oversized blazer trend is so cool on her, paired with a strappy black heal! Handler wears a black and white dress with a studded heal! Becky G wears Roberto Cavalli in yellow and black! The whole side leg out is sexy! Our former bachelorette, and now who is recently single popped out for the PCA’s! This pink-purple color makes her glow! 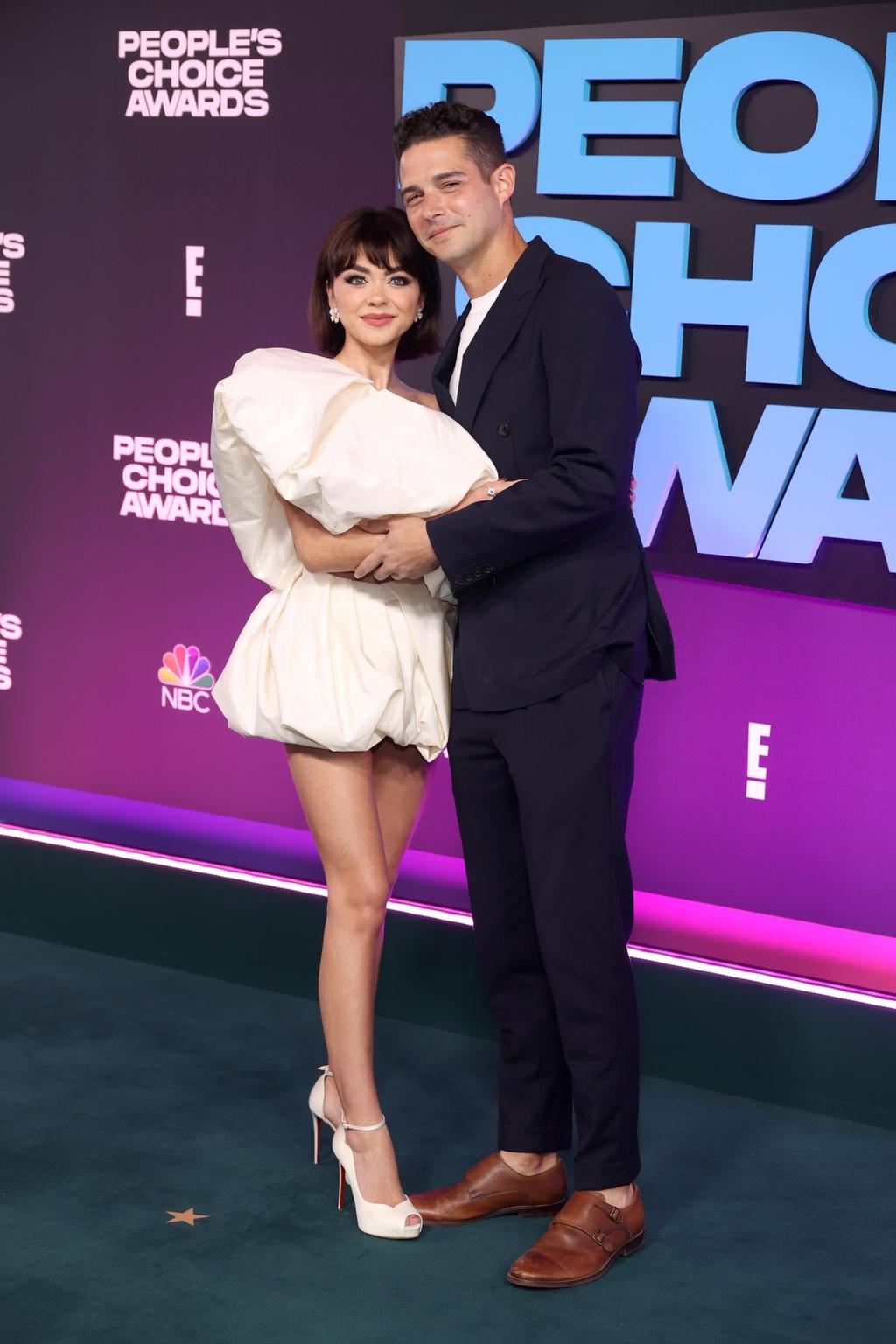 Sarah looks so elegant and yet fun in this white puff dress, pairing it with some red bottoms! She does it again! Cline is becoming one of the most iconic dressed at these award shows! From head to toe she looks amazing. The hair in the messy bun, the top with the matching skirt! ICONIC. 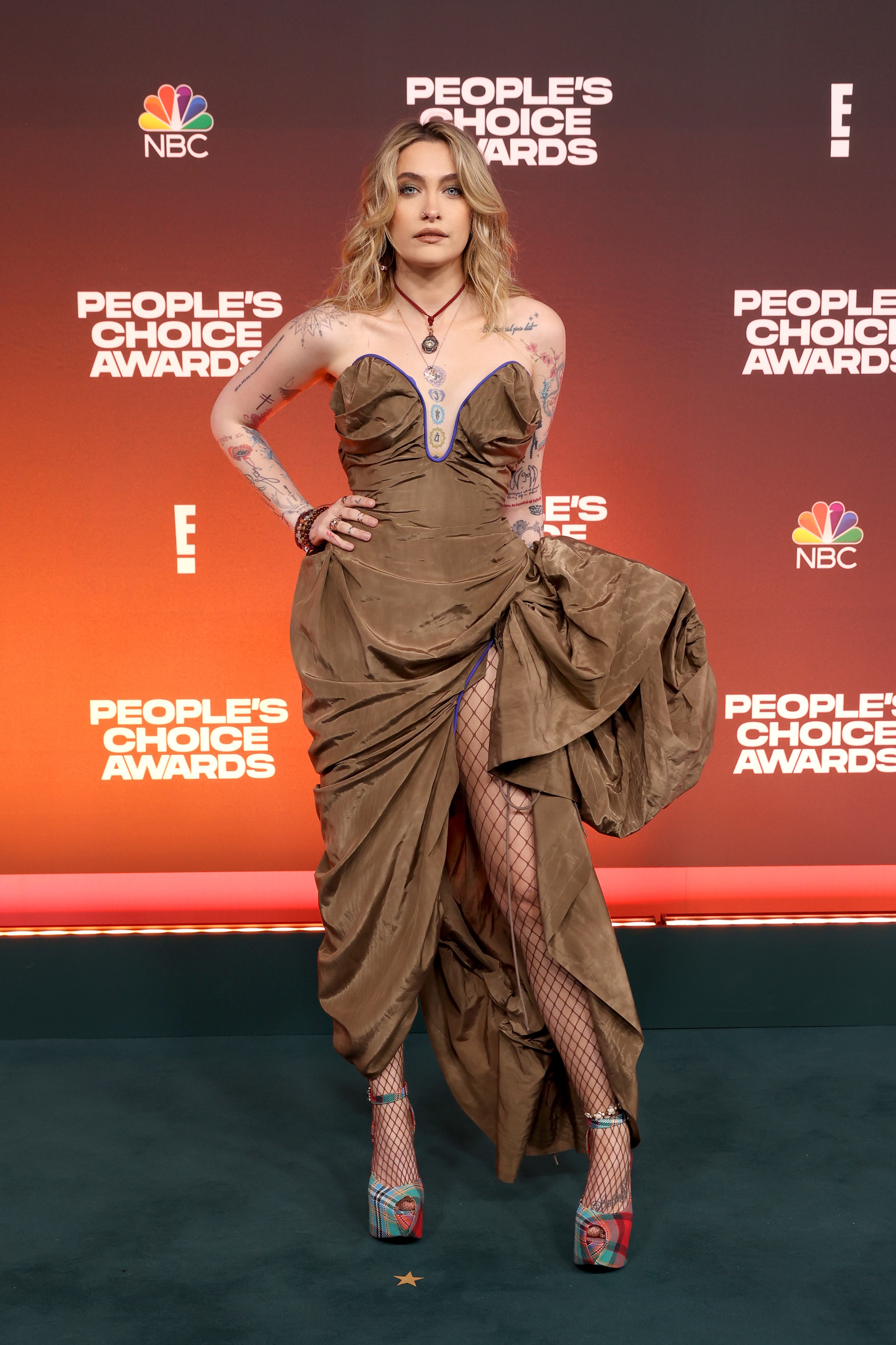 Paris rocked up to the red carpet in an earth brown avant-garde gown from Vivienne Westwood with a slit that showed off her fishnet tights. 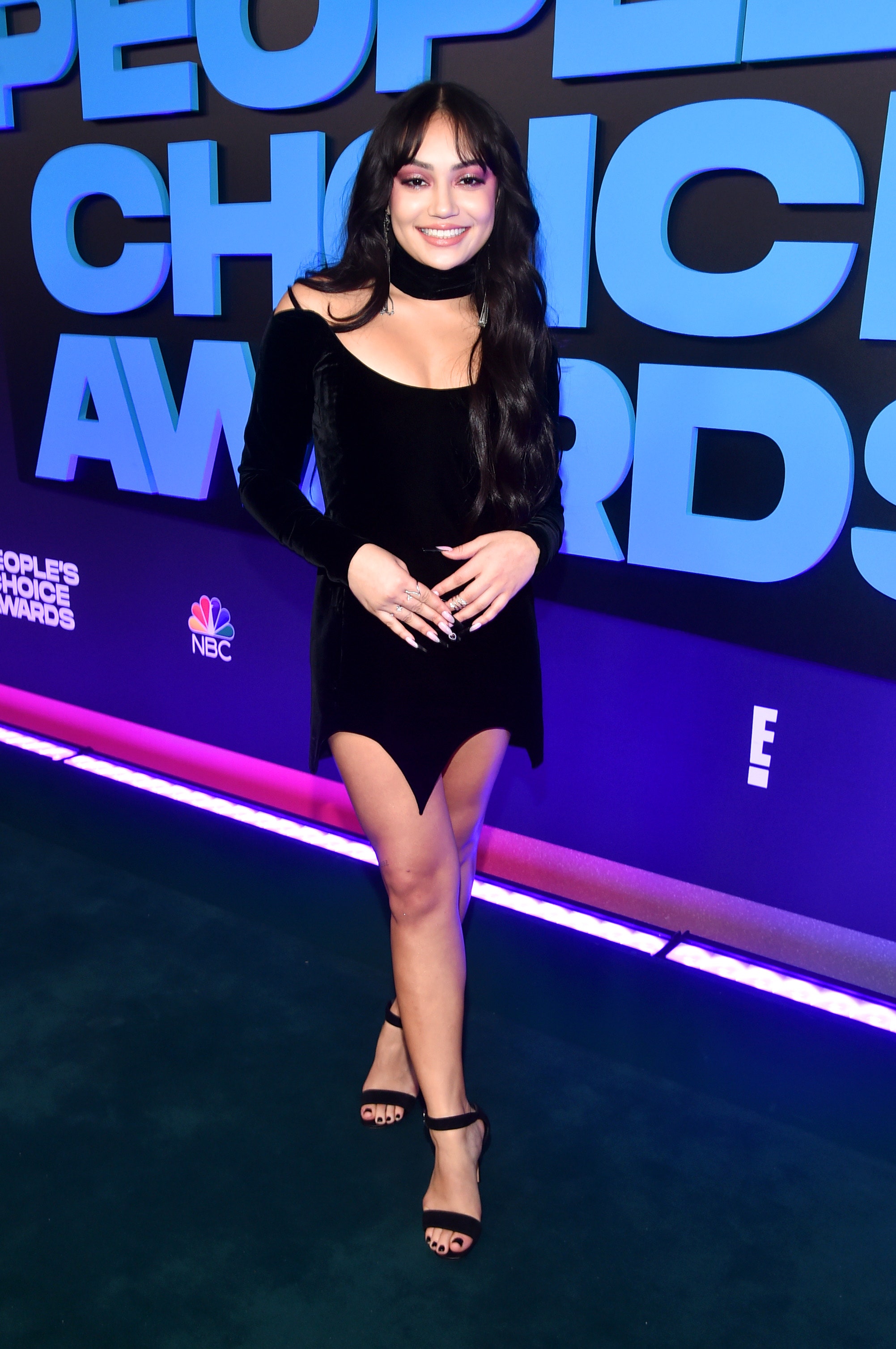 LBD is always a classic! 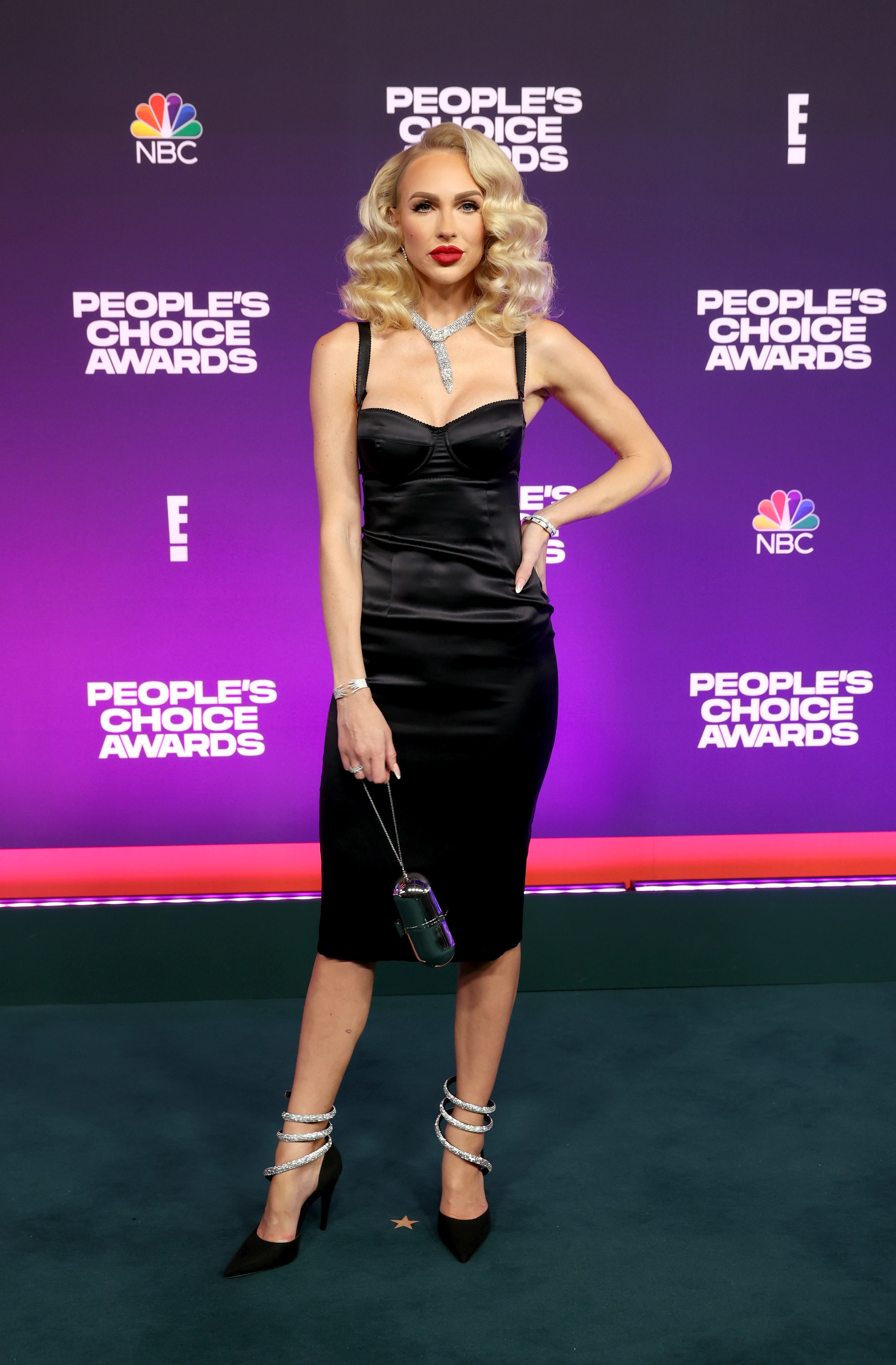 Selling Sunset‘s Christine Quinn gave us a taste of “Old Hollywood” from her hair to her dress! 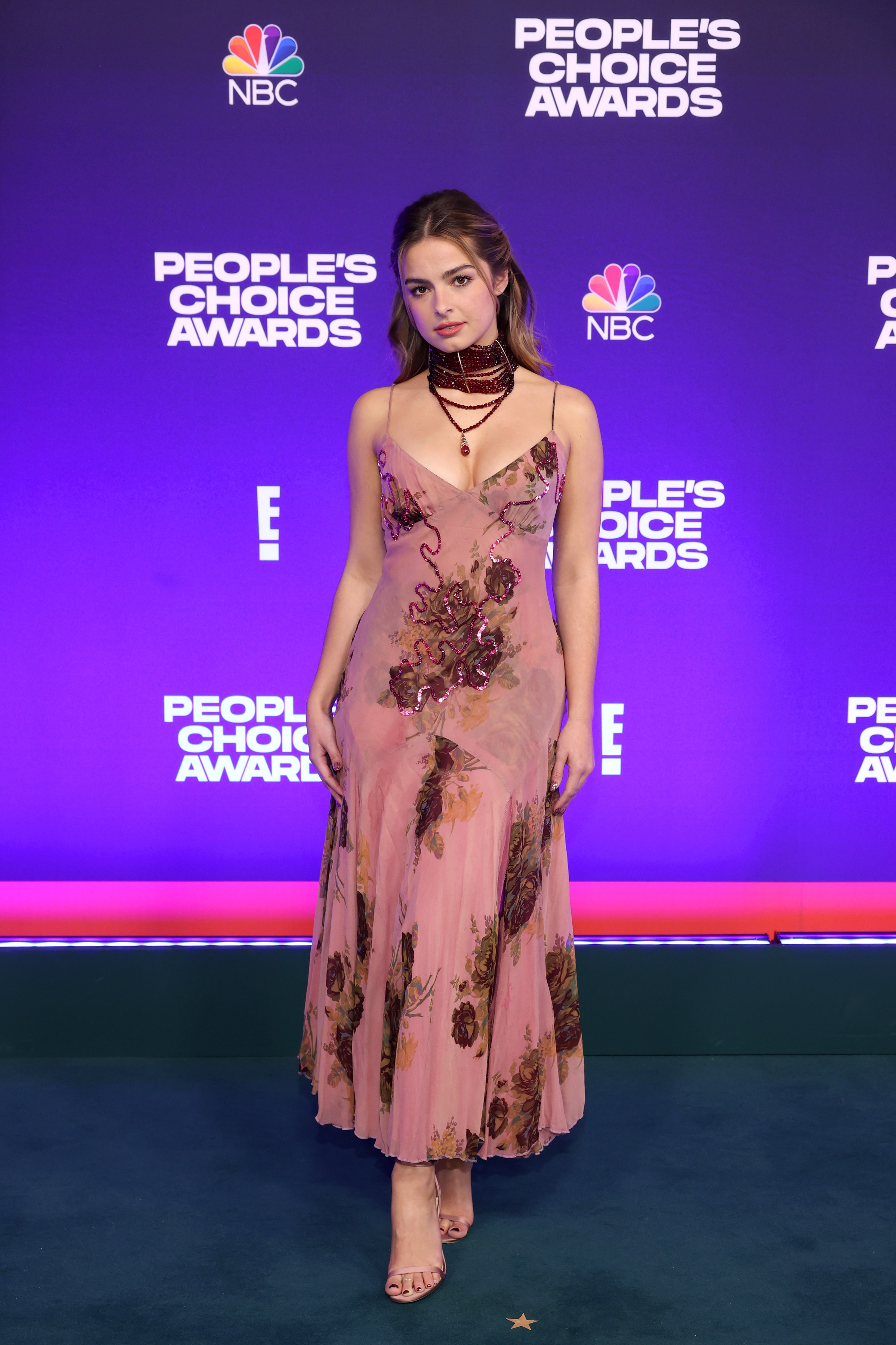 The TikTok star showed up on the red carpet wearing a pink vintage Betsy Johnson dress. 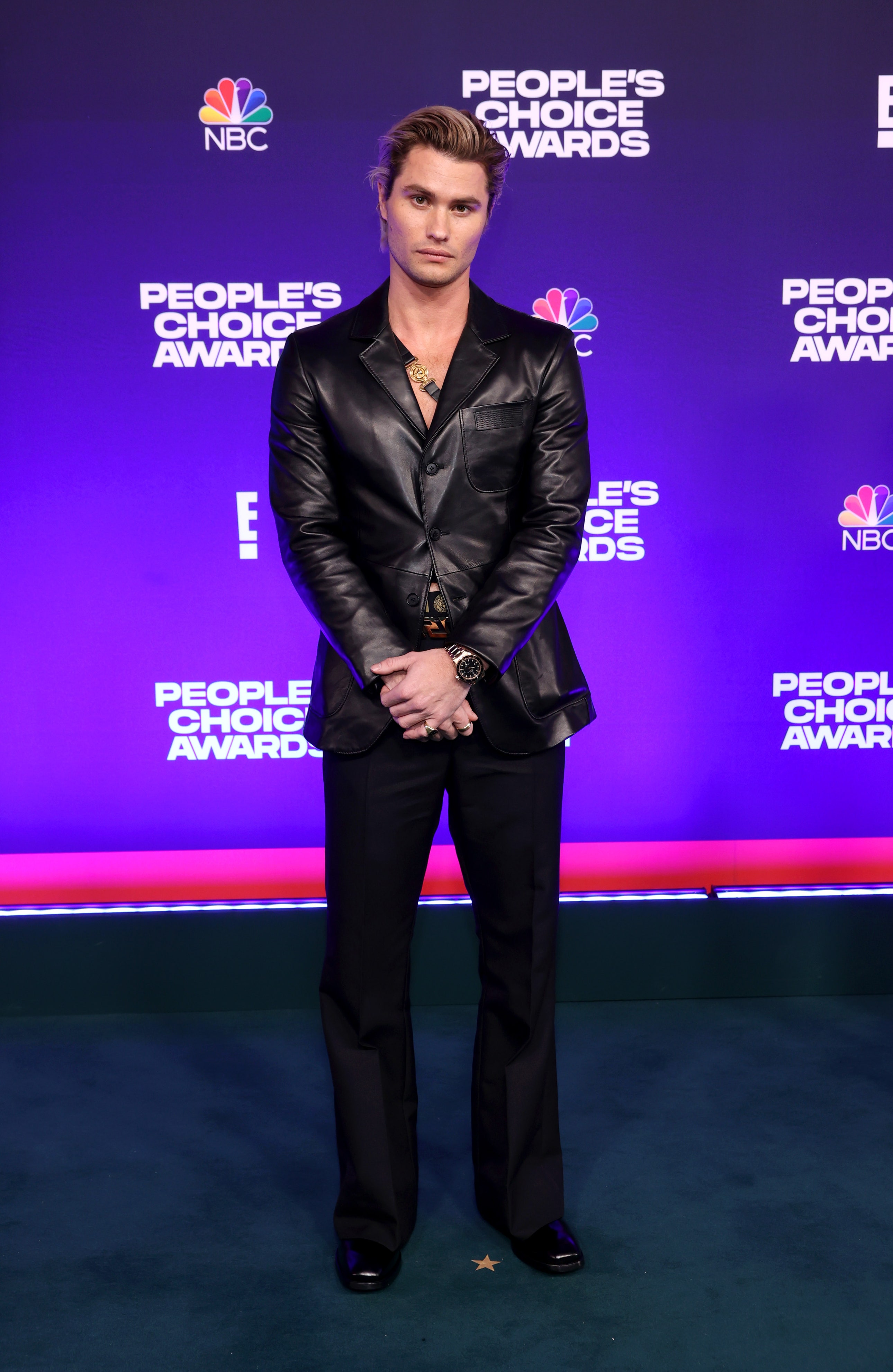 With season three freshly confirmed, the Outer Banks fam reunited at the event. Chase came to the red carpet in a leather blazer that proved leather is acceptable whatever the weather. 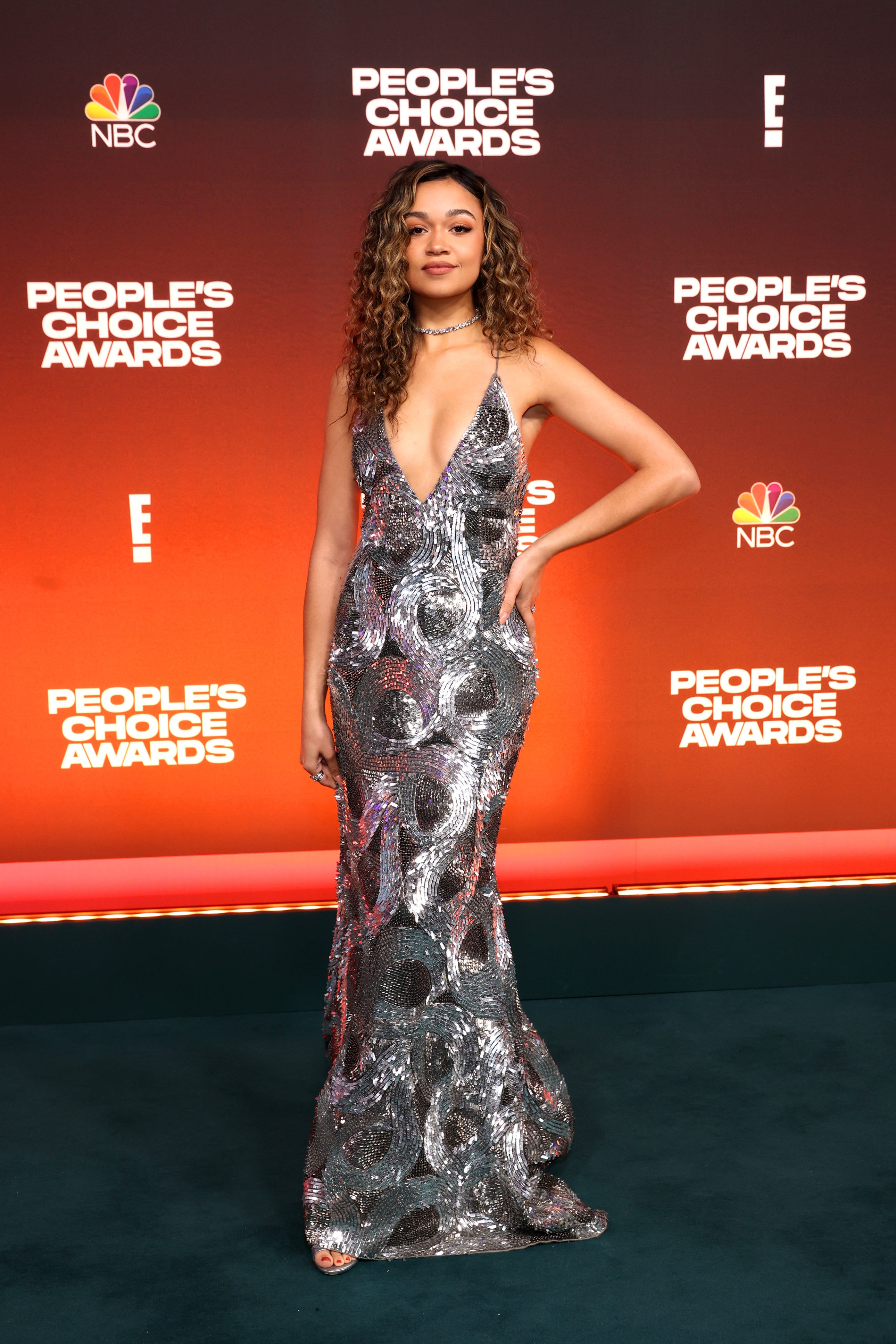 Madison Bailey showed up and showed out wearing a silver gown from Moschino. We can’t get enough of this look! 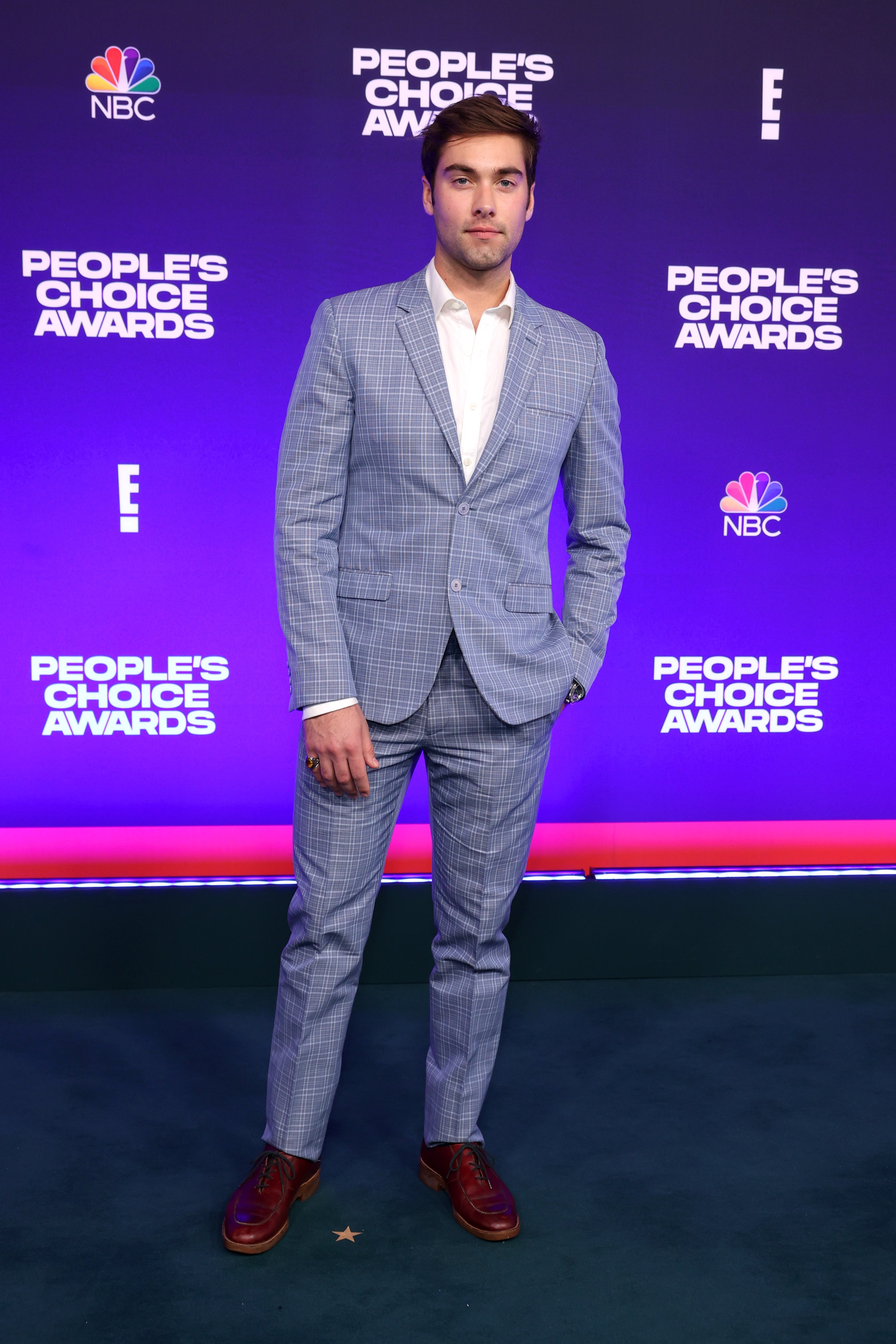 We love a blue suit! 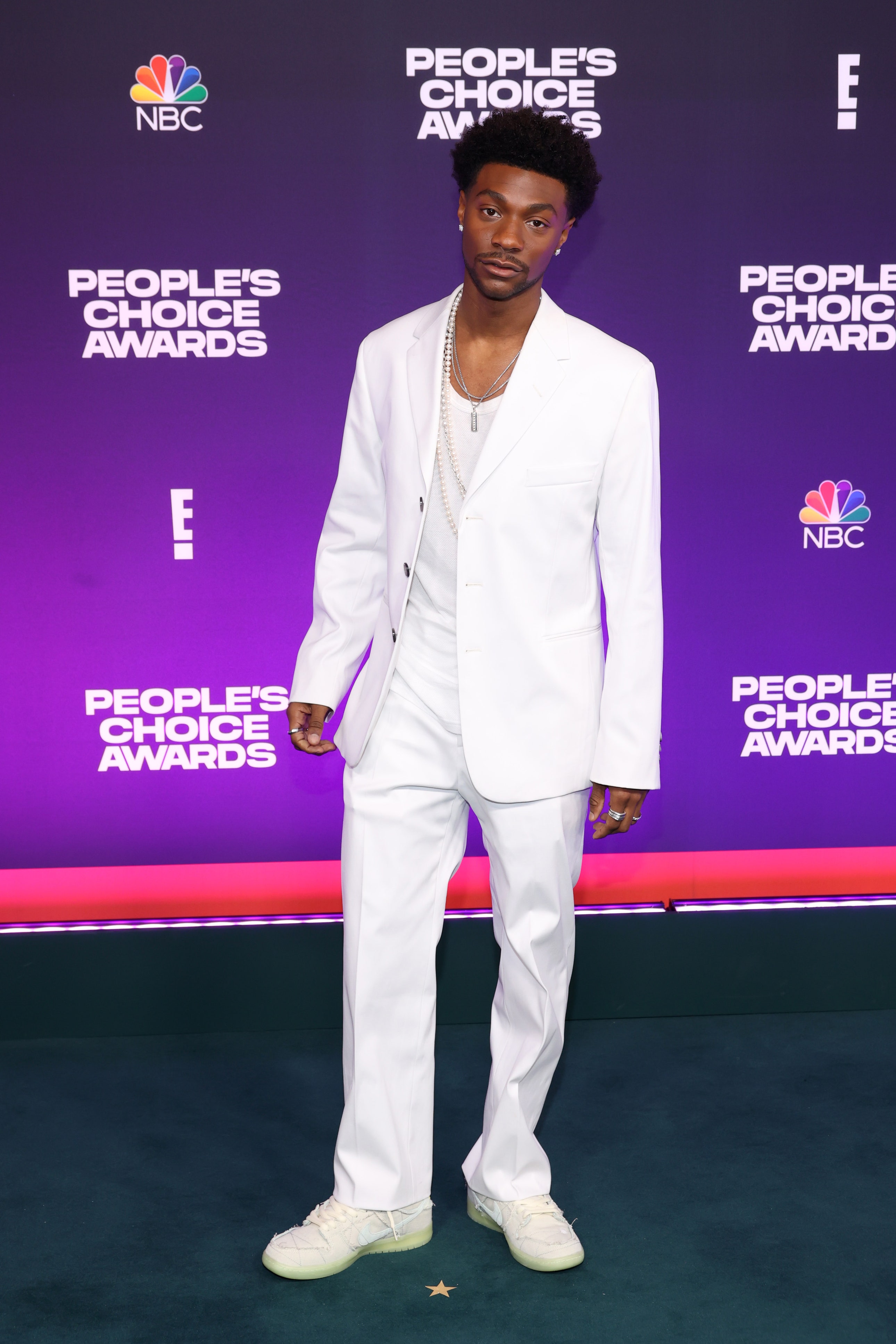 Last but not least from the OBX fam: Not everyone can pull off wearing all white but Jonathan showed he indeed can. 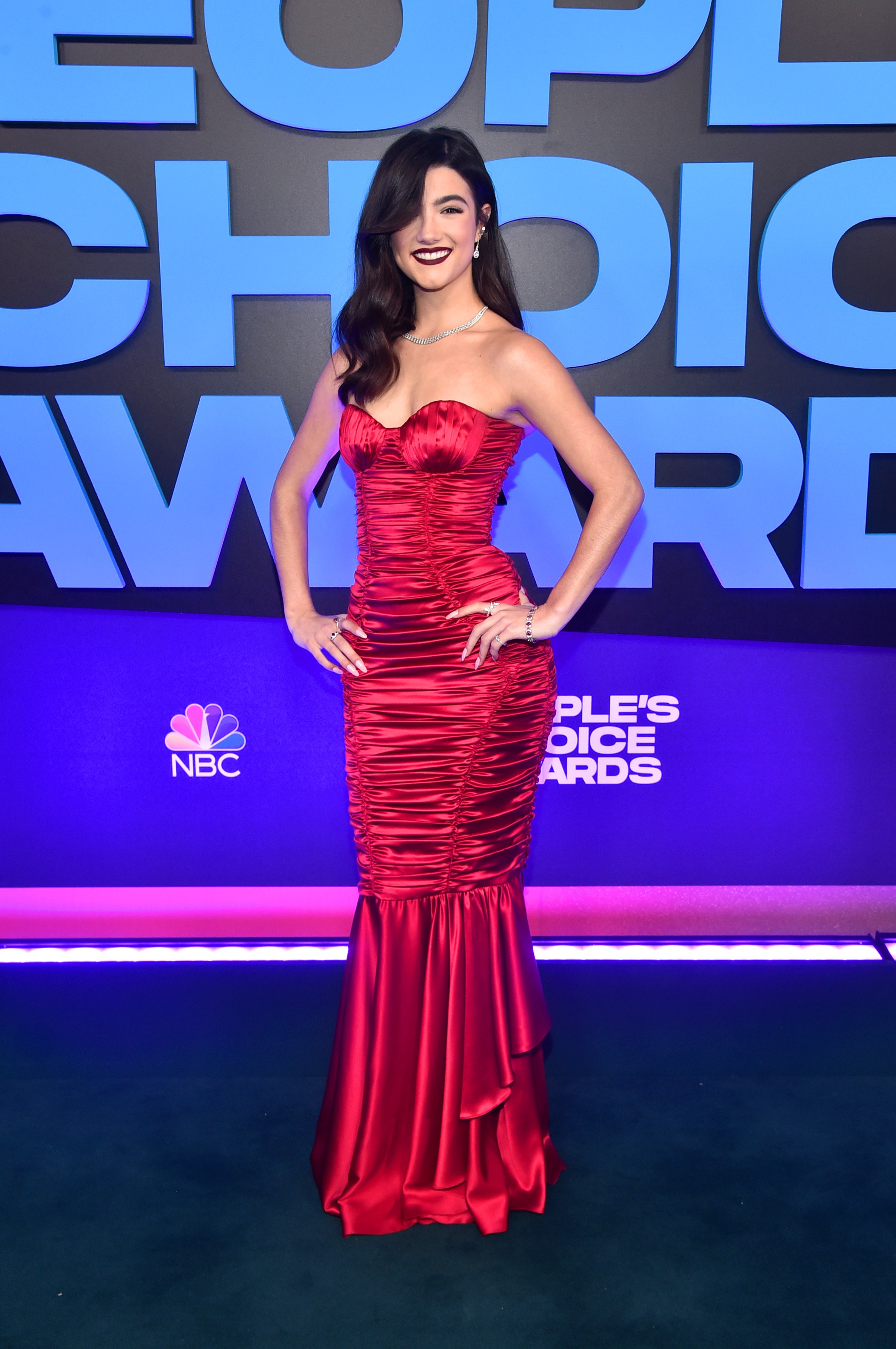 The 17-year-old was red hot in a vintage-inspired ‘fit and glam that was sure to turn heads.

X-Tina is back again! We had major flashbacks from the early 2000’s! Christina looks even better than she did 20 years ago!

Lastly, we have the mom of the decade: Kris Jenner! This all red velvet suit just embodies her completely!

This year’s Golden Globe Awards were unlike any other year. Besides not having any audience…
END_OF_DOCUMENT_TOKEN_TO_BE_REPLACED
0
0
Share
CelebrityRed Carpet

After quite the exacerbated hiatus, our favorite chaotic high schoolers will finally be returning…
END_OF_DOCUMENT_TOKEN_TO_BE_REPLACED
0
0
Share

Virgil Abloh: His Final Mark on the World