Holiday season is in full swing, more movies are being released and with movie theaters mostly reopened. Let’s take a look at what movies are should be on your watch list:

Swinging his way into theaters on Dec 17 is Spiderman with the new movie Spiderman: No Way Home. Featuring Tom Holland as Spiderman. No Way Home focuses on Peter Parker working with Doctor Strange (Benedict Cumberbatch) to help him restore his secret identity after it was exposed by Mysterio. This is the third installment in the Marvel Cinematic Universe’s Spiderman saga and it is set to be the most exciting film in the series. With villains such as the Green Goblin and Doctor Octopus set to return, this will be an exciting watch for both casual viewers and die-hard Spiderman fans. 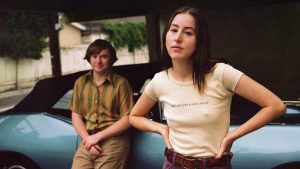 From the director of Phantom Thread and Boogie Nights comes an exciting tale about a teenager named Gary Valentine ( Cooper Hoffman) and a photographer’s assistant named Alana Kane (Alana Haim). They are going on journeys in 1973 Los Angeles. Also featuring Bradley Cooper and Sean Penn, Licorice Pizza is set to be an awards season favorite. The film opened in limited release on Nov 26 with a wide release on Christmas. 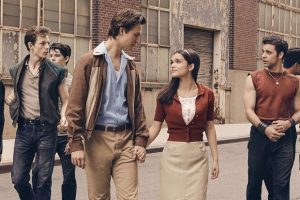 Currently out in theaters is Stephen Spielberg’s take on the classic musical West Side Story. Featuring Ansel Elgort and Rachel Zegler as Tony and Maria, the story takes place in 1950s New York. Tony is a member of the Jets while Maria is associated with the Sharks. Both gangs are at war with each other but Maria and Tony are in love and must decide if they will follow their gang leaders or their hearts. 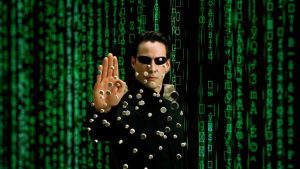 For the first time in almost two decades comes an additional film to the acclaimed Matrix saga. Featuring Keanu Reeves as Neo, Matrix Resurrections is set 20 years after Matrix Revolutions and Neo does not recognize Trinity (Carrie-Anne Moss) after years of living a normal life in San Francisco. However, after meeting with Morpheus (Yahya Abdul-Mateen II) Neo soon rediscovers that everything he thought he knew was a lie. Directed by Lana Wachowski, The Matrix Resurrections comes to theaters and HBO Max on Dec 22.

A Journal For Jordan 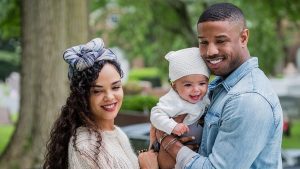 Blurred Reality – movies for your holidays

A heartwarming drama from director Denzel Washington about Sergeant Charles Monroe King (Michale B Jordan) who keeps a journal to write advice for his son Jordan comes out on Christmas Day. Also featuring newcomer Chanté Adams, A Journal For Jordan is expected to be competing for many awards this season.

The Tragedy of Macbeth 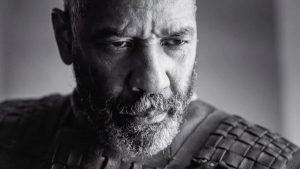 Academy Award winners Frances McDormand and Denzel Washington star in an adaptation of the famous William Shakespeare play Macbeth. Directed by Joel Coen, The Tragedy of Macbeth follows Lord Macbeth’s (Washington) quest to become king of Scotland after being convinced by three witches to pursue the throne. The film will have a limited release in theaters on Christmas before hitting Apple TV + on Jan 14.

Take a look at our coverage of Diana The Musical premiere currently playing on Broadway, interviews with Marti Gould Cummings and Olga Merediz

Last Euphoria Sunday.. for a while and when wee say awhile we mean it as Zendaya’s schedule is…
END_OF_DOCUMENT_TOKEN_TO_BE_REPLACED
324
0
Share
Movie Reviews