Mugler, born December 21, 1948, in Strasbourg, France, began designing in his early twenties. He rose to fame in the 1980s and became known for his structural creations, often with large shoulders.

Best known for the eponymous fashion house he founded in the 70s, Mugler’s penchant for avant-garde designs and hyper feminine suiting has left a lasting legacy on the industry. Despite retiring from fashion in 2003, he made a one-off triumphant return to design the iconic ‘wet look’ dress worn by Kim Kardashian West at the Met Gala in 2019. In recent years, vintage Mugler pieces have become a fan favorite of the celebrity style set including rapper Cardi B who wore his archival ‘Venus’ gown from the brands A/W 1995-1996 couture collection. As a pioneer of couture, his flamboyant creations and sexy silhouettes put him at the forefront of his contemporaries. 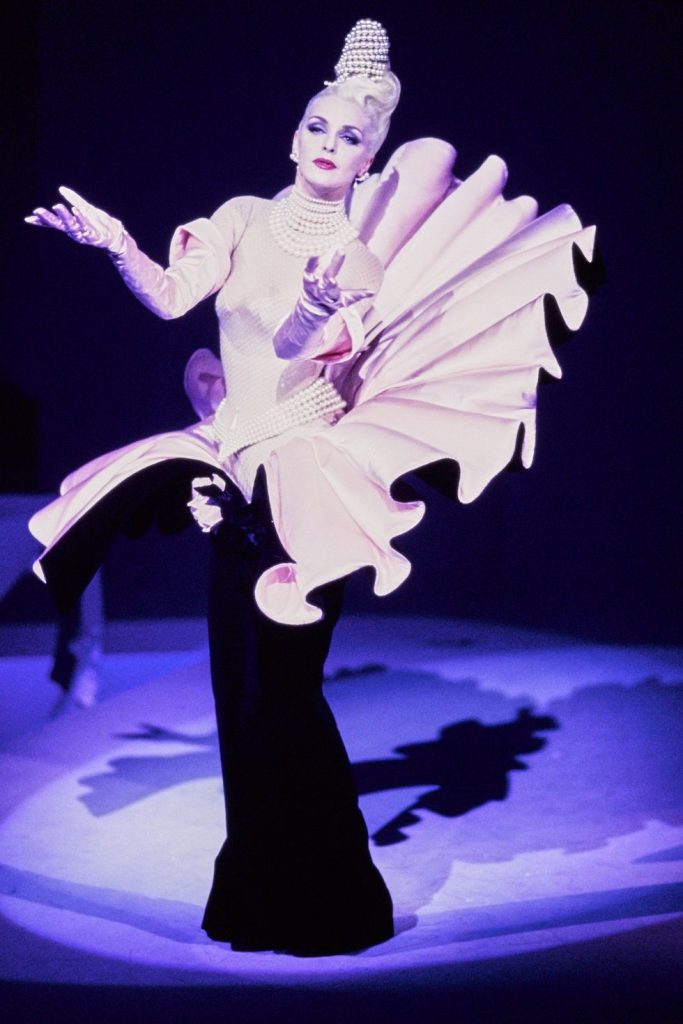 “Manfred, I am so honored to have known you and to work within your beautiful world.”- Casey Cadwallader, the current creative director at the house of Mugler

Here are some of Manfred Thierry Mugler’s most iconic looks:

Kim Kardashian at the 2019 Met Gala

One of the most recent looks even younger generations can appreciate. Thanks to Kim’s social media we were all able to witness the process of a putting together a look and how much effort it takes. But then the result is definitely one for the books. 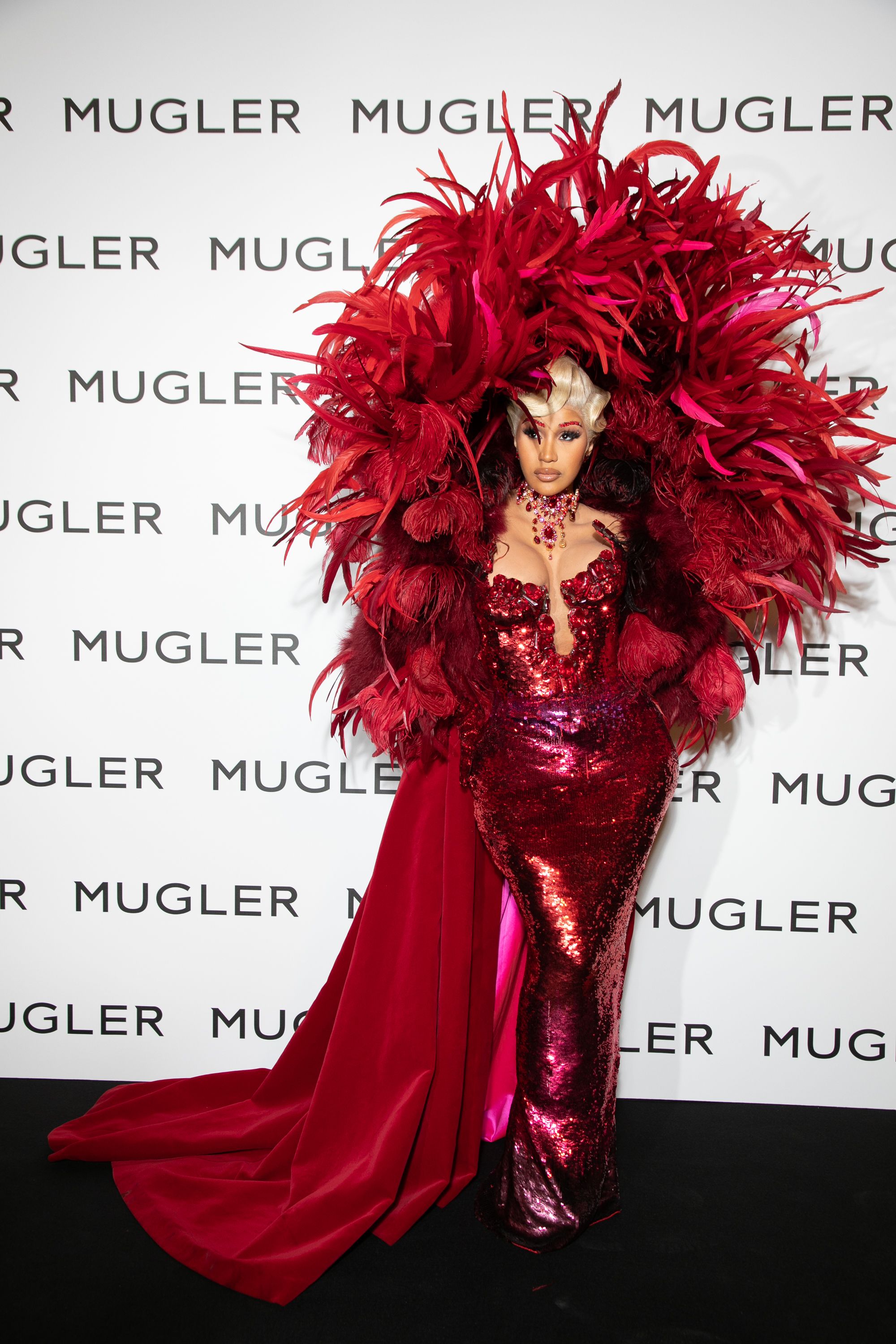 Cardi B attended the opening of the “Thierry Mugler: Couturissime” exhibition at the Musée des Arts Décoratifs in a dramatic red ensemble from the designer’s 1995 couture collection. 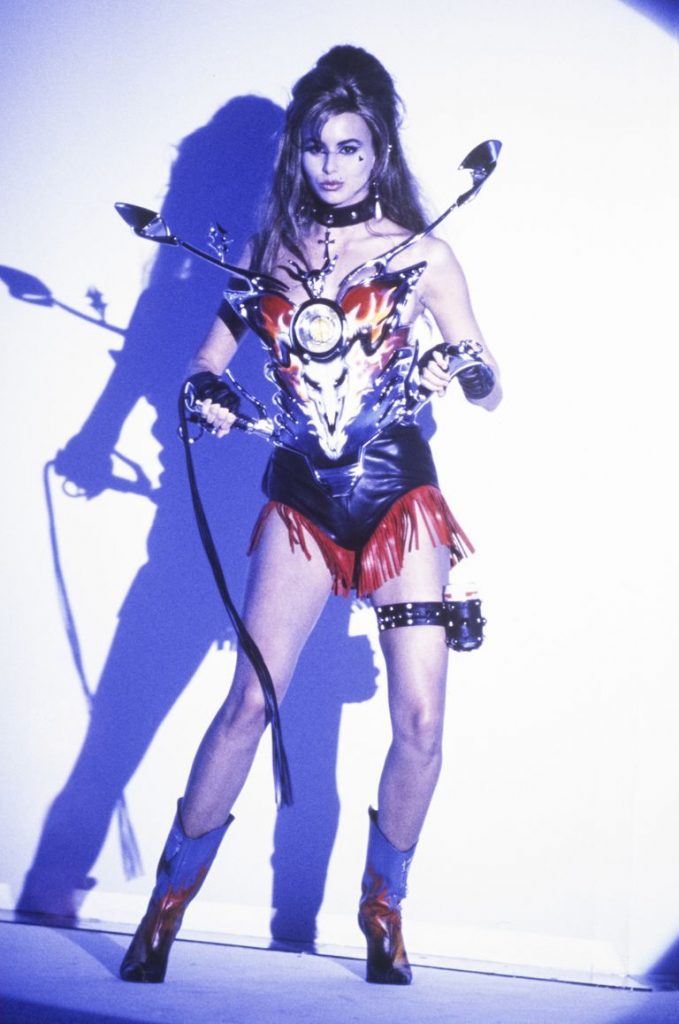 One of the most iconic pieces is the Harley Davidson corset he created for his spring/summer 1992 collection. In collaboration with renowned corset maker Mr Pearl, Mugler created one his most theatrical pieces which you may recognize from Beyoncé’s ‘I Am…’ 2009 world tour. Beyoncé saw this piece at the Met’s ‘Superheroes’ exhibition as a result she decided she had to collaborate with the designer.

The floor-length black dress worn by actress Demi Moore in the 1993 film Indecent Proposal. It was not a simple black dress and it was appreciated by fashionistas of the 90’s for the cut out cup 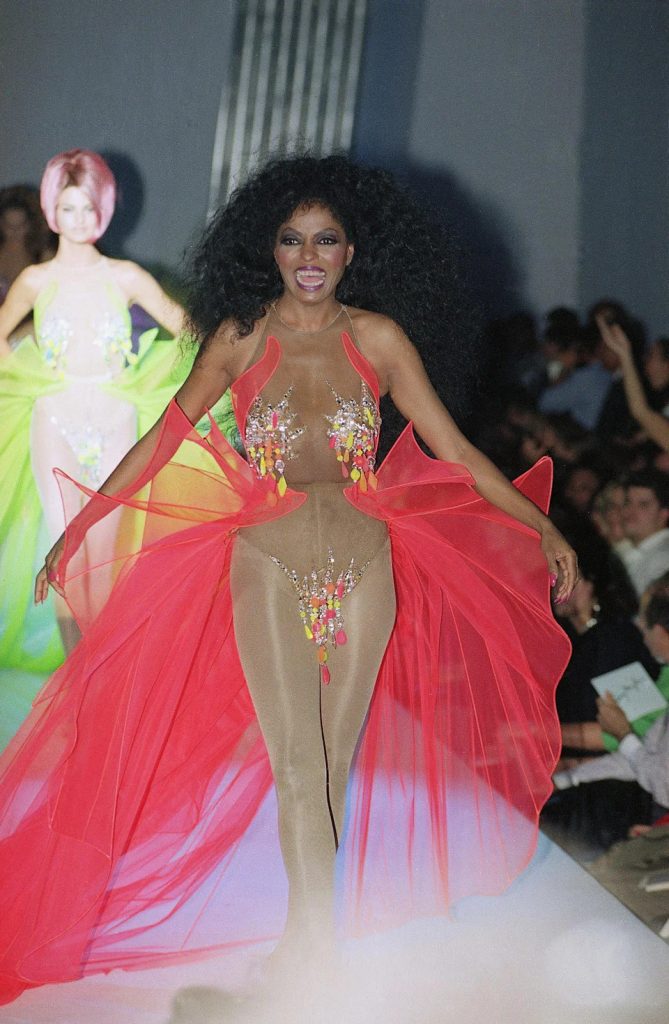 King of couture on full display dazzling on Diana Ross. The pair worked together on many of her looks most famous was her look walking the runway for designer’s spring/summer 1991 runway show. 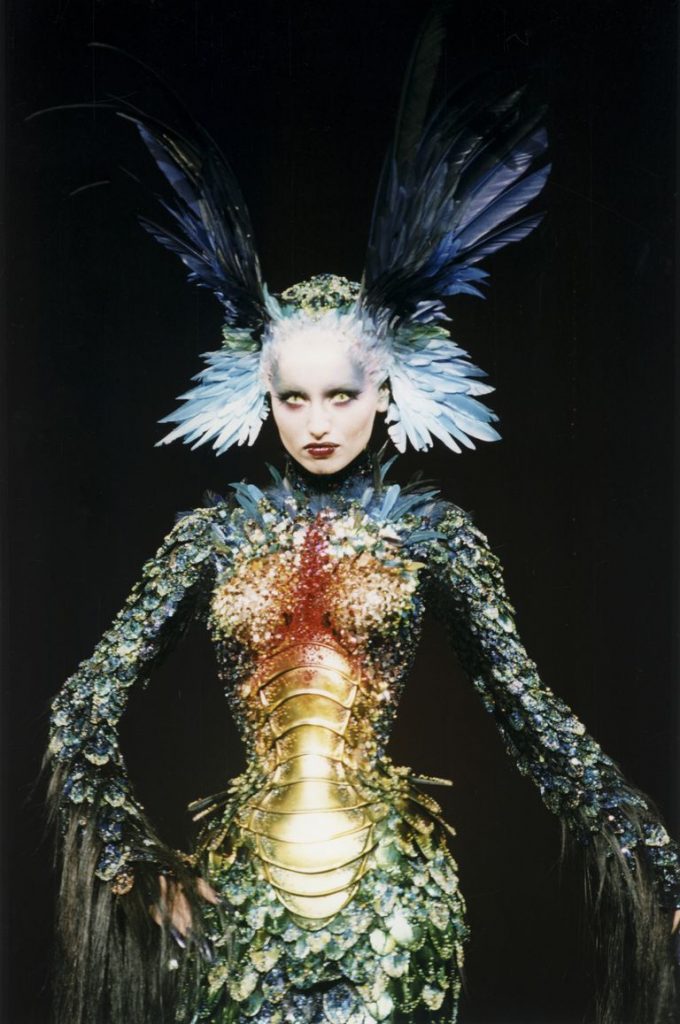 Manfred presented an alien or beastly looking female.  Her eyes were exaggerated by yellow, serpent-like eye contacts and her body sculpted by another incredible Mr Pearl corset.

‘This was sort of a combination of fish, bird and beast. It was probably the most intense project, it took six weeks working 24 hours a day. So it’s 12 weeks, in fact. There was day shift and night shift. We were 20 people,’ said Mr Pearl to Dazed. 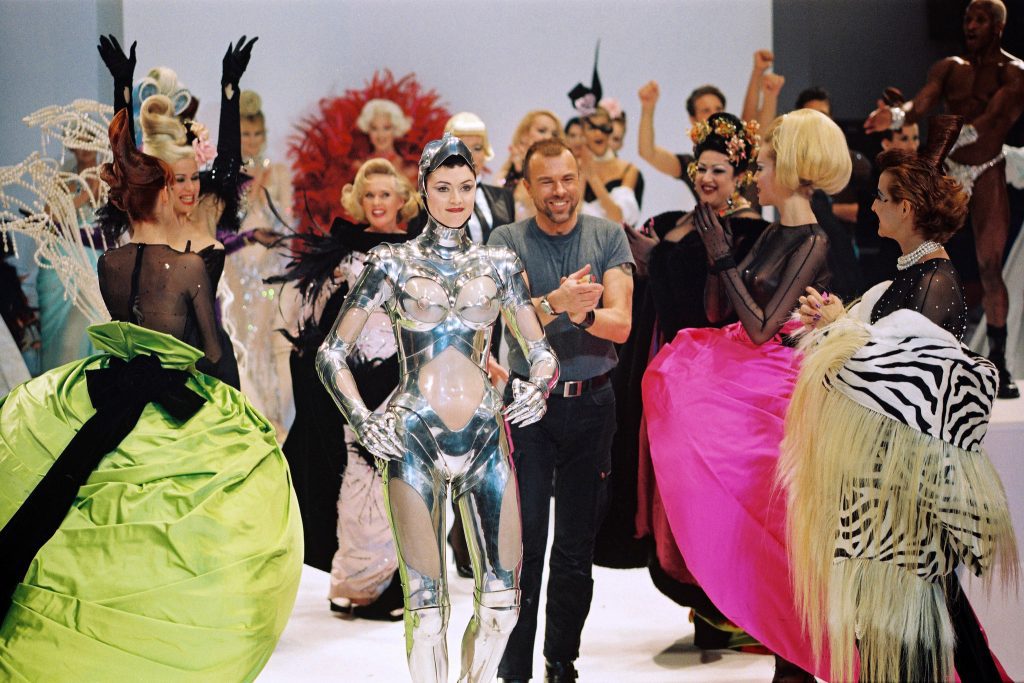 For his Autumn/Winter 1995 show and 20th anniversary ‘Cirque d’Hiver’ collection was presented. It was a celebration of his world and his place in history was marked as one of the most iconoclastic designers of all time. Most remembered look was a”fembot” catsuit. It was made in collaboration with the artist Jean-Jacque Urcun.  This space outfit was recently worn by Cara Delevingne on the cover of GQ.

There are many epic moments in Manfred Thierry Mugler’s career and we were able to highlight only a small fraction. One thing is certain, his loss is deeply felt in the fashion world.

Fall Trends 2022: Stay Ahead of the Game

Fall Trends 2022 : Make old into new. Good news is you may already have these trends in your closet…
END_OF_DOCUMENT_TOKEN_TO_BE_REPLACED
54
0
Share
Fashion

Fibers matter? Clothing endorsed by celebrities become bestsellers, but, have you wondered why a…
END_OF_DOCUMENT_TOKEN_TO_BE_REPLACED
160
0
Share
Fashion