After quite the exacerbated hiatus, our favorite chaotic high schoolers will finally be returning this Sunday in the premiere of Euphoria season two. Here’s a little something to hold you over. Although there has been a surge in cases of Covid-19/ Omicron, the Euphoria cast still found a way to glam up and gather safely in Los Angeles on Wednesday evening, January 5th. HBO set up a little step and repeat, and unsurprisingly, looks were served. 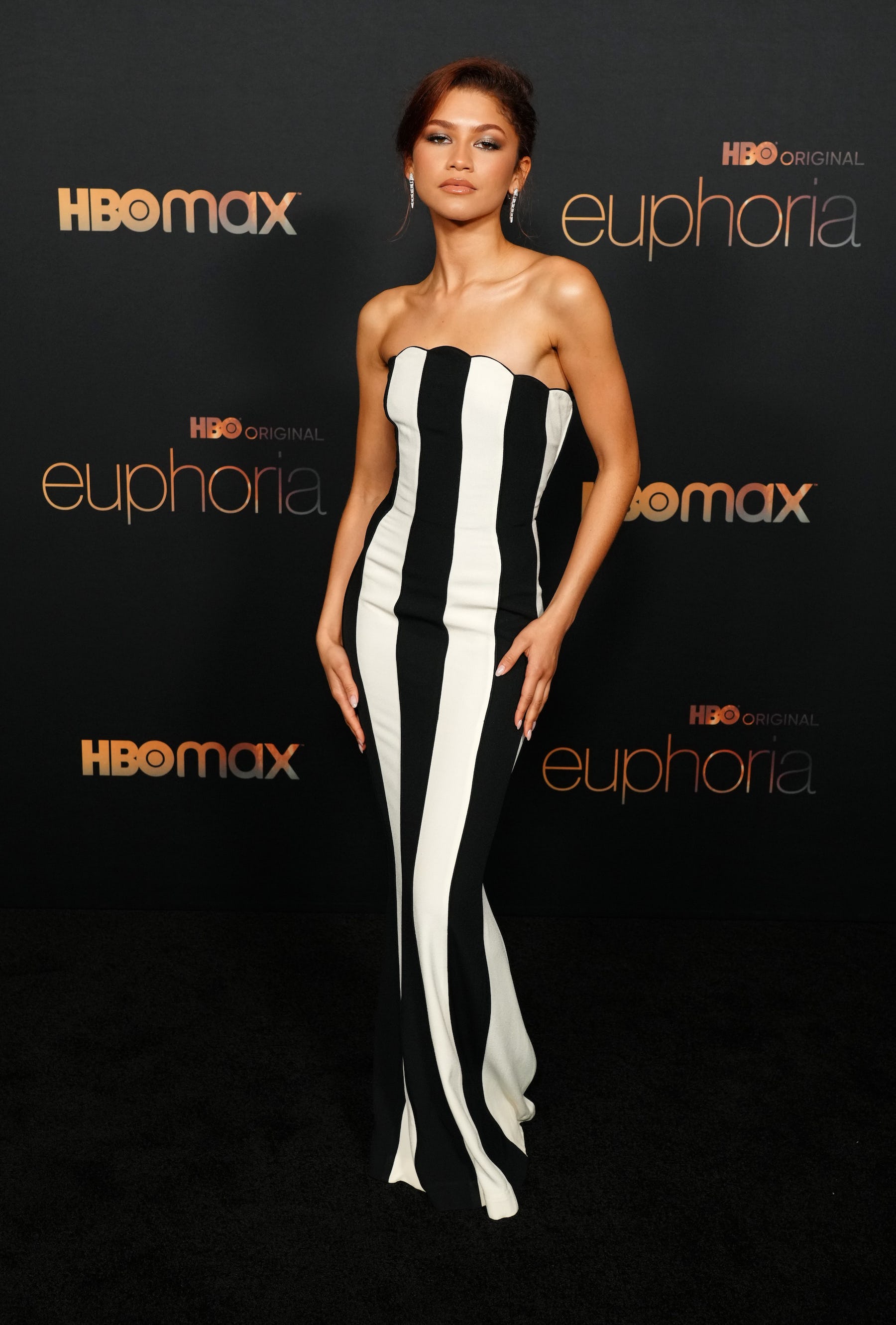 Zendaya led the pack, showing up to the event in a vintage Valentino spring/summer 1992 black and white strapless dress, originally modeled by Linda Evangelista. 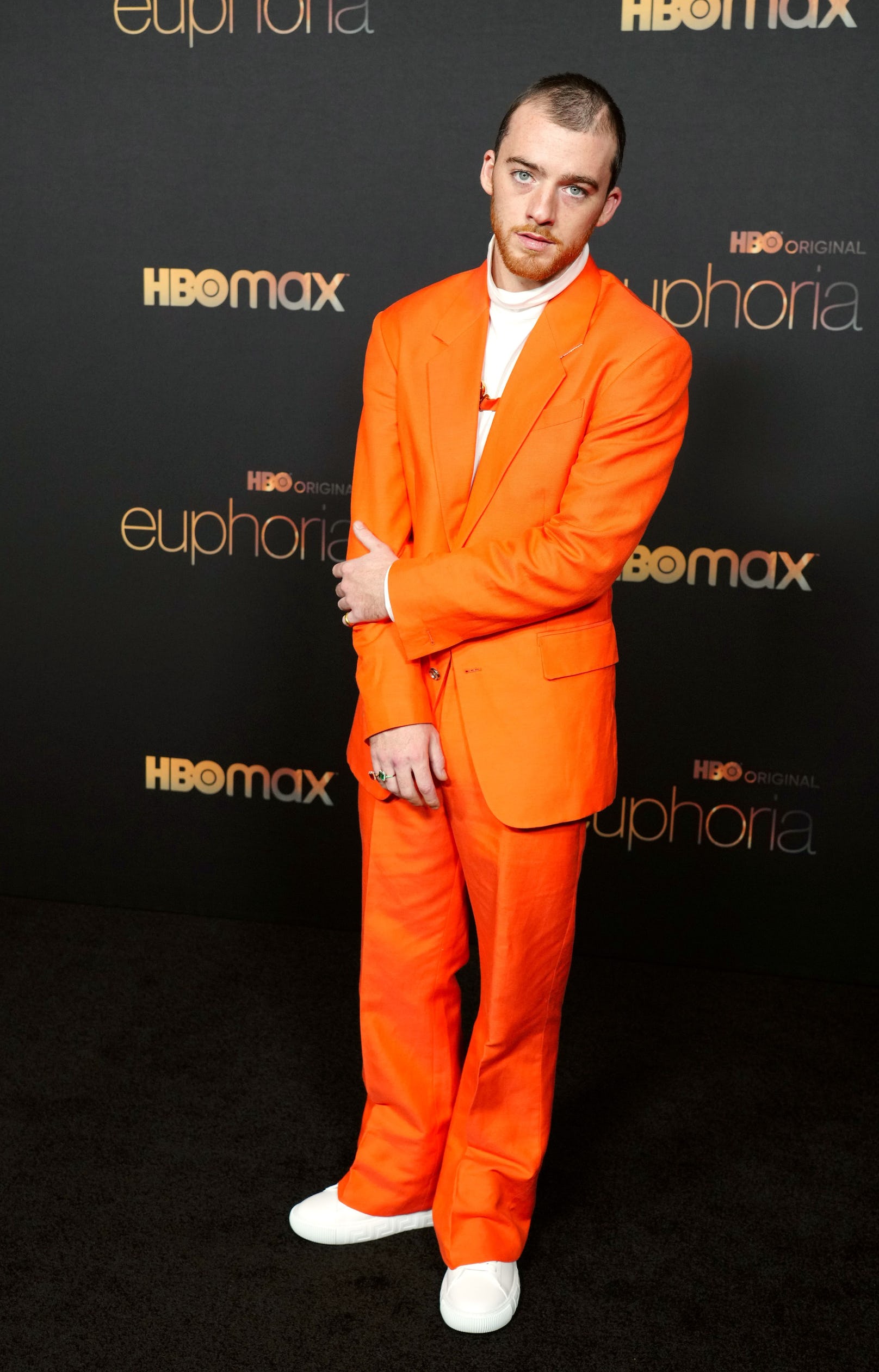 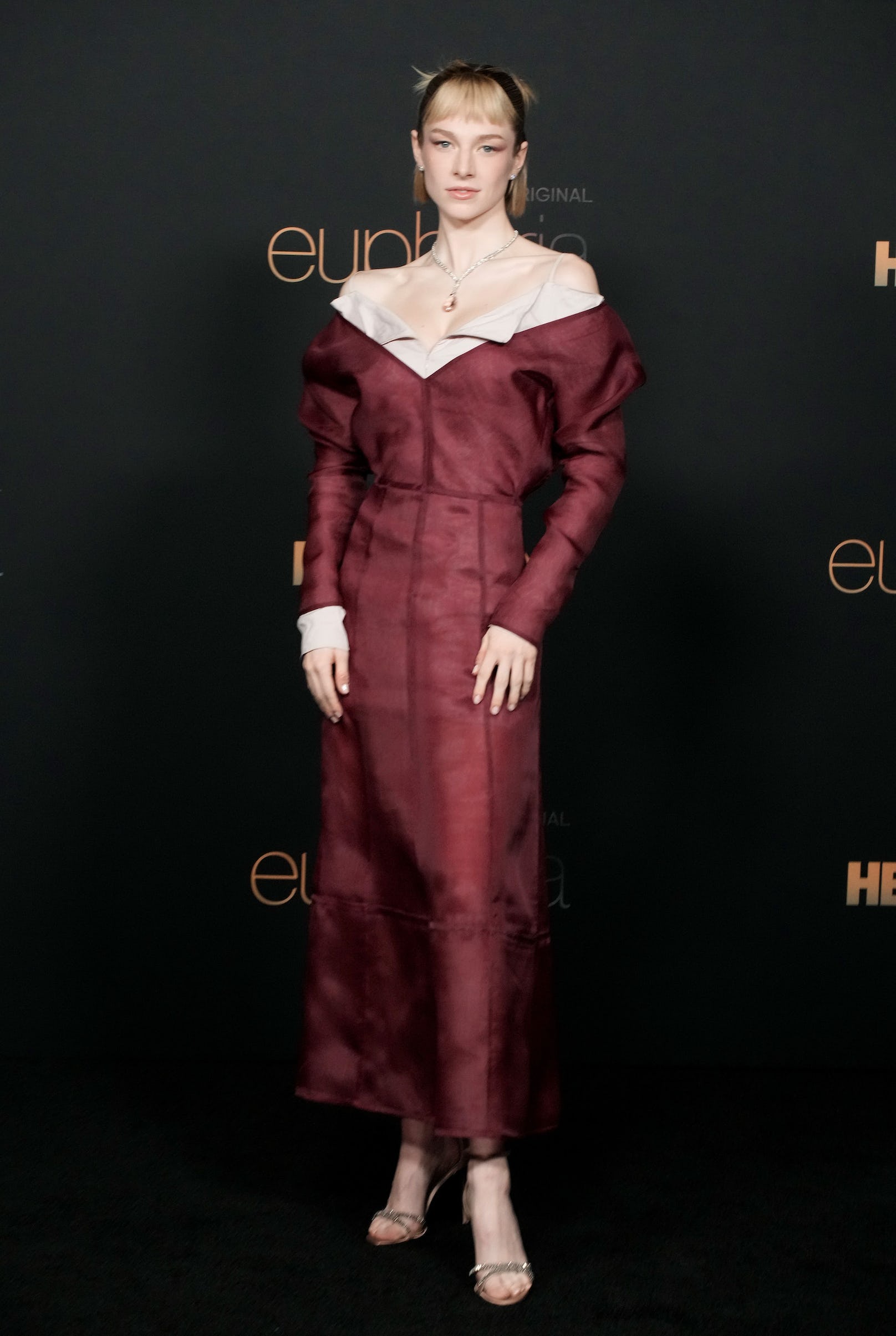 Hunter Schafer, meanwhile, showed up in a structured burgundy custom Prada dress with a nude undershirt and collar. 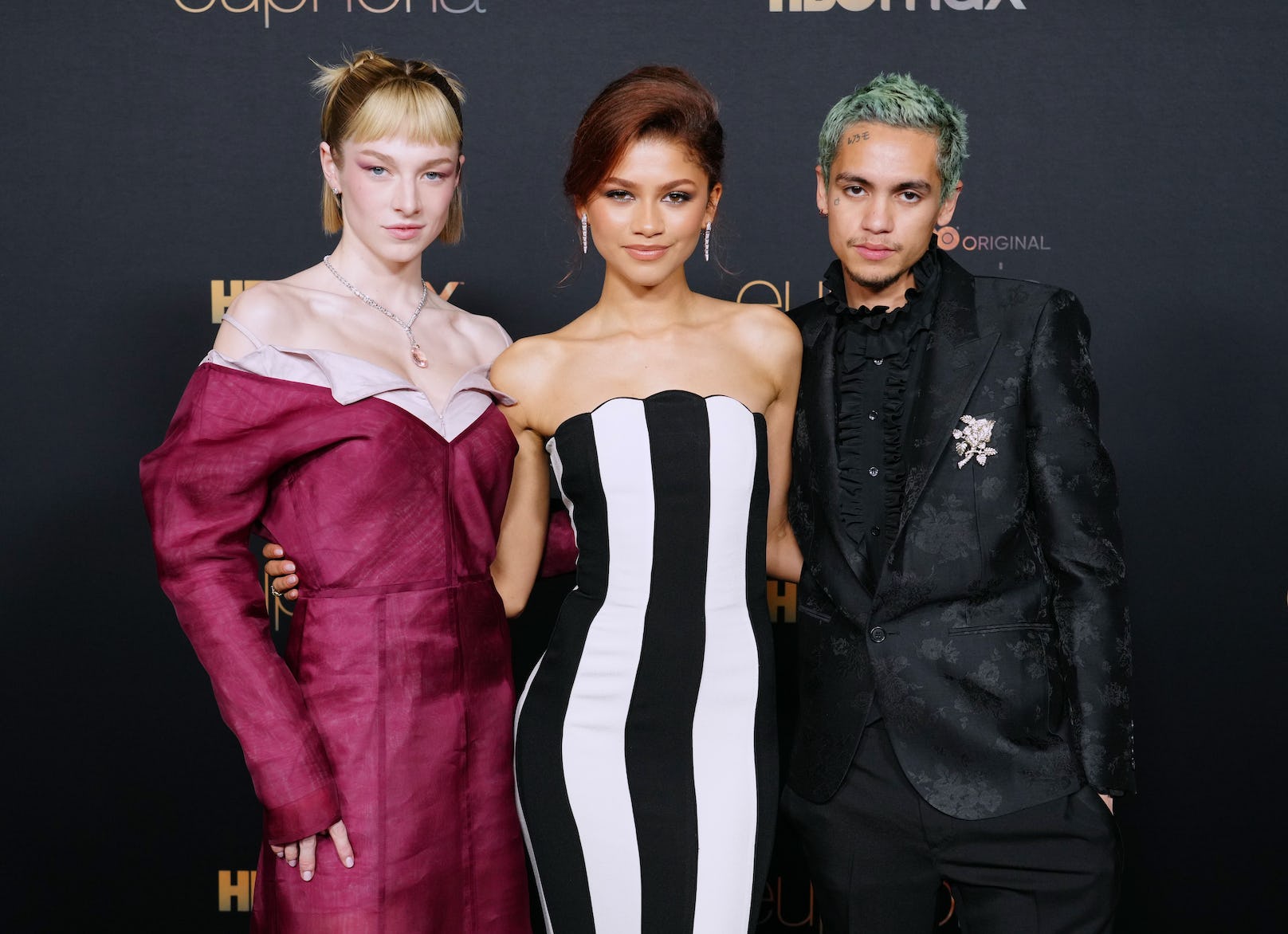 Image From W Magazine. Fike on the Right.

Dominic Fike, also hit the “red carpet” in a more eclectic look, posing with his costars in a black brocade jacket and ruffled undershirt. He finished off the ensemble with a rose brooch and his pastel green-dyed hair. 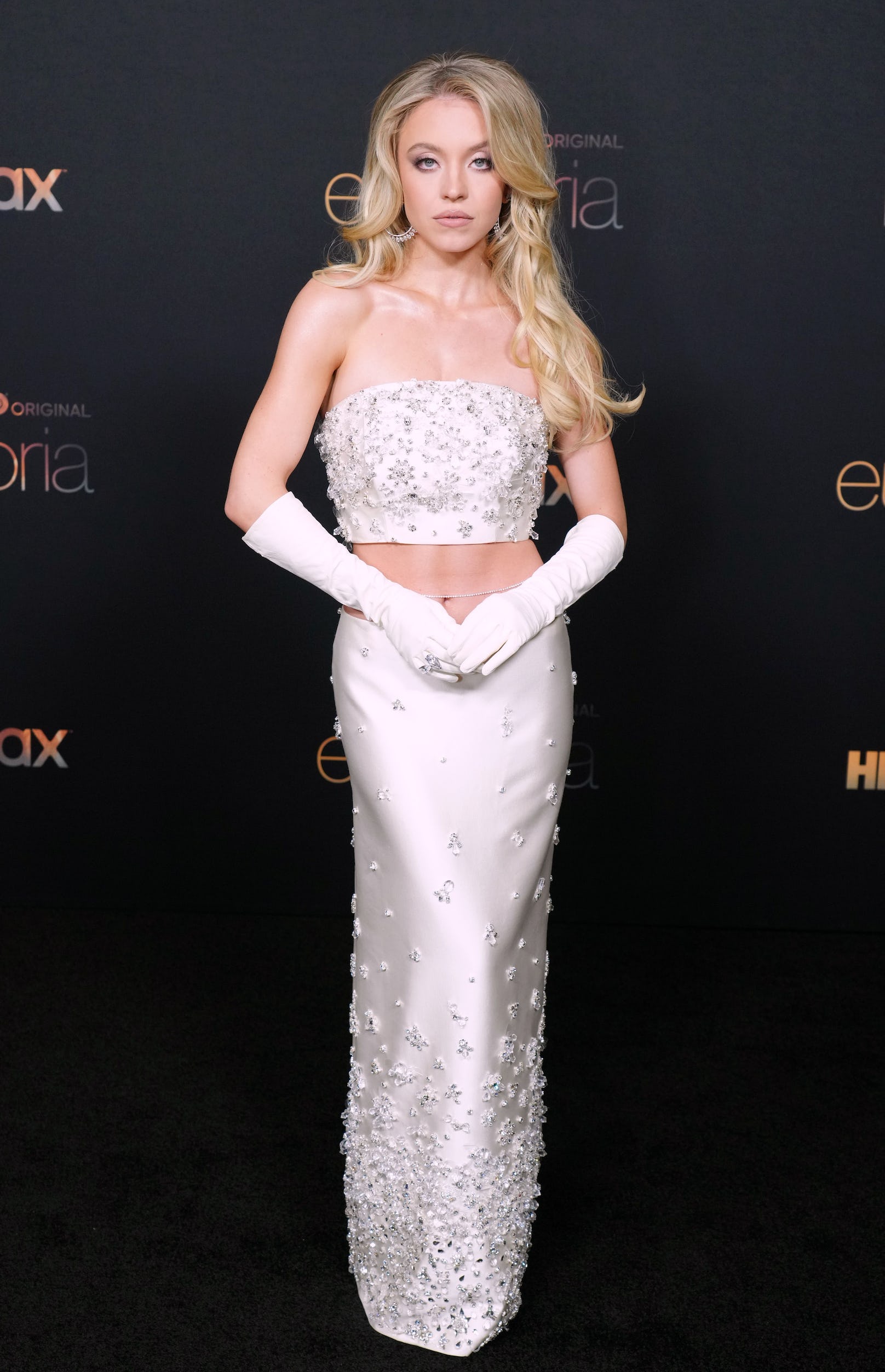 Sydney Sweeney, went for a very different look for the premiere, showing up in a white custom Miu Miu two piece with matching gloves, covered in floral applique. 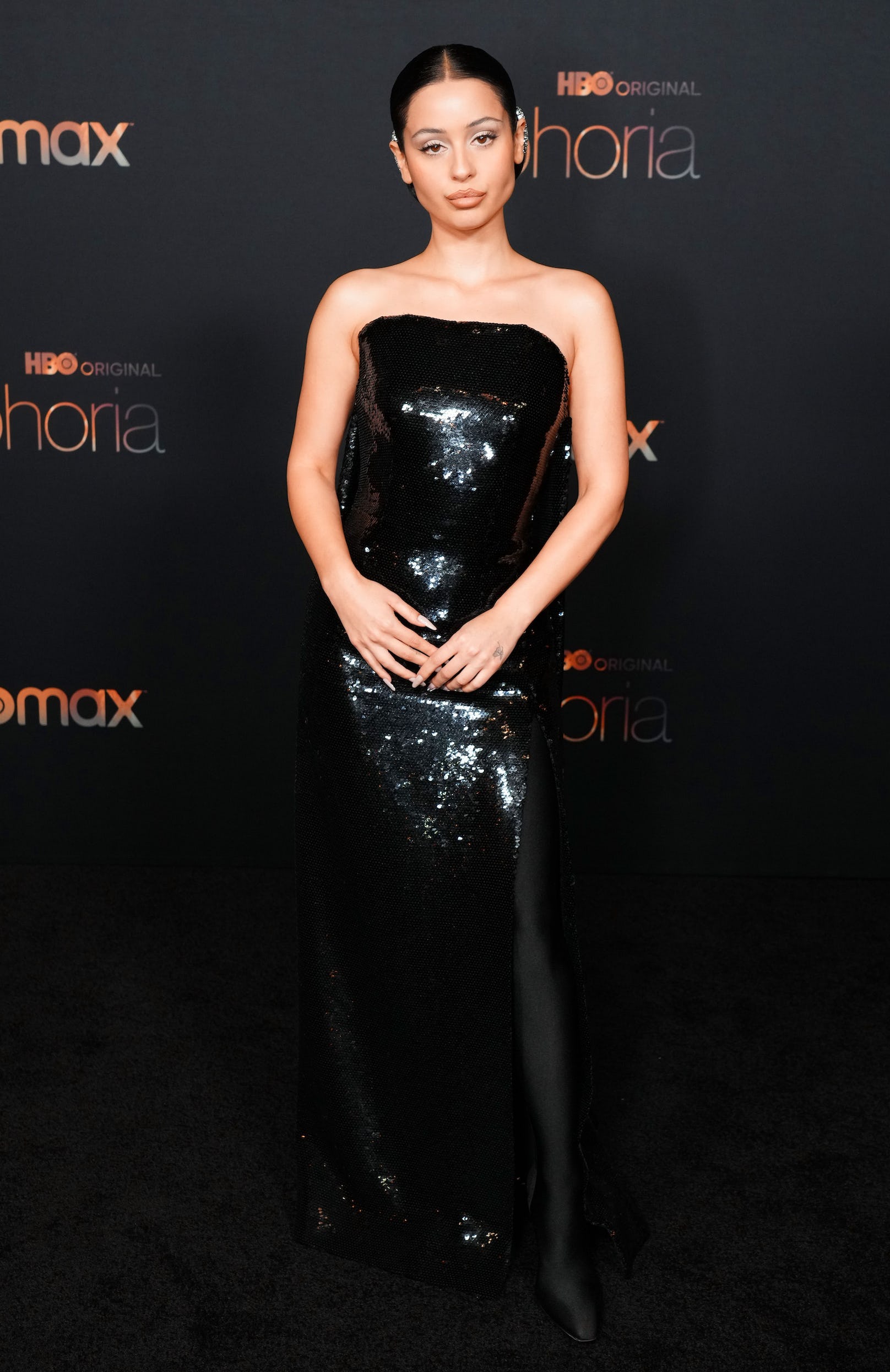 Alexa Demie, called upon Demna for her all-black Balenciaga ensemble, made up of a sequined strapless dress and the brands ubiquitous pantashoes. 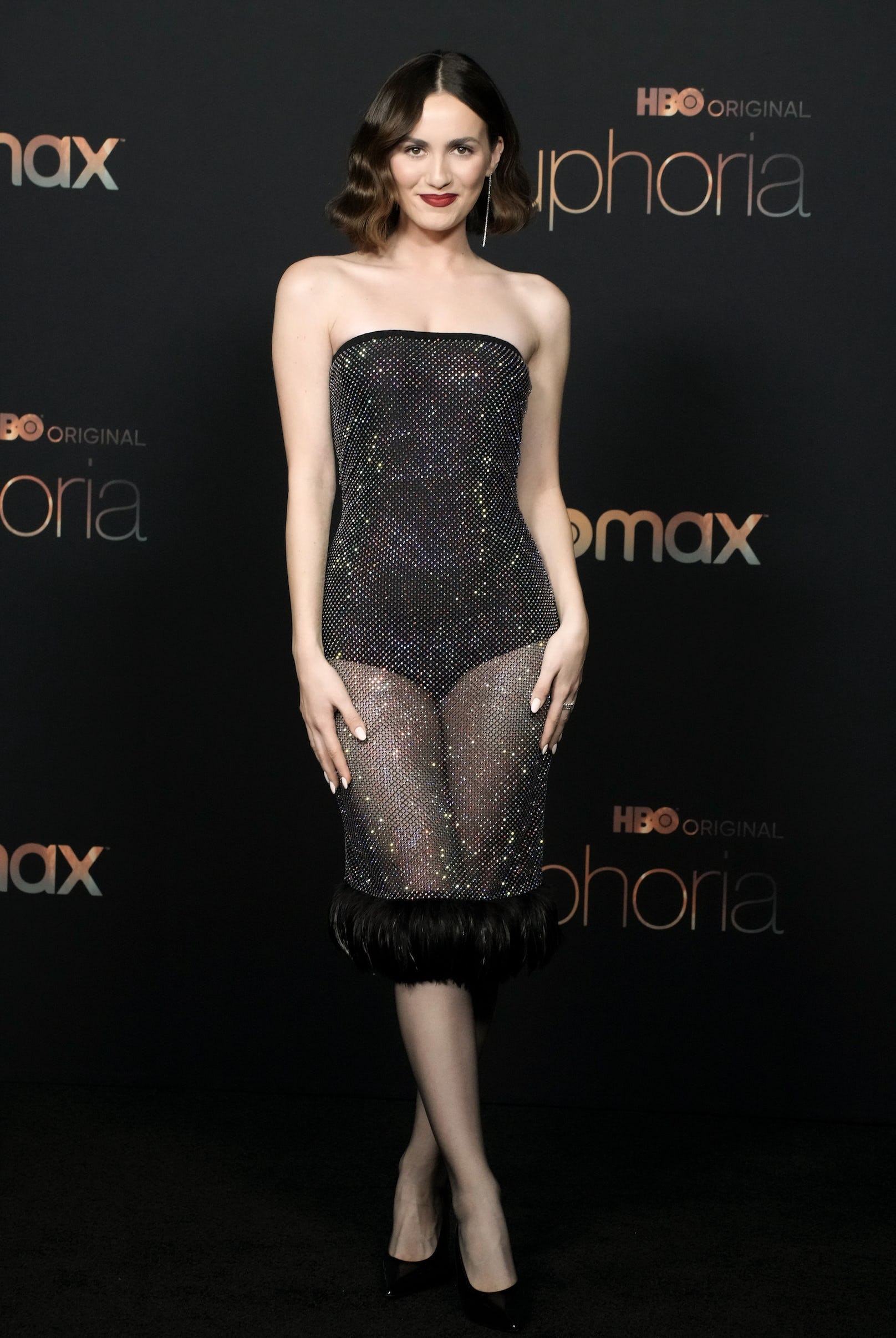 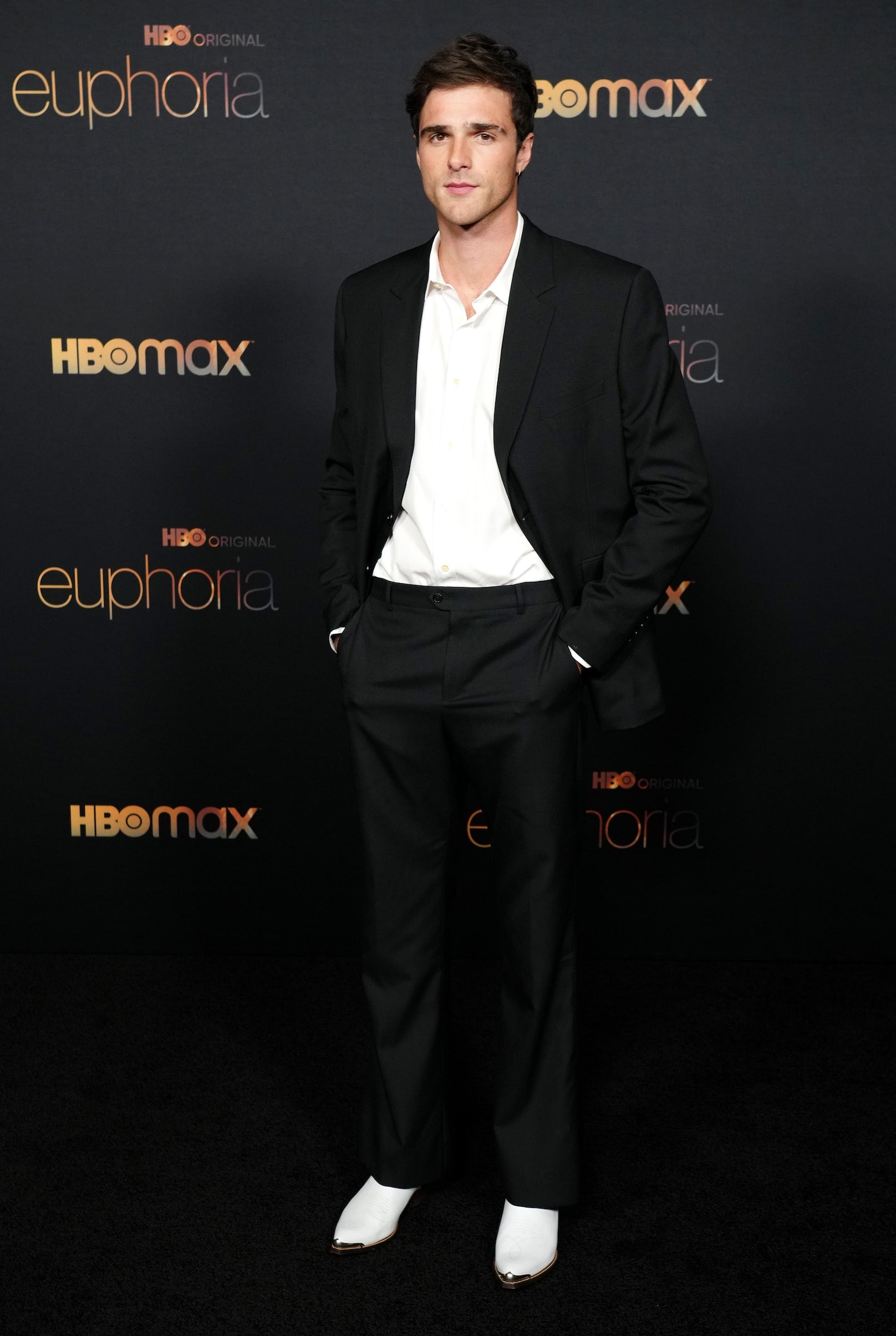 Jacob Elordi rounded out the cast and kept things extremely simple in a black suit and white button down. At least the man knows when to let the real style stars shine.

We are definitely glad we got a small Red Carpet, but we would have loved to see Barbie Ferreira and Storm Reid who were absent from the semi-premiere. It won’t be too long until our screens will be filled Alexa Demie one liners, Zendaya’s prime acting, and Barbie Ferreira’s all around serves.

An American adaptation of the Israeli show of the same name, “Euphoria” follows the troubled life of 17-year-old Rue, a drug addict fresh from rehab with no plans to stay clean. Circling in Rue’s orbit are Jules, a transgender girl searching for where she belongs; Nate, a jock whose anger issues mask sexual insecurities; Chris, a football star who finds the adjustment from high school to college harder than expected; Cassie, whose sexual history continues to dog her; and Kat, a body-conscious teen exploring her sexuality. As the classmates struggle to make sense of their futures, the series tackles the teenage landscape of substance-enhanced parties and anxiety-ridden day-to-day life with empathy and candor. First episode aired in June 2019

Keep Up With 'The Kardashians' on Hulu

Keep Up With 'The Kardashians' on Hulu