All About Arab Fashion Week 2021

Arab Fashion Week 2021 was held in the Dubai’s Design District also known as D3. The ceremony was attended by many influencers and celebrities. It was organized by the brilliant minds of the Arab Fashion Council,  the largest non-profit fashion council and international non-government organization for the Arab World that represents 22 members of the Arab league. The main focus of the Council is to showcase Arab fashion which has become a global interest and whose market has been significantly on the rise.

Here are some closing highlights from Arab Fashion Week.

Ihab Jiryis is Arab Palestinian evening wear and bridal gown designer. Jiryis started his brand 12 years ago, after obtaining his degree in fashion at Shenkar College. Surprisingly, this was Jiryis’ first in-person show during Arab Fashion Week. He showcased designs earlier this year (digitally) in March, which really resonated with the region. His show at Arab Fashion Week 2021 was filled with sequins, gowns, and a color palette of forest greens, nudes, grays, and light blues.

This designer is all about the empowerment of women! She opened day three of Arab Fashion Week, sticking true to her brand of comfortable  day and evening wear. She creates pieces combined with her muse’s individual style. Usually a modest wear designer, Shakar threw a curveball at us since she embraced sleeveless elements. She used light prints and kept her pastel feminine palette. This show also marked a new beginning for Yara and her business. With the help of Arab Fashion Weeks’ partners GoDaddy, she put forth an online store that will now be able to reach international markets.

Sustainability is Ritter’s calling, and he does so with ease. Emergency Room Beirut, which launched six years ago, is a truly sustainable brand. All pieces are completed in Lebanon from the end pieces of fabrics and second-hand materials. Ritter’s Spring- Summer 22 collective was in the form of a narrative story. No music played as the models walked down the runway, but Eric Ritter’s voice could be heard explaining the inspiration for the collection. He was also describing challenges in Lebanon, the meaning behind the textiles but also mentioned how many young Lebanese have left the country.  The audience gave him a  loud applause.

Zeena started her career in fashion in 2013 in the United Arab Emirates. In addition to shows at Arab Fashion Week she has presented at Paris Fashion Week. Her remarkable ability to know what women want in their clothes could be seen in her SS22 collection.  Zaki video called from Costa Rica to share the inspiration behind the collection filled with beautiful sleek evening pieces. A combination of both, stylish and practical, Zaki used lots of silver and black sequins. She really was clever in designing items  that her Arab and Western audience would enjoy. 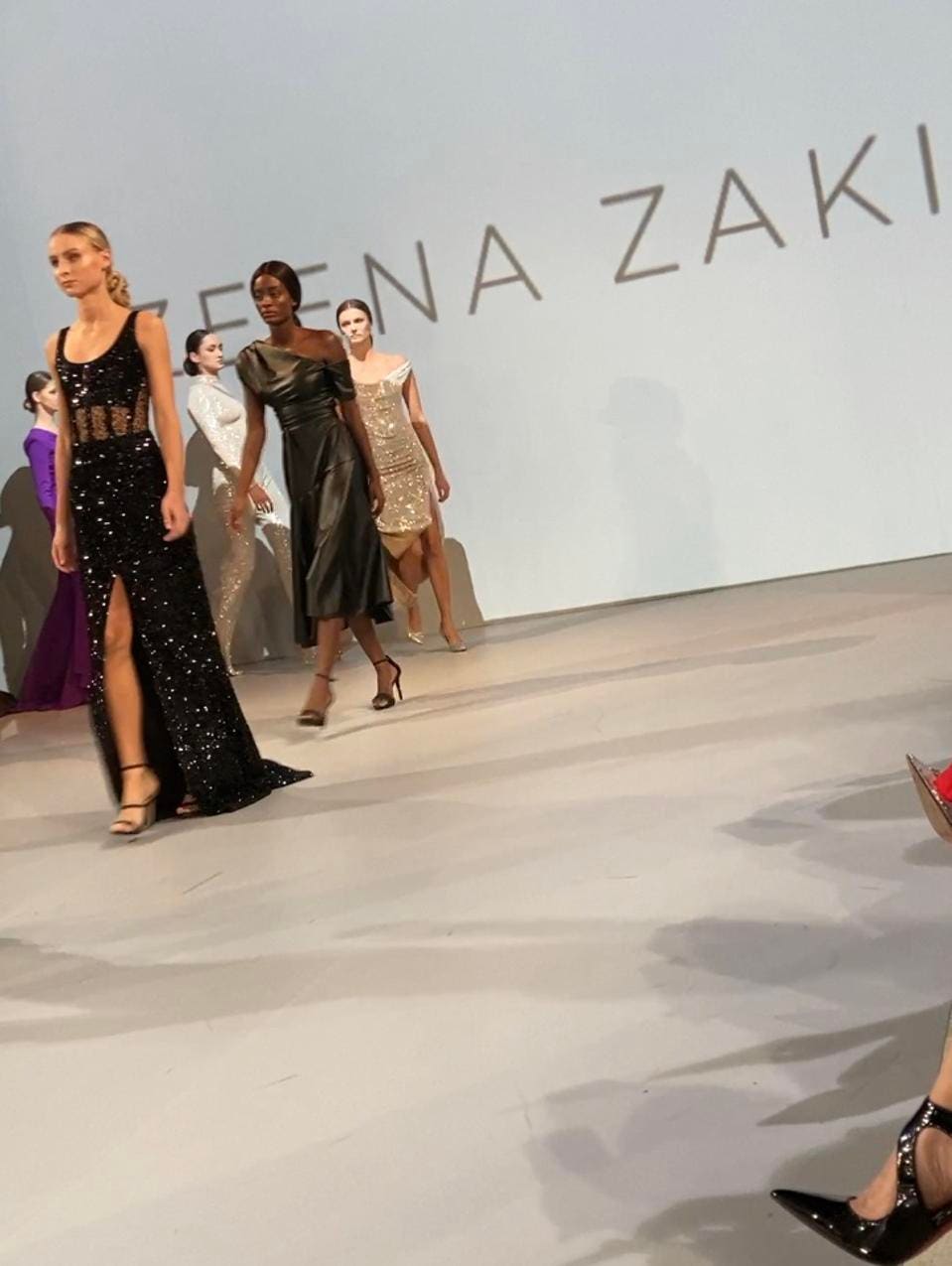 Hailing from the Philippines, Michael Cinco is a Filipino designer stationed in Dubai. As an already established designer, Cinco closed Arab Fashion Week with packed house. A line filled with people itching to get in was formed around the building. This was a complete couture collection, filled with intricate details, range of colors and pure couture craftsmanship. Every piece that graced the eyes of attendees was made to the highest of quality. There were gowns with dramatic shoulders, yet the bottom detailed with feathers. Shimmery dresses were in the colors of golds, greens, and creams! Cinco also created tailored suits for men with beadwork on blazers. 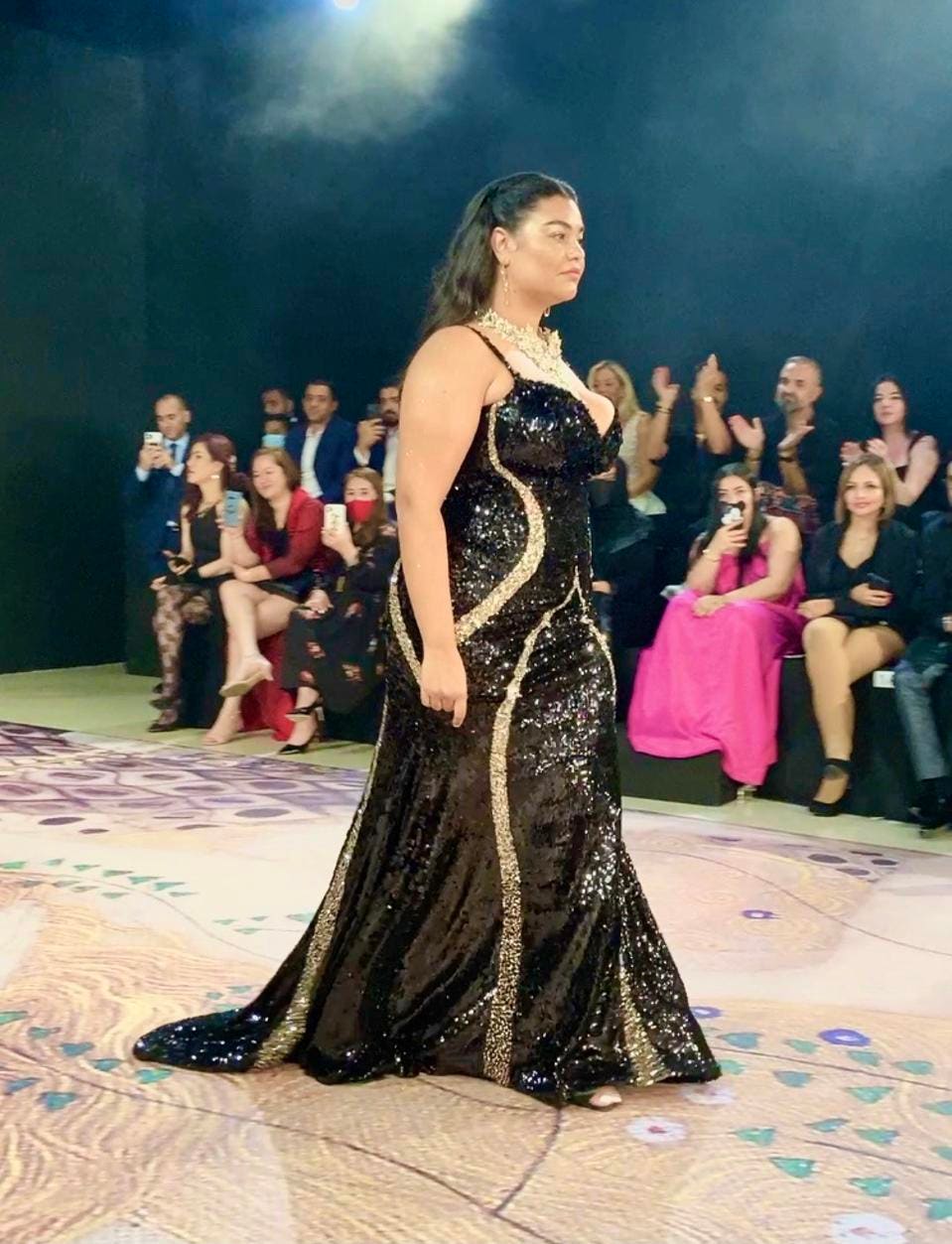 The inclusivity of models didn’t go unnoticed. A model with a prosthetic leg, a model with a prosaic arm, a curvy model, and models with different body types delivered a clear message: Beauty Comes in All Forms. 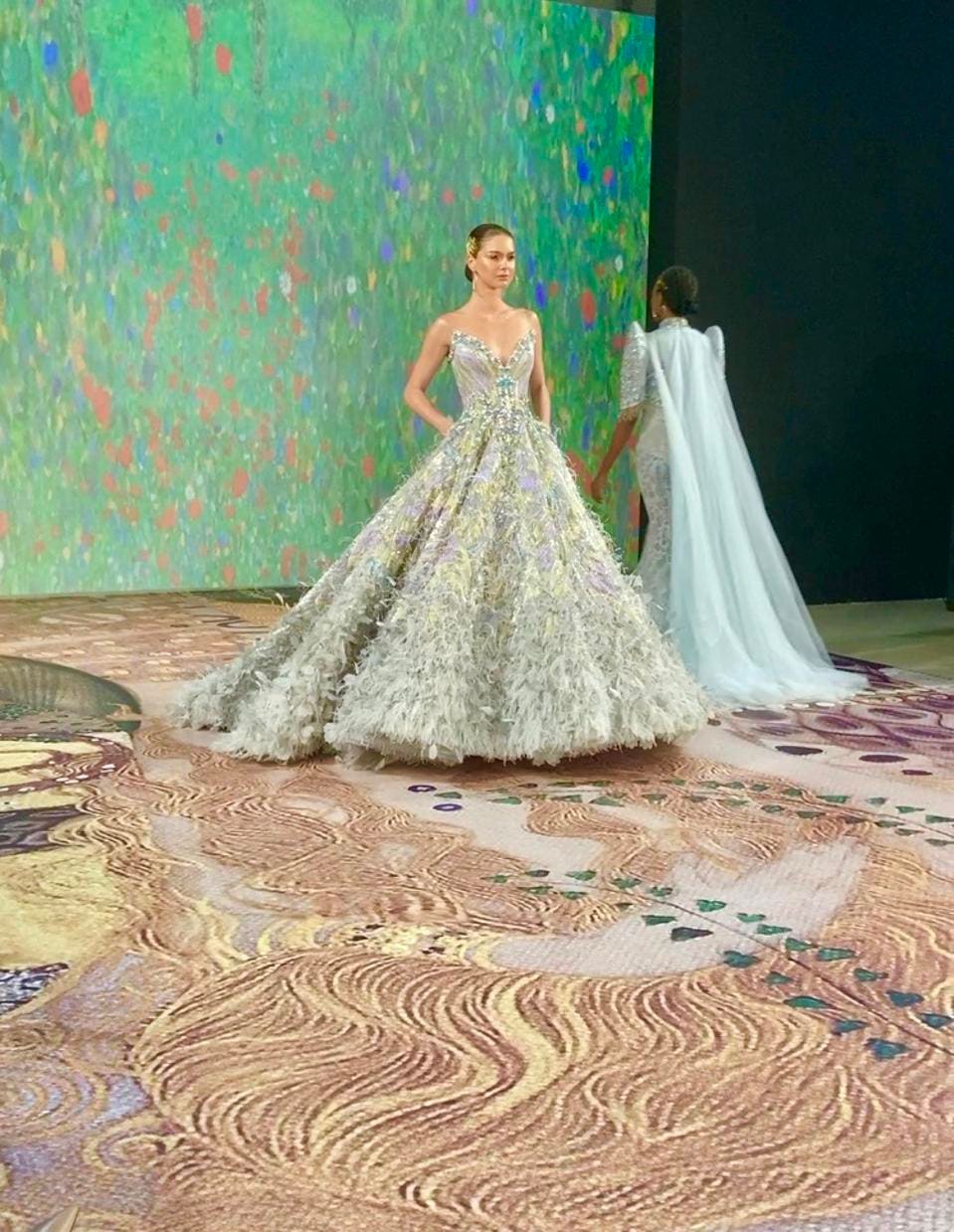