Sheer. And a lot of it. But that can’t really be a surprise from a bold and eccentric designer who has made quite the name for himself in fashion. And sheer is, after all, a fabric that every stylish New York woman (except Mom) should have in her closet.

The designer has been making waves in exploring the complicated relationship between fashion and race, which was evident with the debut of his first collection Black Like Me, examining the connotation of black as a color and identity. And from a quick glance, one might assume his SS18 collection to follow suit, however, like most assumptions, it would be wrong. Because there is so much more to Frederick Anderson than the color of his skin, and that is exactly what he sought to accomplish with his new pieces. As he notes, “It’s about evolution, the world is about evolution.” 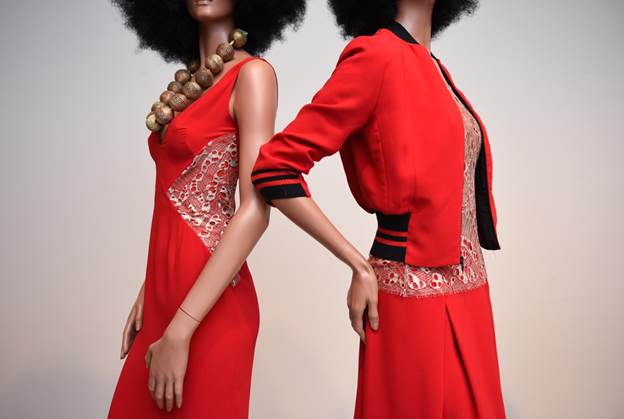 While his first collection depicted the importance of being proud to be black, his second emphasizes that, though it’s important to have pride, it doesn’t matter. “The color of your skin doesn’t matter.” And that leads to the question: who is the man behind the skin of Frederick Anderson? (And, maybe, a self-interested, personal follow-up question: Is he single?)
The truth is that Anderson didn’t start out as a pioneer or even discussed the issues of race. “I’ve never talked about being black in America, but these past couple years it has especially been part of the conversation. I felt it was important for me to be a voice and actually say something about the experience, which is different across the board. Everyone has their own experiences.”
The collection was titled African American and his presentation featured manikins with afros, however, it was done with slight irony. With all the focus on race, Anderson’s own question to fashion is: Why is this still something that matters? By “looking at boxes and lack of boxes and skirting the lines,” the designer showcased that labels are imaginary, and it should all be about the talent, in fashion, and in any other industry.
[slideshow_deploy id=’4245′]
“What is African American? We’ve been obsessed with labels in this country, which I never got. The term originally was used to show heritage and power in a time that was needed, but now America is for everyone.”
In fact, Anderson believes that the word itself takes away from the culture, as Africa is a continent and an individual can be from any country inside. One wouldn’t use the term North American to describe someone from the U.S., so why should it be any different? Why should there be any differences with being black? This doesn’t mean that there isn’t more work that needs to be done to achieve equality, but that it can be done hand-in-hand without the name tags.
Anderson has experienced much success with the different endeavors in his life, but he has had a calling to fashion from a young age, sewing since he was a little kid. “I’ve been successful without having to put a label on it. It wasn’t a gift and I’ve had to work hard. I don’t have to say I’m black, But I happen to be black and a lot of other things.” Though being shy about his skills and success might not be one of those attributes, but why should he? Someone shouldn’t be apologetic for the color of their skin, or what they accomplish through having a dream and working hard. And that’s his message to anyone with passion and a goal. “Learn your craft, learn the business and then launch. It’s not because you’re black that you won’t do anything or because you’re not black. It’s about the story- your story.” 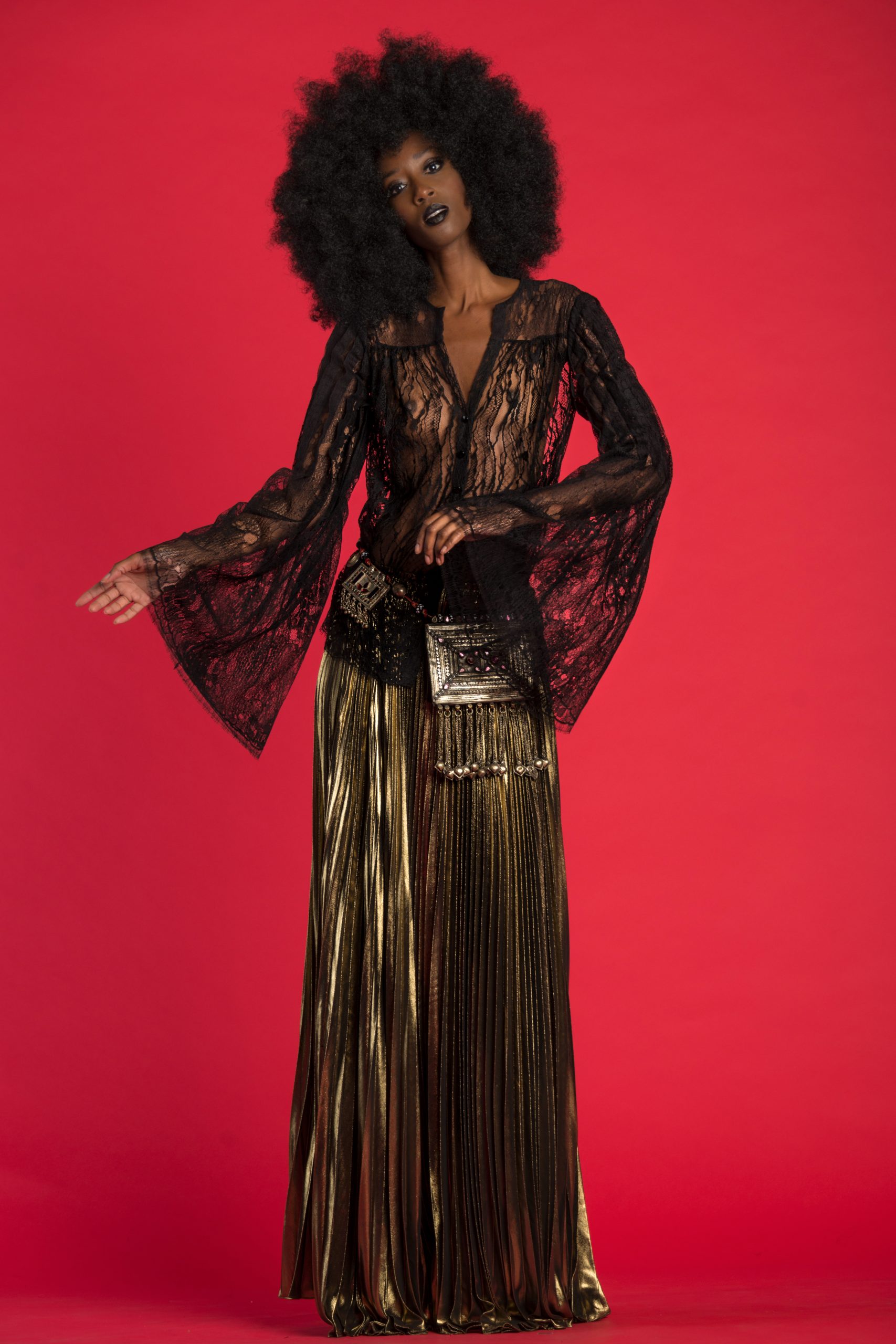 His designs were made for the everyday woman. “Before there was the designer client and everyone else, but now the designer client is all over the place.” And since it’s impossible to know who that might be, Anderson made sure that his clothing can be used to be fabulous at a cocktail party or at the gym (or if you’re feeling adventurous at the gym after cocktails).
The collection has a touch of the previous one with the earthy sexiness of the 70’s juxtaposed with Anderson’s African travel influences. “The color red is a mainstay through embracing the spirit of the vitality, wealth, and aggression of the continent.” And have we mentioned the sheer? (Mom, don’t even think about it.)
So, to answer the question, who is Frederick Anderson? He is someone who has refused to let the color of his skin define him and is using fashion as a channel to encourage others to do the same. Anderson isn’t just breaking apart the arbitrary labels in fashion- he’s erasing them.
Share
FAshion Frederick Anderson interview NYFW SS18
0
Share

American Murderer, written and directed by newcomer Matthew Gentile, is based on a true story- a…
END_OF_DOCUMENT_TOKEN_TO_BE_REPLACED
48
0
Share