Megan Fox and Her Style Transformation

From Transformers to Jennnifer’s Body, Megan Fox’s 20-year long acting career has become synonymous with her status as a sex symbol. Fox first gained recognition in Hollywood in the early 2000s. She captures the beauty of that time and also the most sought after fashion staples of the era. Her style has been: Early 2000s, to Old Hollywood glamour,  to embracing streetwear with a collection of vintage tees and many more! Turning 35 this year, she also has switched her style to vampire chic look that stunned fans and even dyed her hair BLONDE!

We’ve rounded up Fox’s most striking looks.. Take a peak

Promoting one of her first films, Confessions of a Teenage Drama Queen, Fox dresses in a hugging floral dress with a velvet burgundy jacket emulating early 2000s fashion with metallic blue eye makeup.

At the Cosmopolitan‘s 40th Birthday Bash in NYC wearing a pair of shorts, heels and a black knitted V-neck top, styled with a bright orange bag. 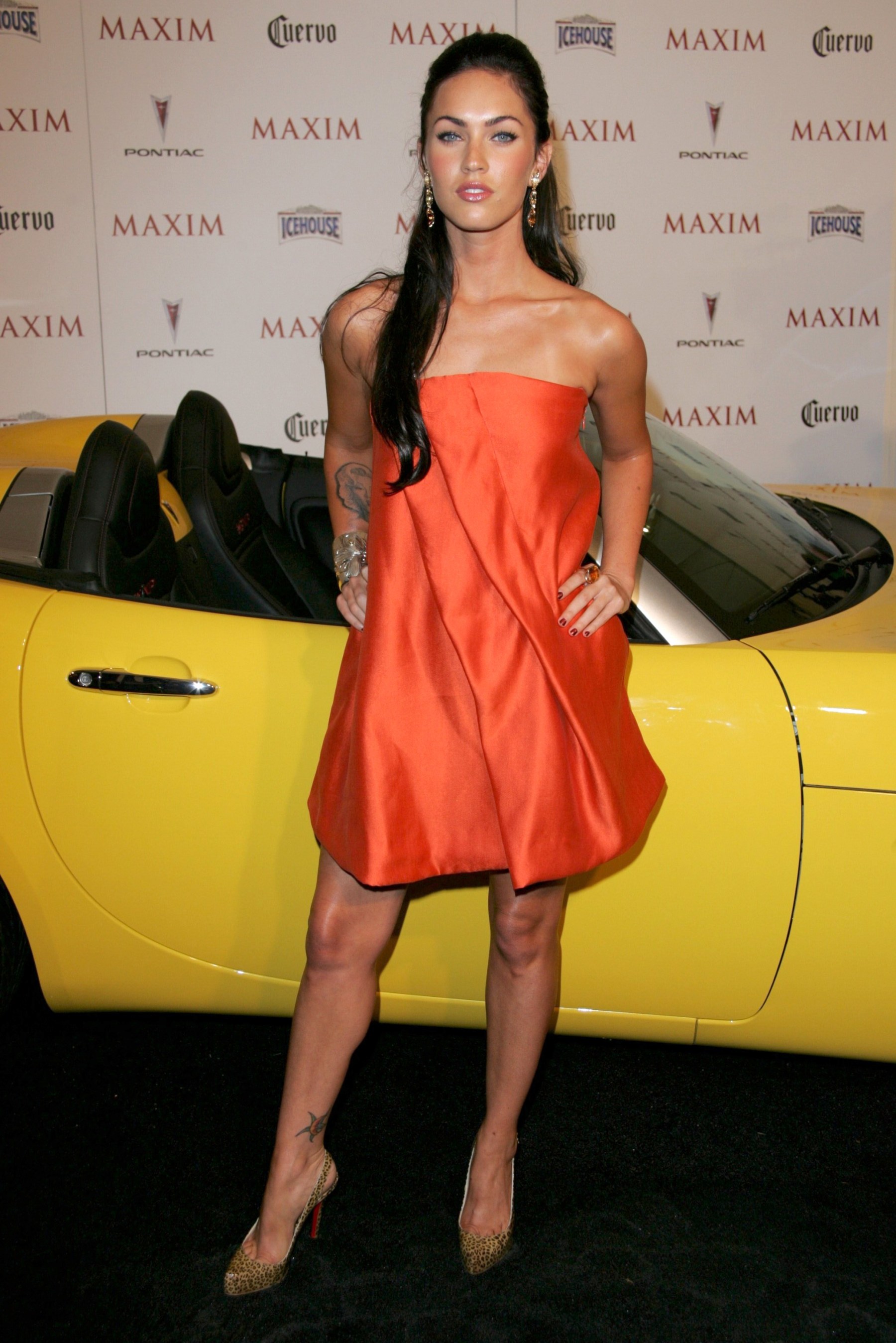 ‘Transformers’ premiere in Sydney, Australia. She wore a baby blue mini dress for the premiere, pairing it with gold-colored pointed-toe heels and a silver necklace.

At the 2008 MTV Movie Awards, Fox was pretty in pink in a dress designed by Zac Posen from his F/W 2008 Collection.

Street ware era! Fox is rocking baby tee-shirts. The mixing of moderns and vintage at its finest!

Megan attended the 70th Annual Golden Globe Awards in a dress by Dolce & Gabbana. The hair, the color, and everything that she exudes stood out on this Red Carpet.

The ‘Teenage Mutant Ninja Turtles’ premiere showing off her legs in a long-sleeved silver and grey embellished dress. This was just months after giving birth to second child!

Megan Fox’s most influential era: The year of 2021!

Dinner at BOA wearing a long black leather coat over her black bralette. She pairs this with jeans and black heels, and of corse the face mask!

The Billboard Music Awards. The star wore a Mugler black dress with cut outs and a sheer ruched midi skirt, teamed with a pair of Jimmy Choo heels and Shay Jewelry for the event.

At the iHeartRadio Music Awards, Fox wore a pink jumpsuit with silver straps and matching heeled pumps to create this Barbie-inspired look.

A bittersweet moments for brunettes as Megan Fox is following in her boyfriend Machine Gun Kelly‘s footsteps and going blonde! In the photo, Megan looks completely different! We have seen over a decade of her signature brunette hair, and now its platinum! Even with this unexpected switch Fox still looks amazing!

We’ve rounded up Fox’s most striking looks over the years and all thats left to be said is that her style evolution is to be praised!