Gordon Farrell, veteran playwright & producer, helped bring an amazing new play Girls Who Walked on Glass, to life in NYC last week- and its only the beginning. The immersive play is about three different women who share their real life experiences, albeit traumatic. Farrell even had these women as contributing authors to the show to ensure it was authentic and from the heart. 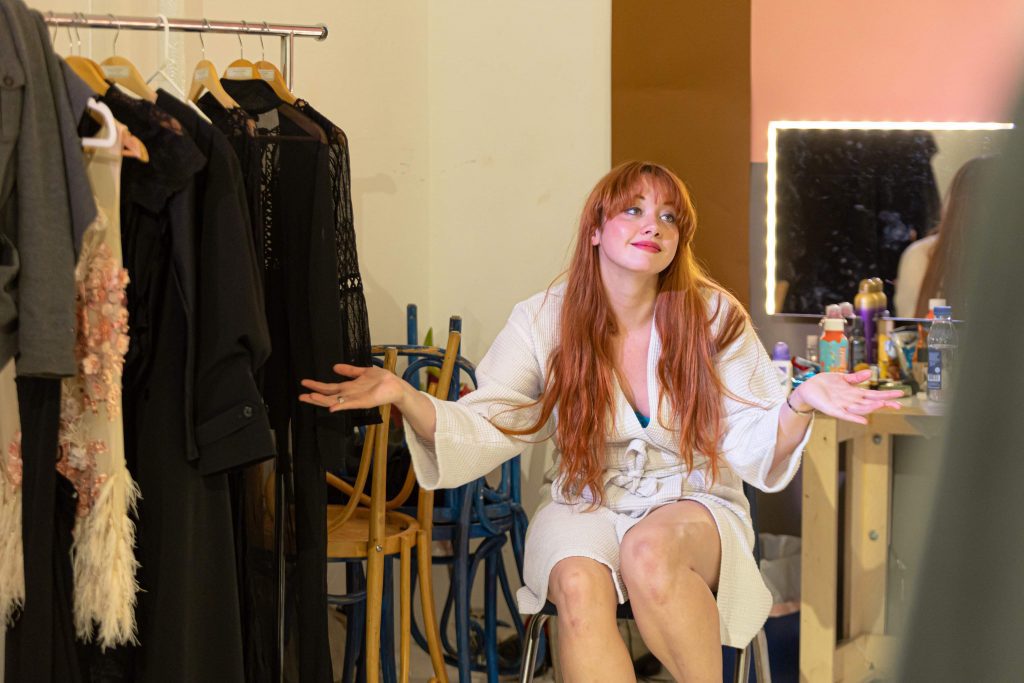 It’s no secret that the lives of women have become even more complex as the world evolves. GIRLS WHO WALKED ON GLASS relays to its audience the actual horrors three young women have endured – such as rape, HIV, and domestic violence. We follow them room to room on their journeys, meeting the people they encounter who offer help and guidance along the way. The set up of the show was very original, splitting the audience into two groups to follow the stories.  Pop Style TV’s Lauren Conlin spoke with Gordon Farrell about his experience:

LC: So how was the reaction to this potentially controversial show and all the hot button issues for women it touches on?

GF: At first we were worried women might object to a man writing something like this, so we made it clear that the idea was conceived and developed by a woman, and I was only serving as a medium for the women who contributed their stories, with the help a female director, Kelly Barrett-Gibson.

LC: As a successful Broadway playwright, though, there must have been some concern you’d overshadow the female collaborators, though?

GF: Well, the publicity people and our media team really wanted to always lead with my name, and I had to shoot them down every time. This project comes from the minds, the hearts and the hard work of numerous women collaborators, and that had to be put in the foreground, way ahead of my name.

LC: What exactly was your role?

GF: I see myself as a facilitator or, if you will, the doorman, helping the next generation get access to the people and the opportunities I was blessed with over the course of my life through sheer luck. This was also my philosophy as a 30-year veteran of the NYU Tisch writing faculty, and even more so now that I’m retired from Tisch.

” I think that it’s wonderful that you have someone like Gordon who is doing that, because in theater as everywhere else, we have that sort of patriarchal structure. And to have someone who is a part of it but chooses to elevate women’s voices I think is wonderful and super supportive.”

Red Productions Events was founded in 2009 by Gordon Farrell and Tatiana Gelfand to present artists’ salons on New York’s LES. Jazz musicians, slam poets, visual artists and indie filmmakers all had their moment to shine — but collections of monologues performed by women, based on the true stories of women, soon became the central mission of Red Productions.

This won’t be the last you see or hear of GIRLS WHO WALKED ON GLASS….

The Glorious Rise and Fall of "Cheugy"

If you have TikTok, there’s a good chance you’ve seen an overload of videos about the word…
END_OF_DOCUMENT_TOKEN_TO_BE_REPLACED
2156
14
Share
Culture

Earth Day is quickly approaching, but how do you celebrate the holiday? It’s not gift-driven…
END_OF_DOCUMENT_TOKEN_TO_BE_REPLACED
2157
22
Share