South Village Hospitality just opened a new 20,000 square foot Italian restaurant, wine bar and beer garden called Ainslie in the space that formerly occupied Vandal at 199 Bowery on the Lower East Side.  Ainslie is brought to you by South Village Hospitality partners AJ Bontempo, Sergio Riva and Mario Riva who own and operate Osteria Cotta on the Upper West Side, Follia in Gramercy, Carroll Place in Greenwich Village and Ainslie’s flagship in Williamsburg, which opened in fall 2019.

This expansive new Ainslie location in Lower Manhattan boasts an airy beer garden that opens to the sidewalk by way of two hangar plane doors with two living floral chandeliers overhead and a Shepard Fairey mural to greet guests. Inside Ainslie is a beer hall with a 50-foot bar and 32 beer taps with games like foosball and shuffleboard. In the back of Ainslie, there is an intimate wine bar positioned in front of an expansive open kitchen, complete with a wood-fired pizza oven.  The restaurant has a stunning dining room with chandeliers overhead and a private dining room, perfect for groups.  A subterranean lounge called The Underground will accompany the space and open later this year with a capacity for 130 seated and 250 for a cocktail style event. There will also be heated outside seating. 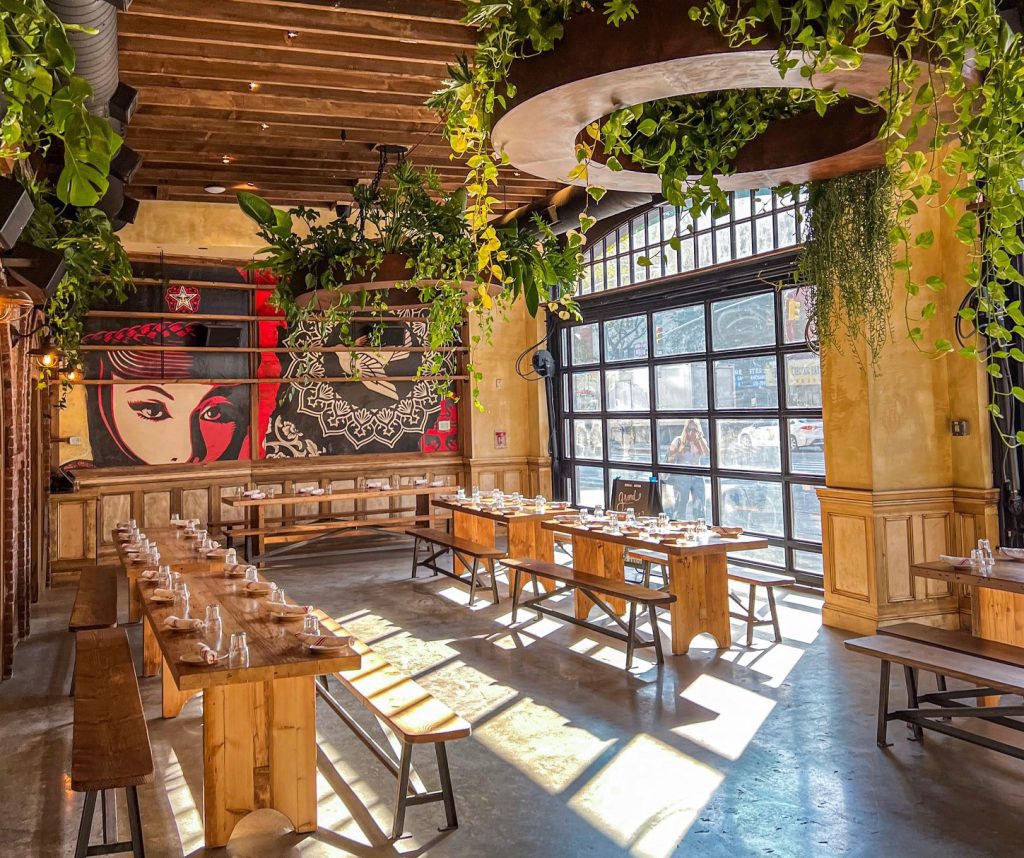 The kitchen at Ainslie is helmed by NYC veteran Executive Chef John DeLucie, who founded Waverly Inn and is currently the Chef and Partner at Empire Diner and Merchants Social in Hudson, NY in addition to having a platform on the new CookUnity Chef Collective in New York, Chicago and Los Angeles. Chef DeLucie’s menu at Ainslie includes Wood Fired Rosemary Wings, a signature Ainslie Burger with prosciutto and gorgonzola dolce served on a Brioche bun, an array of hand-crafted wood-fired pizzas such as The Saltimbocca with fresh mozzarella, prosciutto di parma, sage & white wine, homemade Ravioli, Gnocchi, and Pappardelle, and a Free Range Hanger Steak with watercress, balsamic and truffle fries. 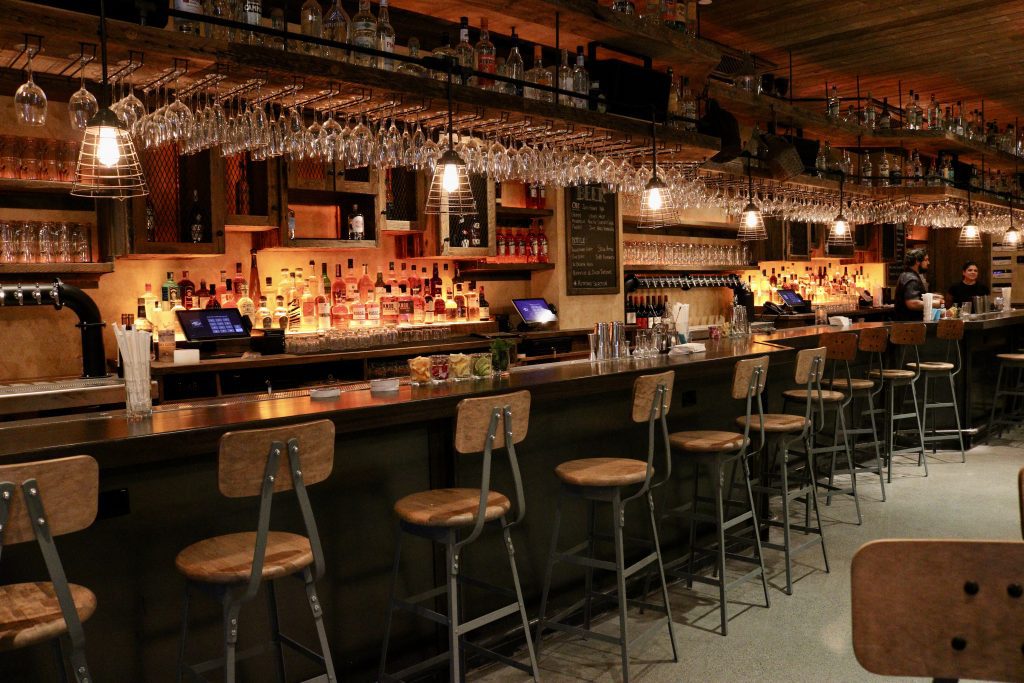 Beverage Director Jessica Duré, formerly with Broken Shaker, heads up Ainslie’s beverage program after many years with South Village Hospitality and will also curate the wine list at the new Bowery location. The restaurant, which boasts multiple bars, has over 20 wines by the glass, four wines on tap and a dozen beers from local and European breweries on tap.