The magical minds of the mixologists at New Amsterdam Vodka are at it again! In a recent sit down at Westville Restaurant, New Amsterdam Vodka team channeled its inner Pineapple Express and came up with a fun, hands on experience making White Russians that Seth Rogan would be more than proud of. This breakfast cereal infused White Russian was satisfying to say the least. 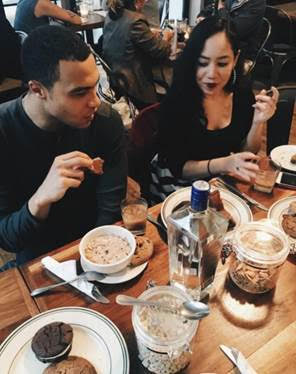 The Pop Style EATs team  sat down to a table with all the best cereals that we used to indulge in as kids. We decided to go with the Cinnamon Toast Crunch and Cookie Crisp mix ( a no brainer right? ). In order to infuse the milk we had to let our favorite cereals soak for a few minutes, and yes we could not resist having a few bites at the same time. We chose the slightly healthier route adding almond milk instead of the standard 2%. Once our time was up and we felt that our milk was infused with all the flavors of childhoods past the cocktail was ready to be assembled. 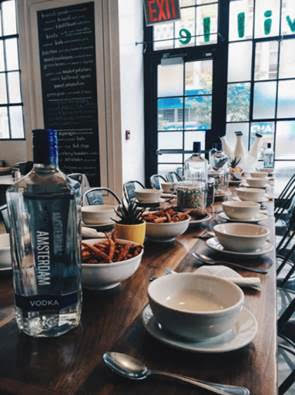 This turned out to be not only one of the best tasting White Russians we’ve ever had, but a fun overall experience creating it with friends.

What is the Future of the Hospitality Industry?

Three months later, the prediction of what the future will bring has been made clear for many…
END_OF_DOCUMENT_TOKEN_TO_BE_REPLACED
2156
36
Share
Food

Pampering your mother during a pandemic isn’t easy, especially if you are supposed to be…
END_OF_DOCUMENT_TOKEN_TO_BE_REPLACED
1209
22
Share
Food

Five NYC Restaurants are Bringing Drinks to Your Door!