Step Out of Africa with Miguel Vieira NYFW SS17

It was sex on the runway at Miguel Vieira’s SS17 NYFW show, and we loved every second of it. Finding the perfect medium between classy and sexy, a lot of the pieces from this year’s collection were inspired by Africa. Showcasing both women’s and menswear at Pier59, the Portugal based designer stole the show.  Miguel infused safari-like patterns into otherwise neutral looks, creating a new style of class and simplicity. A lot of the outfits had a certain sex appeal to them (some more subtle than others), and we had a hard time looking away. 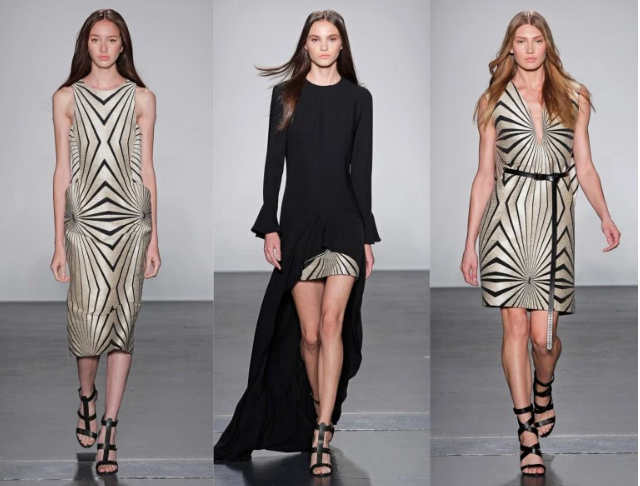 For both women and men, he showcased a lot of black, whites and neutral colors, giving the collection a minimalistic touch, however, it was far from minimal. Mixing striped sequins with solids for women, and mixed prints and fabrics for men, despite the simplicity, every look was anything but boring. Some of the finishing touches on the men were sandals and floral broaches. Though we still don’t encourage sandals outside the household, on the models it worked. 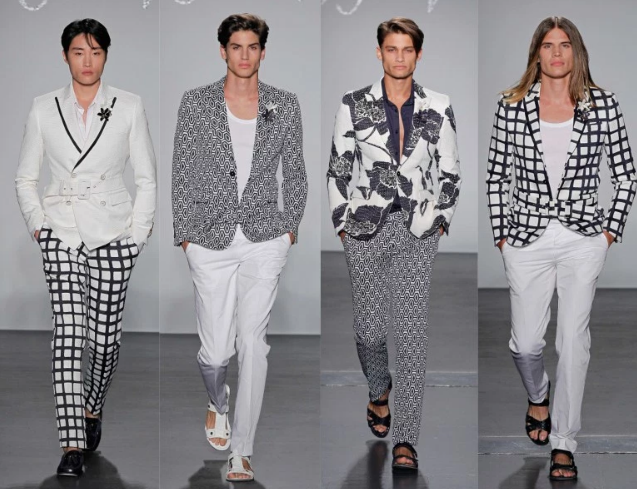 Our favorite looks, of course, involved sheer. Miguel really embraced the nipple this year with a stunning black, sheer gown and no bra. (This look was definitely Rihanna approved.) Another favorite was an all-black gown with only one sleeve and tied at the waist with a belt. Regardless where you’re going, by wearing one of Miguel’s pieces, you’re bound to turn heads and break some necks. 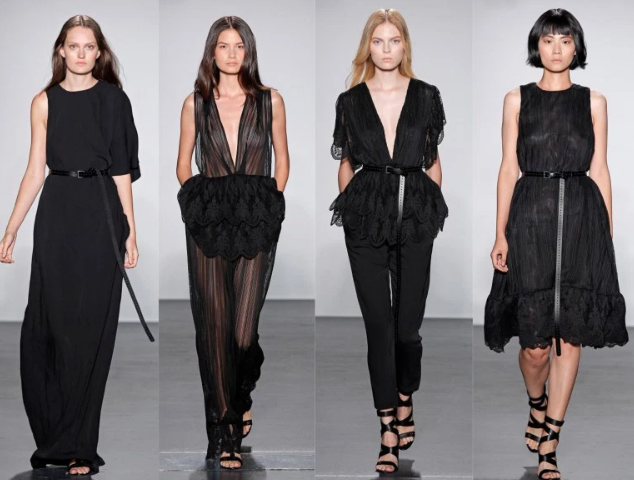 We also had a chance to talk to the world renowned designer after the show, and he shared with us that it was actually his
first show at NYFW. Usually debuting his collections during the European fashion weeks, he decided to do things a little differently this year, and we’re glad he did. Though he hasn’t perfected English yet, when it comes to fashion, he’s fluent.

The coronavirus has brought about one of the latest fashion trends in the form of the face mask.
END_OF_DOCUMENT_TOKEN_TO_BE_REPLACED
1875
23
Share
Fashion