I pledge allegiance to the flag of the United States of America, and to the republic for which it stands, one nation under God, indivisible, with Libertine and fashion for all. 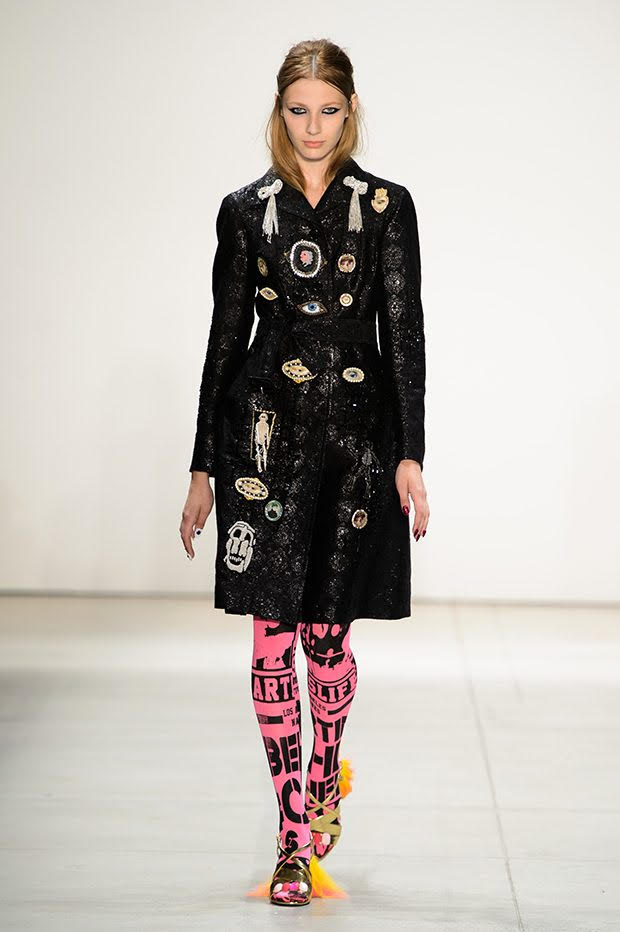 Combining fashion with fun and a little bit (okay, maybe a lot) of funk, over the years, Libertine has solidified itself as one of the few brands that can get away without the seriousness of your typical NYFW runway. We hate everything read the text on the back of one of the jackets, but that couldn’t be further from how we felt about this year’s ss17 collection.  Post-show, Libertine’s designer, Johnson Hartig, admitted the growth of copycat-like embellishments in recent runways. But in fashion, imitation is the ultimate form of flattery. However, this year, he decided to put on a show no one else but Hartig, himself, could successfully execute. 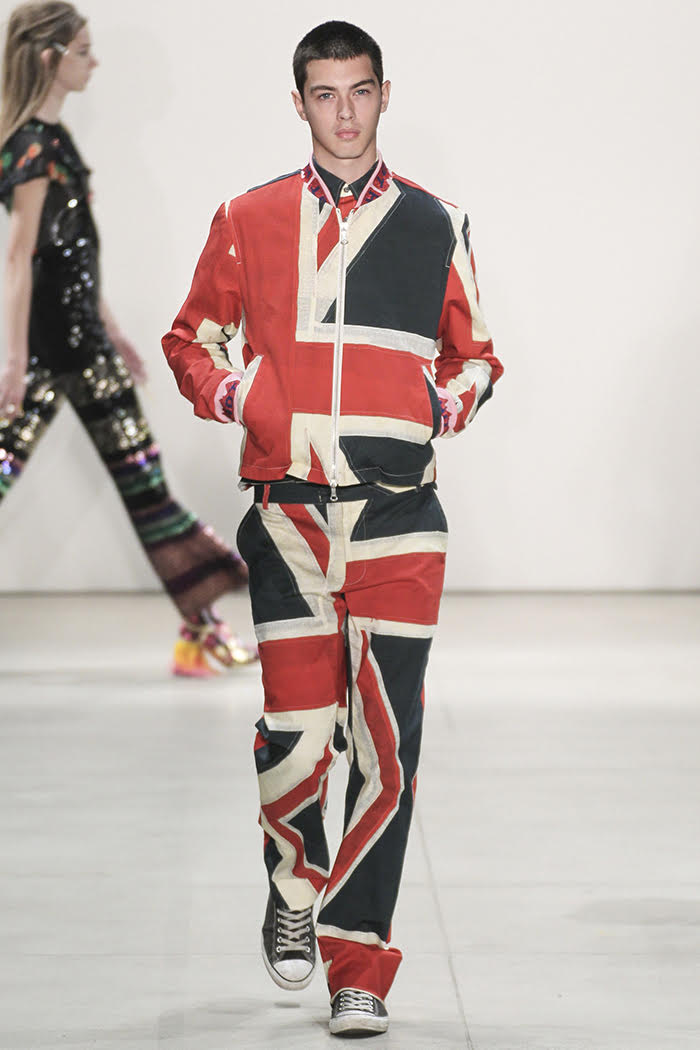 Some of the fabulous pieces were reminiscent of Bob Marley, such as ganja leaf-emblazoned hoodies and shirts. Hartig also increased the ante on his use of monochromatic looks, which is a trend on the rise this season, by combining monochromatic with graphics. If you were wondering whether Hartig is boxers or briefs, that question was answered when one of the models strutted a Bob Marley inspired jacket with briefs. The look might work on the runway, but we don’t suggest it for the streets of Manhattan. 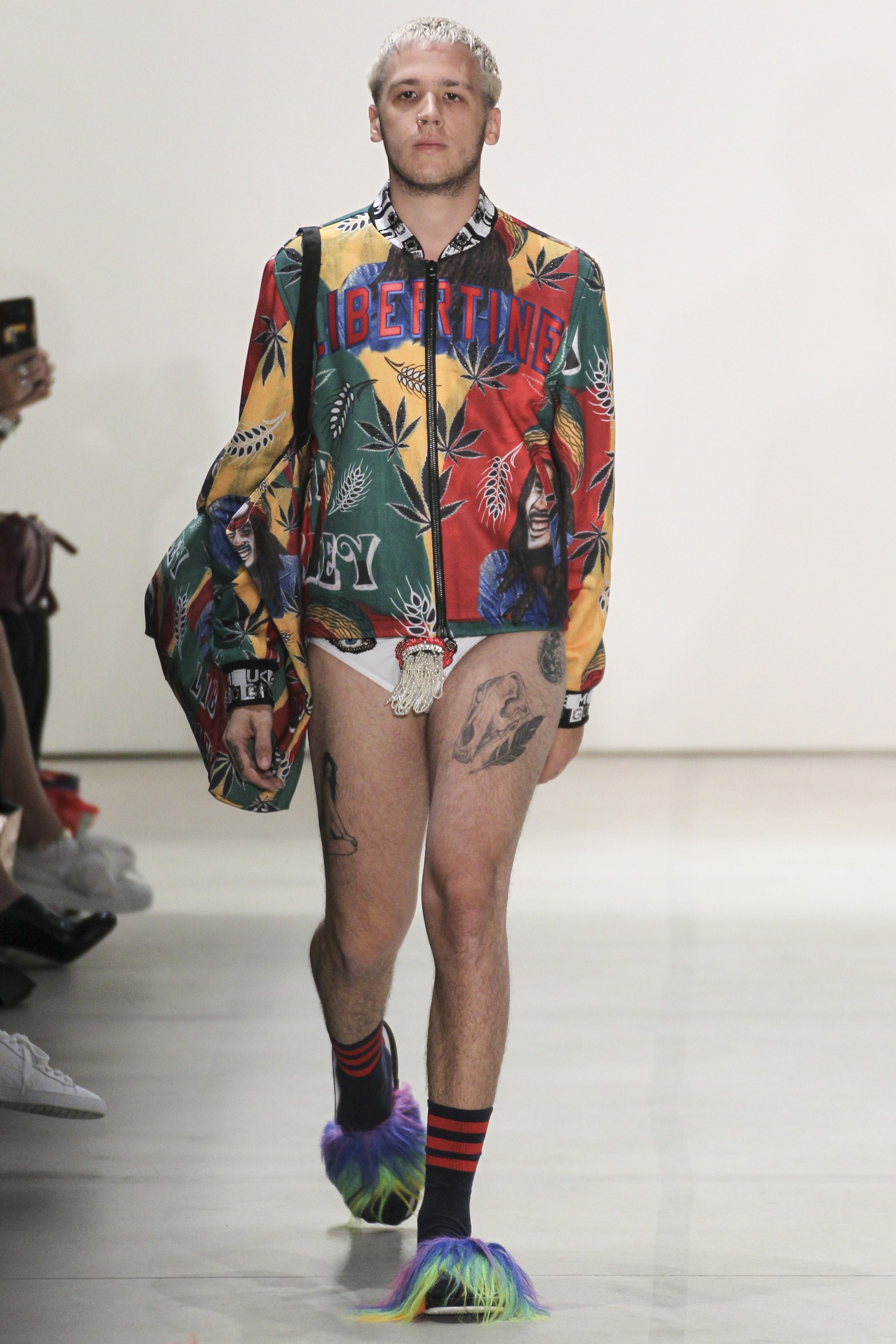 One of the most eye-catching trends this year was his colorful inclusion of colorful featherlike adornments on most of the sandals and heels. Though we’re not exactly sure whether we love or hate it, it’s definitely bound to get someone’s attention. Maybe Big Bird from Sesame Street? The women were also accessorized with extravagantly long and fierce nails. To no surprise, Libertine was in no short supply of rhinestones, beadings, sequins and anything else with sparkle or color. Hartig also made sure to pay homage to his British roots with Union Jack suiting for the boys, and one of of our favorite looks, a tight fitting fluoro shift with Libertine: Chic as Hell printed on it. And all we have to say is: Yes, you are, Libertine. Yes, you are. 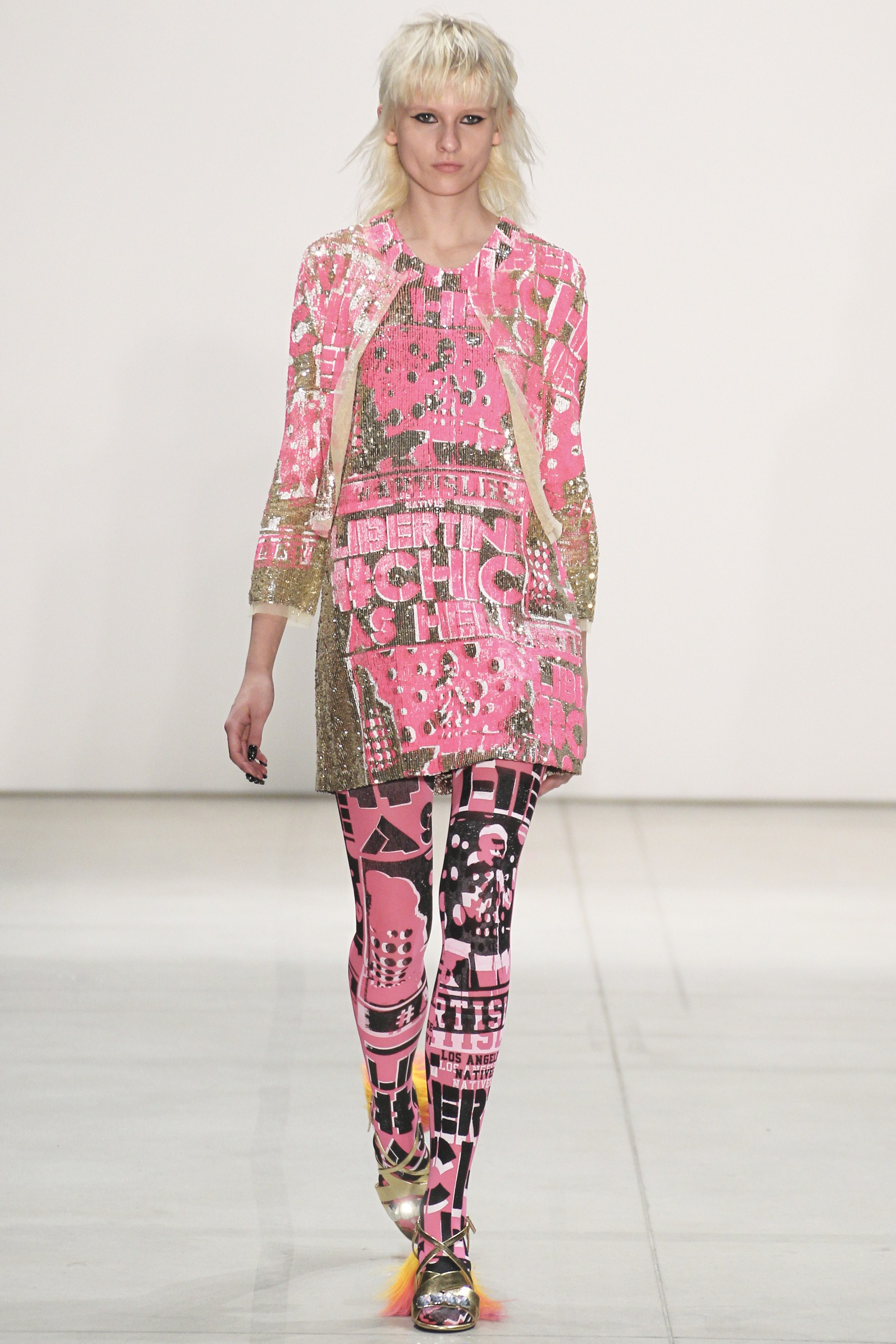 The coronavirus has brought about one of the latest fashion trends in the form of the face mask.
END_OF_DOCUMENT_TOKEN_TO_BE_REPLACED
1875
23
Share
Fashion