The film is based around a dysfunctional family (reminds me of home). Throughout this psychological thriller, viewers are forced to wonder whether it is a mental illness plaguing the family or if there is a dark past behind Judd Hirsch’s character that he isn’t revealing. Overall, the film does come with a few surprises, but I personally was left wanting more unpredictability. The plot can be summed up in a few sentences. A dying man is trying to live the last few moments he has with his biological son and adopted children, while trying to deny the past. His adopted children are visiting home to spend the last few moments with him, but suddenly find out there is a dark secret he has kept from them, that has haunted them their whole life unconsciously. A loving wife and mother, oblivious to the fact her adopted children were psychologically experimented on as children. And last but not least, the biological son that throughout the whole film whines mommy and daddy love him less. It is a perfect family movie for thanksgiving. 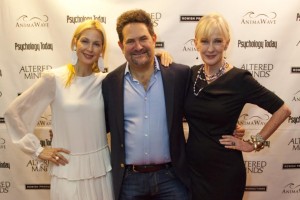 After the film, an open panel with some of the actors, director, and Editor in Chief of Psychology Today answered questions and discussed topics involved in the film. It was followed by a reception, in which guests where able to alter their own minds via open bar.

Domenico Vacca is responsible for bringing back exceptional luxury and quality to fashion. Born in…
END_OF_DOCUMENT_TOKEN_TO_BE_REPLACED
2067
45
Share
Celebrity