Tribute to the King of Stretch Jeans: Elio Fiorucci

A short forty-eight years later, since first opening his first store in Milan in 1967, Elio Fiorucci has passed away at eighty years old. Famous for his stretch jeans and use of bright and fluorescent colors (among other things), Fiorucci left his impact in the world of fashion.

Idealized as both a radical thinker and fashion icon, Fiorucci was introduced to retail when he first started working for his father at the age of seventeen. With big ideas and dreams, he soon opened his own store in Milan, which he characterized as “an amusement park of novelties,” inspired by London’s Carnaby Street. A few years forward, the iconic Fiorucci two-angel logo was born. 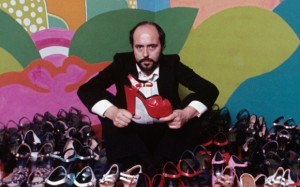 The shop paved the way for youth culture, inspiring others from London to New York. Early fans and clients of his included Andy Warhol and Bianca Jagger. Warhol actually chose the Fiorucci shop window for his magazine interview in 1976. More contemporary admirers now included modern fashion celebrities, such as Naomi Campbell. Campbell has additionally been announced as the latest designer for the Italian label Fiorucci’s denim collection. She commented, “Fiorucci is an iconic brand that I have always admired and wore since I was a child. The brand really embraces the classic style that Italians are renowned for, but also brings an element of sexiness and fun that makes every woman feel good about herself. I am very excited to be collaborating with them on their revival and can’t wait to wear the new jeans collection we’ve created.”

Fiorucci might be gone, but his memory and stretch jeans live on. 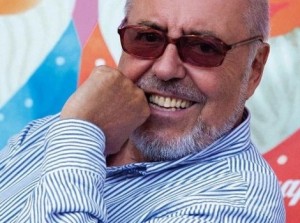 additional photos: klix.ba, pinterest, Photo of the designer with shoes by Giuseppe Pino/Mondadori via Getty Images)

In the era of social media, influencers are both powerful and not at all. Influencers can claim…
END_OF_DOCUMENT_TOKEN_TO_BE_REPLACED
1687
46
Share
Fashion

Between Paris Fashion Week and Milan Fashion Week, there were three fashion shows, or should we say…
END_OF_DOCUMENT_TOKEN_TO_BE_REPLACED
2009
33
Share
Celebrity