On July 7th, 2015, guests came out to The Museum of Modern Art for the New York film premiere of 10.000km. The film stars Natalia Tena of “Game of Thrones” and David Verdaguer. Film was written and directed by Carlos Marques-Marcet. It tells a story about a couple, Alex and Sergi who are trying to make their relationship work with literally 10,000km separating them from Barcelona, Spain to Los Angeles, California. To keep it “spicy” they use modern technology but the distance creates challenges for them. 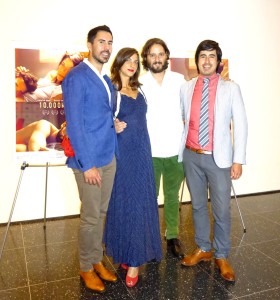 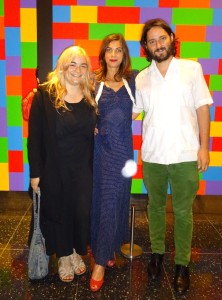 I had a chance to speak to the director Carlos Marques- Marcet before the screening. When I asked him what was the biggest challenge of filming 10,000 km he said: “Shooting in two locations at the same time, two different apartments and two different sets.” I also had the pleasure of speaking with the stunning actress, Natalia Tena. She told me about her friend who recently went through the same experience so that is what interested her in playing Alex. When asked about her view on how technology  could affects a relationship she said: “Technology can create a massive crack in a seamless relationship.”

The real question is can this couple’s relationship stand strong 10,000km apart? I don’t want to give too much away but this romance drama is a must see!

5 LGBTQ+ Films on Netflix to Watch this Pride Month!

The Comeback of Drive-in Movie Theaters

What I Watched in May That You Should Watch in June